In the far future, humanity's descendants scramble to survive in a solar system rife with conflict. Only the Tenno, a faction of powerful warriors, fight to preserve peace and keep the technological masterpieces of the long-dead Orokin out of the wrong hands. But when a faction of enhanced Grineer soldiers begin to scour the Earth for a particular hidden artifact, only a lone Tenno and a blinded girl can stop them. 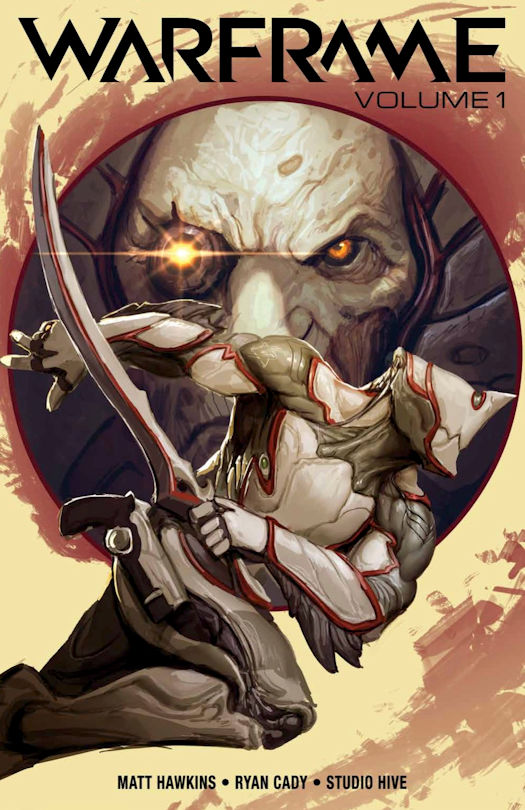 ABOUT IMAGE COMICS
Image Comics is a comic book and graphic novel publisher founded in 1992 by a collective of bestselling artists. Image has since gone on to become one of the largest comics publishers in the United States. Image currently has five partners: Robert Kirkman, Erik Larsen, Todd McFarlane, Marc Silvestri, and Jim Valentino. It consists of five major houses: Todd McFarlane Productions, Top Cow Productions, Shadowline Comics, Skybound Entertainment, and Image Central. Image publishes comics and graphic novels in nearly every genre, sub-genre, and style imaginable. It offers science fiction, fantasy, romance, horror, crime fiction, historical fiction, humor and more by the finest artists and writers working in the medium today. For more information, visit www.imagecomics.com.
Posted by Qwill at 4:55 AM