Please welcome Callie Bates to The Qwillery. Callie is the author of The Waking Land series - The Waking Land (2017) and The Memory of Fire which was published on June 5th by Del Rey. 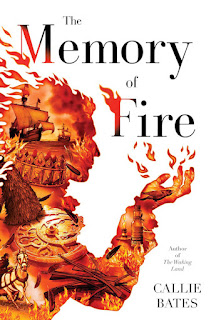 Callie:  My writing process remained much the same from The Waking Land to The Memory of Fire—I still handwrote the first draft, then transferred to the computer for revisions and edits. (Having said that, I made significant changes in how I drafted the third book in the series—I learned how to revise much more effectively!)

TQ:  What do you wish that you knew about book publishing when The Waking Land came out that you know now?

Callie:  I wish I had been able to take the advice to chill out and not worry so much about everything! Perhaps inevitably, everything seems much more fraught and urgent when your first novel comes out—and like most things in life, in hindsight, it wasn’t quite as monumental as it seemed.

TQ:  Which method or methods do you use to keep track of your characters' traits, eye color, etc. and events in the novels?

Callie:  A lot of those traits are ingrained in my mind at this point (or so I claim), but I have also found Scrivener’s Characters/Places/Research templates quite handy, especially early in the drafting process when it feels like my brain is imploding.

Callie:  There’s a gap of about two months from the epilogue in The Waking Land to Chapter 1 in The Memory of Fire. Enough time for political tensions to have escalated!

TQ:  Please tell us a bit about how the magic system in The Waking Land series works.

Callie:  Magic in this world is highly individualized; there is as much variation in people’s abilities as there is in their personalities. Especially since magic hasn’t been taught or widely practiced in a long time, the characters are still discovering all that is possible with sorcery. At one point in The Memory of Fire, Jahan explains that magic is the fulfillment of the potential in anything—for example, it’s possible to light a candle with his mind because the potential for fire exists in the candle.

TQ:  How difficult or easy was it for you to change your 1st person point of view character for The Memory of Fire?

Callie:  It actually turned out to be much more difficult than I thought it would! I ended up rewriting the book quite thoroughly because I didn’t get Jahan’s voice right on the first go-round. But maybe this is, in part, a typical challenge for a second novel—I think we authors tend to put a lot of pressure on ourselves with the next book.

TQ:  Which character in the The Waking Land series (so far) surprised you the most?

Callie:  I would say, as a pair, Sophy and Alistar have been the most unexpected! While I intended for years to write about Elanna and Jahan, Sophy and Alistar both individually just showed up as I was writing The Waking Land—Sophy demanding in her diffident way to be seen, and Alistar bounding onto the page. And now Sophy’s getting her own book, the third in the trilogy, which I would not have foreseen before writing TWL.

TQ:  Please give us one or two of your favorite non-spoilery quotes from The Memory of Fire.

Callie:  “I look into her eyes. I need to remember them as long as I can, but I already know how the memories will slip and fade. I know what it’s like to wake up on that stone table, with nothing but the certainty of loss.”

Callie:  I’m finishing up the third book in The Waking Land series, which as I said is about Sophy, who’s trying to figure out how to rule a kingdom, and her heart. I can’t wait to share it with the world!

Callie:  Thanks for having me! 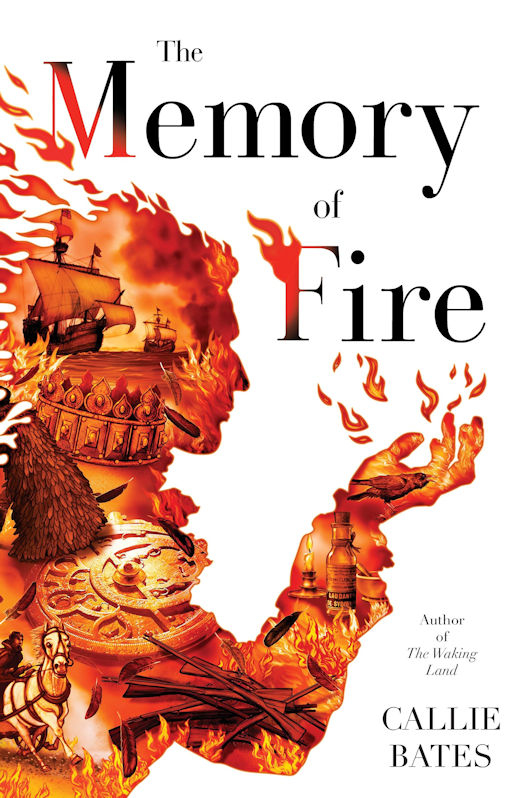 Callie Bates’s debut novel, The Waking Land, announced the arrival of a brilliant new talent in epic fantasy. Now, with The Memory of Fire, Bates expertly deepens her tale, spinning glittering threads of magic and intrigue into a vibrant tapestry of adventure, betrayal, and romance.

Thanks to the magic of Elanna Valtai and the Paladisan noble Jahan Korakide, he lands once controlled by the empire of Paladis have won their independence. But as Elanna exhausts her powers restoring the ravaged land, news that the emperor is readying an invasion spurs Jahan on a desperate mission to establish peace.

Going back to Paladis proves to be anything but peaceful. As magic is a crime in the empire, punishable by death, Jahan must hide his abilities. Nonetheless, the grand inquisitor’s hunters suspect him of sorcery, and mysterious, urgent messages from the witch who secretly trained Jahan only increase his danger of being exposed. Worst of all, the crown prince has turned his back on Jahan, robbing him of the royal protection he once enjoyed.

As word of Jahan’s return spreads, long-sheathed knives, sharp and deadly, are drawn again. And when Elanna, stripped of her magic, is brought to the capital in chains, Jahan must face down the traumas of his past to defeat the shadowy enemies threatening his true love’s life, and the future of the revolution itself. 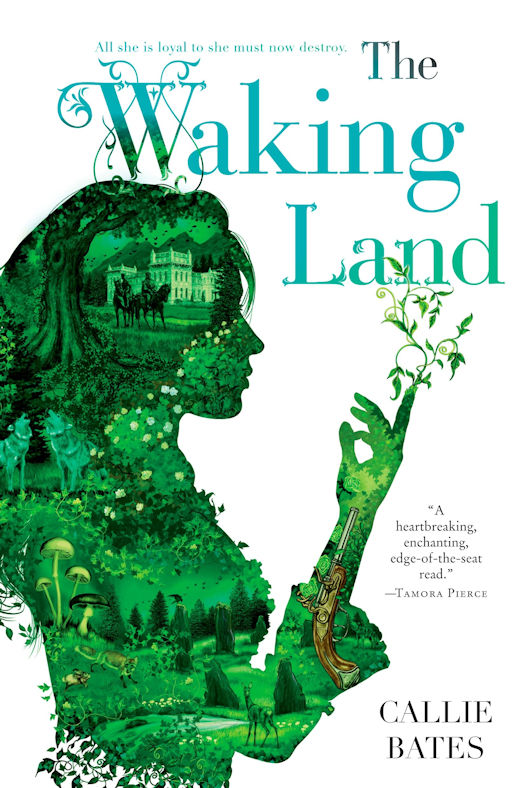 Callie Bates is a writer, harpist and certified harp therapist, sometime artist, and nature nerd. When she’s not creating, she’s hitting the trails or streets and exploring new places. She lives in the Upper Midwest. She is also the author of The Waking Land.