Interview with Jeremy Finley, author of The Darkest Time of Night


Please welcome Jeremy Finley to The Qwillery, as part of the 2018 Debut Author Challenge Interviews. The Darkest Time of Night is published on June 26th by St. Martin's Press. 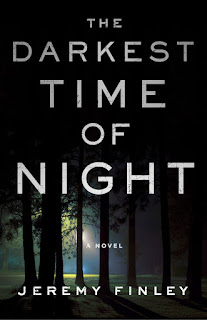 Jeremy:  The epic tale of my dog using GI Joe toys to rescue bunnies stuck in my family’s drainage ditch. In retrospect, it sounds like a bad drug trip.

Jeremy:  Remember the dog from the movie “UP?” Instead of “squirrel!” I sit at the blank page in front of me while my head whips around to “Baseball scores! Movie trailers! Unfolded laundry!”

Jeremy:  The constant need to verify what I’m claiming. In investigative reporting, it’s best to always have hard, undisputable proof of corruption. So in my fiction writing, if I’m describing, let’s say, an ashtray from the 1970s, I have to make sure I have the details right, down to the reflective amber color and the smooth notches to rest the smokes. I imagine they looked incredible alongside green shag carpets.

TQ:  Describe The Darkest Time of Night in 140 characters or less.

Jeremy:  When a U.S. Senators’ grandson goes missing, the politician’s wife must return to her hidden, controversial research into vanished people to try and find him.

TQ:  Tell us something about The Darkest Time of Night that is not found in the book description.

Jeremy:  Beneath the suspense of trying to find a missing child, it is also a story of a marginalized grandmother who begins a journey to recapture the young woman she always intended to be.

TQ:  What inspired you to write The Darkest Time of Night? What appealed to you about writing a thriller?

Jeremy:  The inspiration came from my mother-in-law’s startling admission that when she was young, she worked as a secretary in a university’s astronomy department for a professor who did UFO research. She used to take bizarre messages for him about mysterious sightings. I laid awake that night and thought that this could make a hell of a speculative thriller, which is, hands down, my favorite genre to read.

TQ:  What sort of research did you do for The Darkest Time of Night?

Jeremy:  I spent a lot of time examining the research of organizations in the 1950s and 1960s that investigated UFOs. This was obviously before the Internet, and it’s fascinating how they were still able to gather accounts and data from all over the world. Also, they were undeterred despite the scrutiny and disbelief they faced.

TQ:  Please tell us about the cover for The Darkest Time of Night.

Jeremy:  The cover is exactly – and I mean exactly – what I pictured in my mind when I wrote the first draft of the novel. It perfectly captures the ominous woods where the mystery begins and – hopefully – makes potential readers wonder, “What is that faint light in the trees?”

TQ:  In The Darkest Time of Night who was the easiest character to write and why? The hardest and why?

Jeremy:  The main character, Lynn, has a best friend by the name of Roxy Garth. I could write Roxy all day, because her endless sarcasm comes naturally to me. Writing from Lynn’s perspective was a challenge because, obviously, I am not a sixty-something woman. But I had two great ladies as grandmothers, and my mother and mother-in-law have given me great material to create strong heroines.

TQ:  Which question about The Darkest Time of Night do you wish someone would ask? Ask it and answer it!

The answer is no, I had another title that I clung to like a child and his favorite blanket. But my brilliant publisher knew there was a better title out there, and after thirty or so failed suggestions on my part, it finally came to me. I’m so thrilled with the title now, and I will be forever grateful to the publisher for pushing me to strike the right tone.

TQ:  Give us one or two of your favorite non-spoilery quotes from The Darkest Time of Night.

Jeremy:  “I wish I could go back to the beliefs I had before this, where the only purpose of the stars was to bring us light in the dark. Now I cannot look too long into the heavens for fear of what I might see.”

Jeremy:  Just finished the sequel to The Darkest Time of Night. I hope you’ll enjoy the novel enough to want to find out what happens next, because the Roseworthy family has no idea what I have in store for them.

Jeremy:  I so appreciate the opportunity! 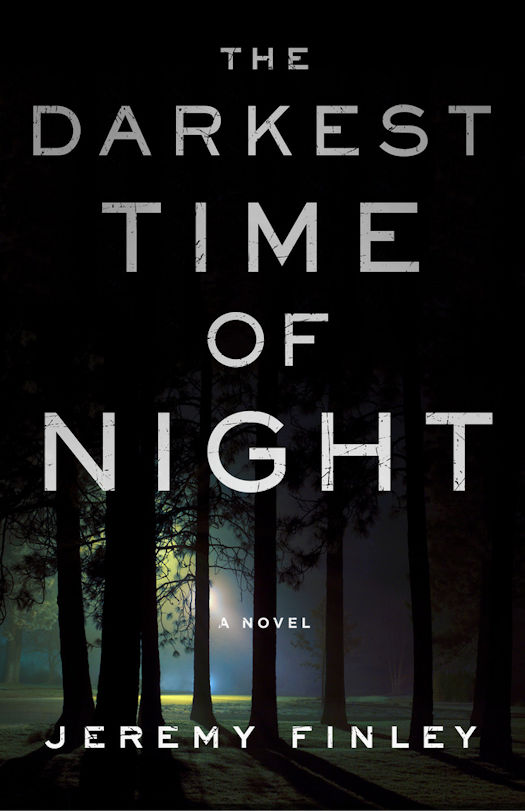 Investigative journalist for WSMV-TV in Nashville, Jeremy Finley's debut thriller explores what happens to people’s lives when our world intersects with the unexplainable.

"The lights took him."

When the seven-year-old grandson of U.S. Senator vanishes in the woods behind his home, the only witness is his older brother who whispers, “The lights took him,” and then never speaks again.

As the FBI and National Guard launch a massive search, the boys' grandmother Lynn Roseworth fears only she knows the truth. But coming forward would ruin her family and her husband’s political career.

In the late 1960s, before she became the quiet wife of a politician, Lynn was a secretary in the astronomy department at the University of Illinois. It was there where she began taking mysterious messages for one of the professors; messages from people desperate to find their missing loved ones who vanished into beams of light.

Determined to find her beloved grandson and expose the truth, she must return to the work she once abandoned to unravel the existence of a place long forgotten by the world. It is there, buried deep beneath the bitter snow and the absent memories of its inhabitants, where her grandson may finally be found.

But there are forces that wish to silence her. And Lynn will find how far they will go to stop her, and how the truth about her own forgotten childhood could reveal the greatest mystery of all time.

The Darkest Time of Night is a fast-paced debut full of suspense and government cover-ups, perfect for thriller and supernatural fans alike.

JEREMY FINLEY is the chief investigative reporter for WSMV-TV, the NBC-affiliated station in Nashville. Jeremy Finley’s investigative reporting has resulted in some of the highest honors in journalism, including more than a dozen Emmys, Edward R. Murrow awards and a national certificate from Investigative Reporters and Editors. He lives with his wife and daughters in Nashville, TN. The Darkest Time of Night is his first novel.