I think the title of this post needs to be changed to 'Melanie's Fortnight in Review'. I haven't been reading that much recently has I have the worlds worst sinus cold and just can't concentrate on reading so I started downloading NetFlix and Amazon Prime shows and watching them on my way into work. I have been binge watching the re-boots of Dynasty (excellent!), Queer Eye (hmmmm...some episodes are better than others) and Riverdale (getting stupidier) and finally Lucifer. In my defense Neil Gaiman created the characters on Lucifer so I rationalise that it is as good as reading. :-)

What I have read is Patricia Briggs' fifth novel in her Alpha and Omega series, Burn Bright. My fellow reviewer Doreen has already reviewed this book and I agree with her comments. I also enjoyed this instalment and in recent years have started to prefer the pack assassin Charles and his werewolf calming Omega, Anna over the Mercy Thompson series. I think this is the first time that events in both series have come so close together. I did feel there were a couple of 'holes' or parts missing. So what did I do? I re-read the first 4 books of the Alpha and Omega series.

I actually started with the prequel short story to this series and then plowed my way through Cry Wolf, Hunting Ground, Fair Game, and Dead Heat. I did really enjoy the re-read especially the earlier books. I like how Anna doesn't let her tragic past define who she is now. I also appreciate how in these novels Briggs doesn't feel the need to put Anna through the ringer like she does with Mercy Thompson. Anna is perfectly capable of getting into trouble without getting beaten up, attacked, burned, or kidnapped (or at least not as much).


The thing I thought that was missing in Burn Bright was Anna's desire to have children. In book 3 Charles was willing to adopt but by book 5 there was no mention of children. I wasn't sure if this was intentional or not. It felt like it was a plot point that was forgotten rather than left behind. I thought that Burn Bright had some really interesting insights into characters that have been around since book 1. The dynamic between Leah and almost everyone else was quite interesting but I really wondered why Briggs thought it necessary to reveal that Bran sent Mercy away as a teenager for fear of her becoming his mate. That was a bit 'eeewwww' in my view.

I am sure I have told you all about my views of each of these books so I won't put you through that again. What I can say is that I found it really useful to read these books all again and back to back. There aren't that many series where you want to do this but this is one of them.

This is a a short one for me this week. Fingers crossed my cold goes away so I have something new and exciting to tell you about next week. Until then Happy Reading! 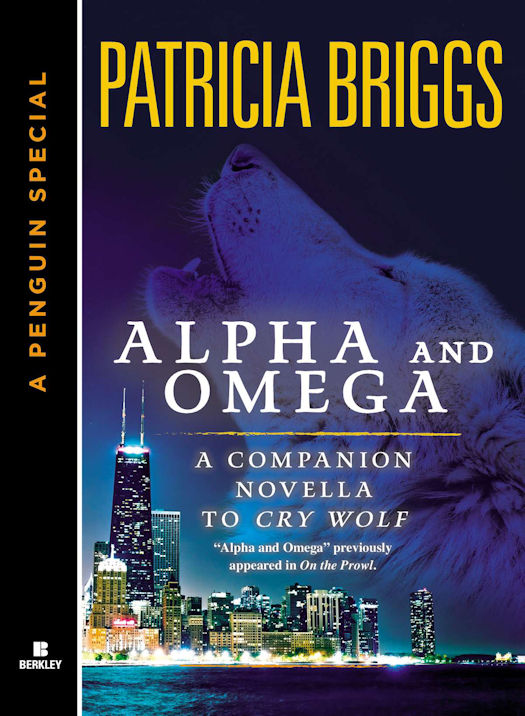 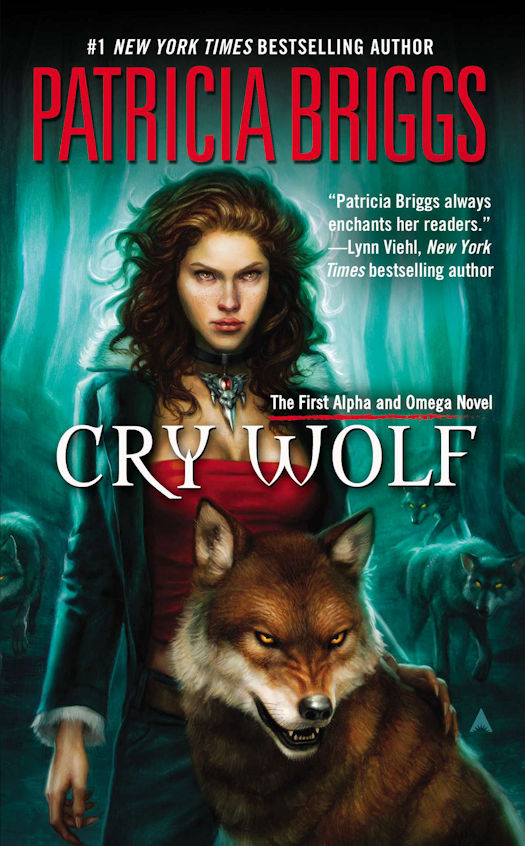 #1 New York Times bestselling author Patricia Briggs presents the first Alpha and Omega novel—the start of an extraordinary series set in Mercy Thompson’s world, but with rules of its own…

Anna never knew werewolves existed until the night she survived a violent attack…and became one herself. After three years at the bottom of the pack, she’d learned to keep her head down and never, ever trust dominant males. But Anna is that rarest kind of werewolf: an Omega. And one of the most powerful werewolves in the country is about to recognize her value as a pack member—and as his mate. 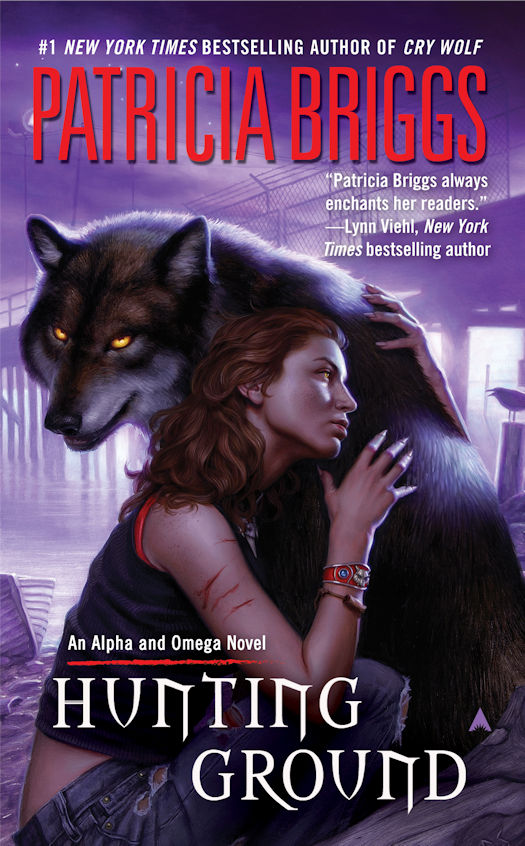 Anna Latham didn’t know how complicated life could be until she became a werewolf and was mated to Charles Cornick, the son—and enforcer—of the leader of the North American werewolves. She didn’t know how dangerous it could be either…

Anna and Charles have just been enlisted to attend a summit to present Bran’s controversial proposition: that the wolves should finally reveal themselves to humans. But the most feared Alpha in Europe is dead set against the plan—and it seems like someone else might be, too. When Anna is attacked by vampires using pack magic, the kind of power only werewolves should be able to draw on, Charles and Anna must combine their talents to hunt down whoever is behind it all—or risk losing everything… 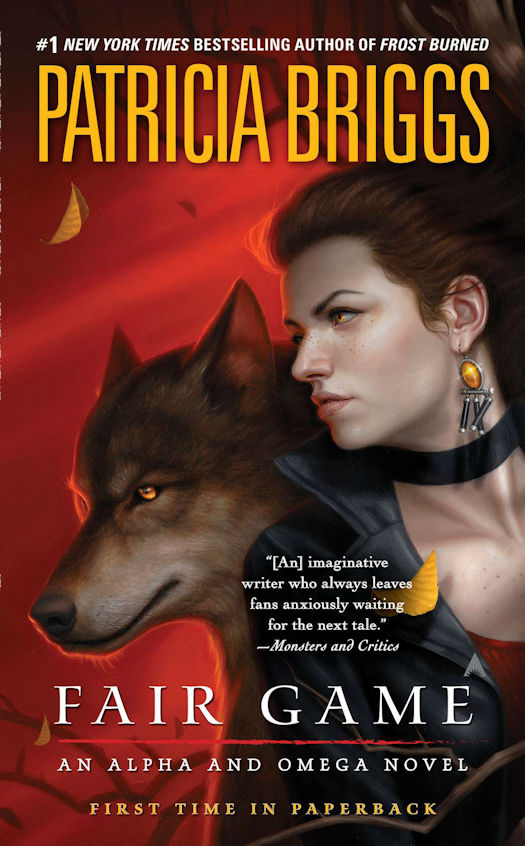 It is said that opposites attract. And in the case of werewolves Anna Latham and Charles Cornick, they mate. The son—and enforcer—of the leader of the North American werewolves, Charles is a dominant Alpha. While Anna, an Omega, has the rare ability to calm others of her kind.

When the FBI requests the pack’s help on a local serial-killer case, Charles and Anna are sent to Boston to join the investigation. It soon becomes clear that someone is targeting the preternatural. And now Anna and Charles have put themselves right in the killer’s sights… 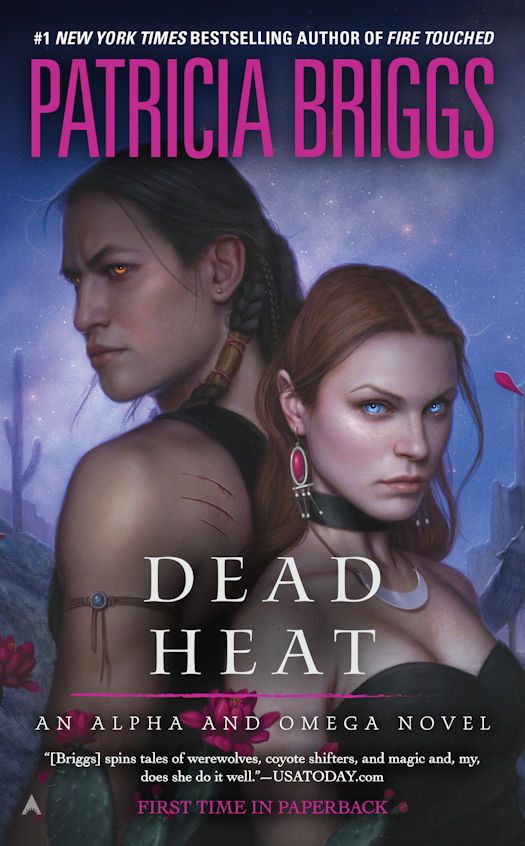 For once, mated werewolves Charles Cornick and Anna Lantham are not traveling because of Charles’s role as his father’s enforcer. This time, their trip to Arizona is purely personal. Or at least their visit starts out that way…

Charles and Anna soon discover that a dangerous fae being is on the loose, replacing human children with simulacrums. The fae have started a cold war with humanity that’s about to heat up—and Charles and Anna are in the crossfire. 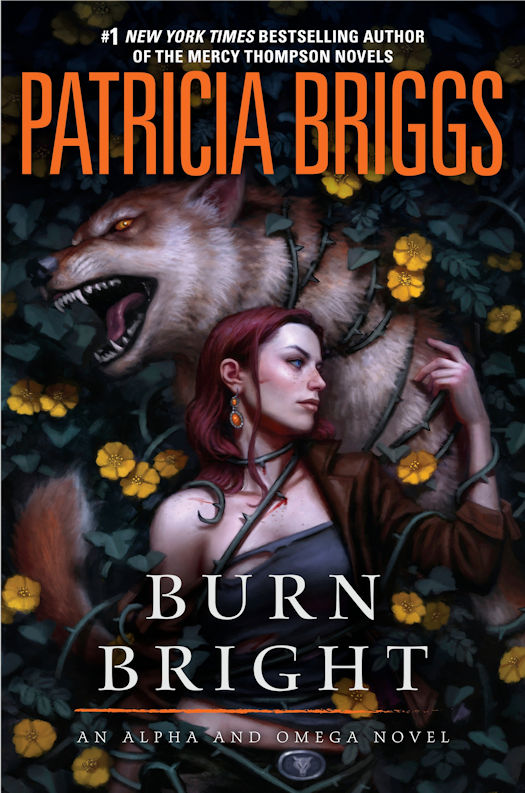 In her bestselling Alpha and Omega series, Patricia Briggs “spins tales of werewolves, coyote shifters, and magic and, my, does she do it well” (USATODAY.com). Now mated werewolves Charles Cornick and Anna Latham face a threat like no other–one that lurks too close to home…

They are the wild and the broken. The werewolves too damaged to live safely among their own kind. For their own good, they have been exiled to the outskirts of Aspen Creek, Montana. Close enough to the Marrok’s pack to have its support; far enough away to not cause any harm.

With their Alpha out of the country, Charles and Anna are on call when an SOS comes in from the fae mate of one such wildling. Heading into the mountainous wilderness, they interrupt the abduction of the wolf–but can’t stop blood from being shed. Now Charles and Anna must use their skills–his as enforcer, hers as peacemaker–to track down the attackers, reopening a painful chapter in the past that springs from the darkest magic of the witchborn…