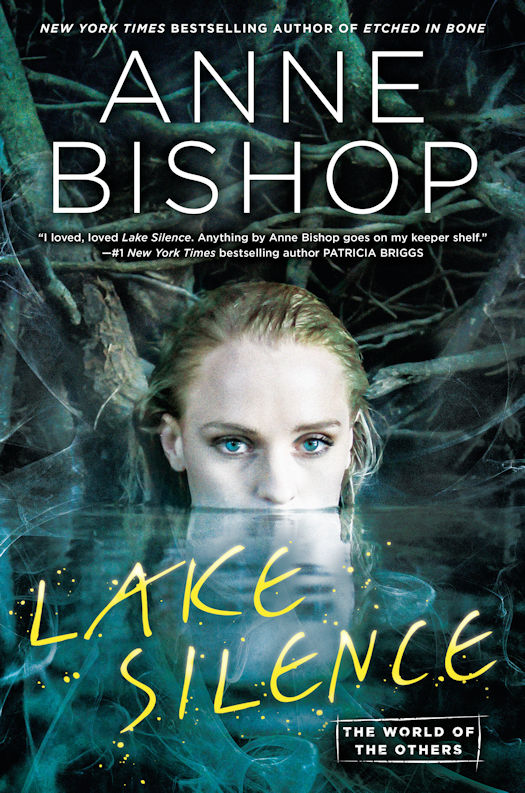 In this thrilling and suspenseful fantasy set in the world of the New York Times bestselling Others series, an inn owner and her shape-shifting lodger find themselves enmeshed in danger and dark secrets.

Human laws do not apply in the territory controlled by the Others–vampires, shape-shifters, and even deadlier paranormal beings. And this is a fact that humans should never, ever forget….

After her divorce, Vicki DeVine took over a rustic resort near Lake Silence, in a human town that is not human controlled. Towns such as Vicki’s don’t have any distance from the Others, the dominant predators who rule most of the land and all of the water throughout the world. And when a place has no boundaries, you never really know what is out there watching you.

Vicki was hoping to find a new career and a new life. But when her lodger, Aggie Crowe–one of the shape-shifting Others–discovers a murdered man, Vicki finds trouble instead. The detectives want to pin the death on her, despite the evidence that nothing human could have killed the victim. As Vicki and her friends search for answers, ancient forces are roused by the disturbance in their domain. They have rules that must not be broken–and all the destructive powers of nature at their command.

While Lake Silence is not part of Bishop’s Others series, it is set in that world and does include some of the Others (shape-shifters, vampires, and other Elemental beings) peripherally. Instead, it focuses on a completely new character, Vicki DeVine, a middle-aged, overweight, prone-to-panic-attacks divorcee who received a rustic resort as part of her divorce decree. Since her divorce, she has lived quietly, remodeling and upgrading the various buildings and facilities on her property and trying to recreate her life with reading. She discovers that her first tenant, Aggie Crow, is a shifter member of the Crowguard just as Aggie discovers a dead body. Unfortunately for Vicki, this is just the first of many bodies as it becomes obvious that her ex-husband is trying to steal back the resort.

Vicki is a charming character – sweet and kind to nearly everyone – with some significant body and confidence issues that can lead to panic attacks. She is joined by several other distinctly drawn characters, including Wayne Grimshaw, the aloof highway patrol officer asked to lead the investigation who somehow becomes Chief of Police without him even realizing it; Julian Farrow, owner of the book store entitled “Lettuce Reed” who is a former police officer himself with PTSD issues; Ineke Xavier, the fierce matron who runs the town boardinghouse and befriends Vicki; and Aggie Crow, the young Crowguard who is Vicki’s first tenant and the one who discovers the first body. Bishop ensured that each of these characters had their own distinct voice, which made the story really come alive.

In Bishop’s world, humans are not the apex predator; instead, the Others – shape-shifters, vampires, and deadlier Elementals such as Winter and Fire – rule the world and allow the humans to exist so long as they follow specific rules. When humans break those rules, then the consequences are severe, with ice storms, tornadoes, sinkholes, and giant unseen killing creatures. Bishop’s other series ended with humans suffering these types of catastrophes, so one would think that Yorick Dane, Vicki’s ex-husband, and his partners would have known better than to risk offending the true rulers of the land. Regardless. reading about their comeuppance was a lot of fun.

Lake Silence overall is a great read, with lots of humor and small moments that touch the heart. There were times when I laughed out loud and times when I teared up. This probably is one of the best books that I have read all year. While it can be read as a standalone, this is a time when I highly recommend reading the entire the prior series, because some of the humor is enhanced by knowing what happened in the Others series.
Posted by Qwill at 5:05 AM