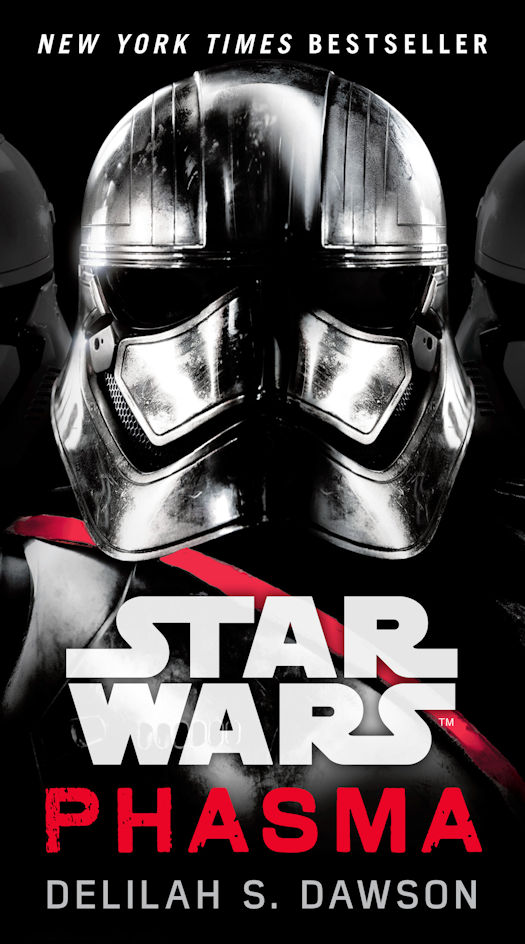 One of the most cunning and merciless officers of the First Order, Captain Phasma commands the favor of her superiors, the respect of her peers, and the terror of her enemies. But for all her renown, Phasma remains as virtually unknown as the impassive expression on her gleaming chrome helmet. Now, an adversary is bent on unearthing her mysterious origins—and exposing a secret she guards as zealously and ruthlessly as she serves her masters.

Deep inside the Battlecruiser Absolution, a captured Resistance spy endures brutal interrogation at the hands of a crimson-armored stormtrooper—Cardinal. But the information he desires has nothing to do with the Resistance or its covert operations against the First Order.

What the mysterious stormtrooper wants is Phasma’s past—and with it whatever long-buried scandal, treachery, or private demons he can wield against the hated rival who threatens his own power and privilege in the ranks of the First Order. His prisoner has what Cardinal so desperately seeks, but she won’t surrender it easily. As she wages a painstaking war of wills with her captor, bargaining for her life in exchange for every precious revelation, the spellbinding chronicle of the inscrutable Phasma unfolds. But this knowledge may prove more than just dangerous once Cardinal possesses it—and once his adversary unleashes the full measure of her fury. 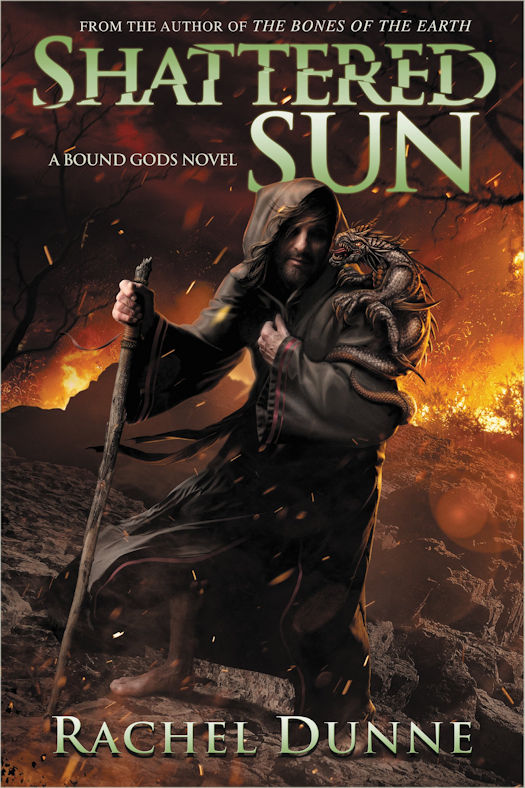 The epic sword-and-sorcery Bound Gods fantasy series comes to its dark conclusion in this thrilling story of a vibrant world whose fate lies in the hands of vengeful gods and bold warriors.

The world has been plunged into darkness . . . and only the scheming priest Joros might be able to bring back the sun.

With his ragtag band of fighters—a laconic warrior, a pair of street urchins, a ruthless priestess, and an unhinged sorcerer—Joros seeks to defeat the ancient gods newly released from their long imprisonment. But the Twins have champions of their own, and powers beyond knowing . . . and the only sure thing is that they won’t go down without a fight.

The fate of the world hangs in the balance as the Twins aim to enact revenge on the parents that imprisoned them, and the world that spurned them. The Long Night has begun, and the shadows hide many secrets—including that the Twins themselves may not be as powerful as they would have everyone think.

Joros and his allies must strike now—before the Twins can consolidate their power . . . and before they are allowed to shape the world in their vision. 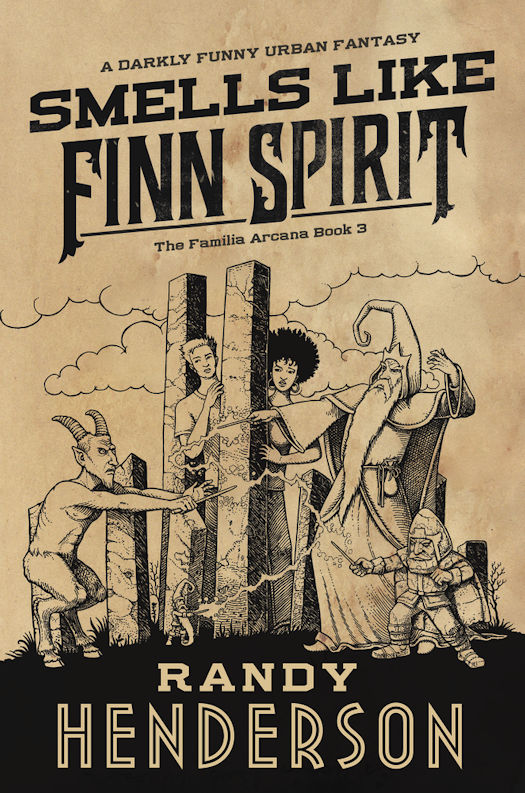 Finn Graymare is back in the final installment of Randy Henderson's Familia Arcana series, Smells Like Finn Spirit.

Finn's re-adaptation to the human world is not going so well. He's got a great girlfriend, and is figuring out how things like the internet work, but he is still carrying the disembodied personality of Alynon, Prince of the Silver Demesne, the fae who had occupied his body during his imprisonment. And he's not getting along at all with his older brother. And oh, by the way, his dead grandfather is still trying to possess him in order to bring about Armageddon.