GIDEON FALLS FLIES OFF THE SHELVES


PORTLAND, OR, 04/18/2018 — The breakout hit, GIDEON FALLS, from the creative team behind Green Arrow and Old Man Logan—New York Times bestselling and Eisner Award-winning writer Jeff Lemire (ROYAL CITY, DESCENDER) and critically acclaimed artist Andrea Sorrentino—is being rushed back to print. Issue #2 of the horror/mystery series is flying off shelves and is slated to go back to print in order to keep up with the frenzied customer demand.

In GIDEON FALLS #2, the mysteries of the “Black Barn” heighten as the reclusive Norton begins to unravel new clues just as a murder spree breaks out in the town of Gideon Falls. But how is it all connected?! The puzzle pieces begin to fall.

GIDEON FALLS is a series that explores the lives of a solitary young man obsessed with a conspiracy in the city’s trash, and a washed up Catholic priest arriving in a small town full of dark secrets. At the heart of the town’s secrets is the mysterious legend of The Black Barn, an otherworldly building that is alleged to have appeared in both the city and the small town, throughout history, bringing death and madness in its wake. 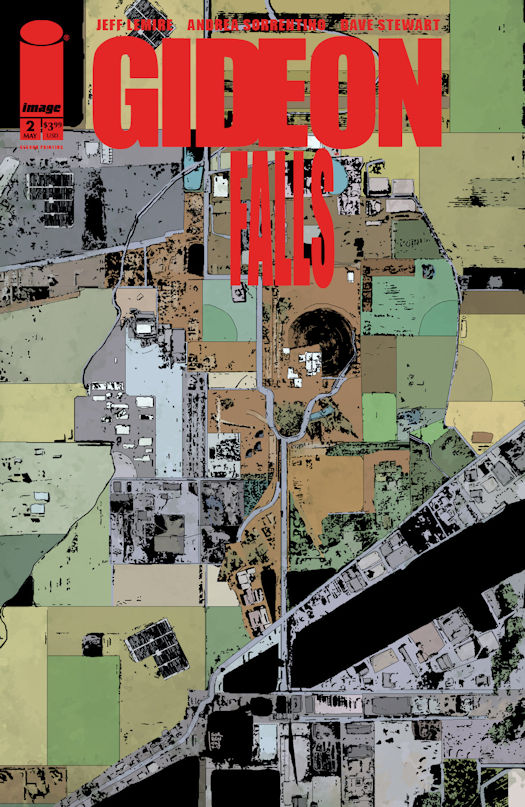