Isola Debut Rushed Back to Print

FANS CAN’T GET ENOUGH OF THE BEAUTIFUL WORLD OF ISOLA

PORTLAND, OR, 04/11/2018 — Image Comics is thrilled to announce that the debut issue of Brenden Fletcher and Karl Kerschl’s luminous fantasy series ISOLA is being rushed back to print in order to keep up with overwhelming customer demand.

Rook, the captain of the Royal Guard, has fled the capital of the kingdom of Maar with Queen Olwyn, who suffers under the effects of a terrible spell. As the kingdom inches every closer to the brink of war, their only hope of restoring Olwyn to the throne lies in the mythical land of ISOLA—also known as the land of the dead.

“ISOLA is brilliant! An atmospheric and intriguing story with masterful art.” —Frank
Quitely

“ISOLA’s thematic and aesthetic homages to films like Princess Mononoke, full of
fantastical creatures and a foreboding sense of danger, are thoughtfully crafted aspects
of its world-building and storytelling.” —The Mary Sue

“ISOLA is an original fantasy world brought to life with breathtaking art. You can feel the
blood, grass, and fur. A stunner from the get-go.” —Annie Wu

“This book is beautiful! It reads like a really high-end animation production!” —Dustin
Nguyen

“Simultaneously homages its sources of inspiration while quietly paving its own
ground.” —ComicBook.com

“ISOLA #1 is a stunning debut from a team of creators that have an incredible story to
tell.” —Geek.com

“ISOLA is an example of the best fantasy storytelling that comics has to offer. Beautiful. Meaningful.” —The Oregonian 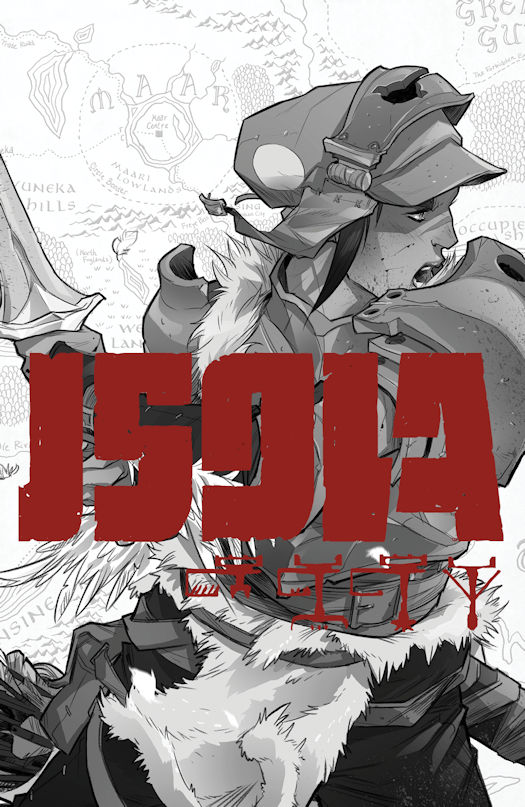