Interview with Leo Carew, author of The Wolf


Please welcome Leo Carew to The Qwillery as part of the 2018 Debut Author Challenge Interviews. The Wolf was published on April 3rd by Orbit Books. 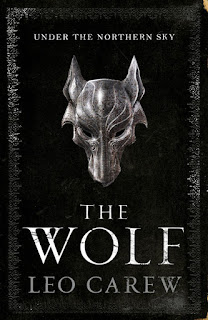 Leo:  Thank you for having me!

I first remember writing a piece of school creative writing homework when I was about 10. It was about an alien escaping from a lab which ends up being captured by an heroic policeman. My teacher was very pleased, and ended up reading it out to the class. As someone who’d not done very well at school up until that point, it was a big moment for me, and pretty much the day I decided I wanted to be a writer.

Leo:  I’m a big plotter. I know exactly what the end of my story is going to be, and have a very clear idea of where I’m going when I sit down to write every day. But very often when I get where I planned to, I realise that there was a better route there, or another twist, or an idea I hadn’t thought of, and go back and change it. I’m not sure I’d ever have been able to write before word-processors. Apart from the fact I’m dyspraxic (so nobody could read it) my whole style is based on quick progress, and then painstaking revision!

Leo:  Trying to muster the energy for it. I get very emotionally involved in my writing. When I can’t do that (most days, realistically) it doesn’t feel good. That’s been a big part of the transition from writing as an amateur, to writing for a contract. As an amateur, I only needed to do it when I was really compelled to. Doing it on demand requires producing the words even when you don’t want to, and I always have a suspicion that they’re less good.

Leo:  My main literary influences are historical fiction, like Bernard Cornwell and Hillary Mantel. I love their ability to submerge you in an alternate world you can feel and smell, and very much wanted that for The Wolf. Philip Pullman is also a literary touchstone – I love his work, especially his characters.

Biological Anthropology was another huge inspiration. The book features several different kinds of human, and I leant quite heavily on analogous species like the Neanderthals in trying to imagine how they might have behaved differently from us. For example, it’s been thought for ages (incorrectly, in my view) that Neanderthals had an inferior ability to understand symbols. I gave that to the Anakim because it had some interesting consequences. It would mean that they’d be unlikely to develop writing, and their art would be very different (if not non-existent). And the consequences of that might make for quite a unique society.

TQ:  Describe The Wolf in 140 characters or less.

Leo:  Several species of human have survived the Ice Age, and coexist in an uneasy peace, shattered by an ambitious upstart.

TQ:  Tell us something about The Wolf that is not found in the book description.

TQ:  What inspired you to write The Wolf? What appeals to you about writing Epic Fantasy?

Leo:  I really loved my studies in biological anthropology, and the thought of all these alien cultures which once coexisted. I very much wanted to explore what that might have been like, and there were a lot of themes I wanted to look at too. What it means to be human, the importance of identity, self-transcendence, leadership, responsibility and what pressure does to people and groups.

In general, I think about things in quite broad terms, and am most interested in the consequences for a society, rather than an individual. Change to a society creates all kinds of ripples and unforeseen consequences, and epic fantasy lets me play with those big themes.

TQ:  What sort of research did you do for The Wolf?

Leo:  My biggest piece of research was probably related to names. I hate making up names, and also think it can make a story pretty impenetrable if you fill it with completely made-up words. I also wasn’t writing a full fantasy – I think of it more as an alternate history. Lots of the names therefore come from real places or cultures in our world, but an earlier or slightly different version of them, because the survival of the Anakim has modified the way history played out. Some kingdoms which were lost ended up surviving, or fracturing or unifying differently to the timeline we inhabit.

Otherwise, I was already quite well versed on the broad points of human species and the Ice Age from my degree. I’ve also been working on this series for so long, that I’ve picked up bits and pieces of history (largely from a lot of wonderfully-researched historical fiction) and integrated them along the way.

TQ:  Please tell us about the cover for The Wolf.

Leo:  Isn’t it wonderful? It’s the work of Patrick Insole and Lee Gibbons. It’s a splendidly striking image, and depicts the Silver Wolf’s Head, which is the banner of our protagonist, Roper. I particularly like it because the Anakim have a very abstract attitude to art, and I think it captures some of that.

TQ:  In The Wolf who was the easiest character to write and why? The hardest and why?

Leo:  The easiest character to write is a sprinter named Pryce. He lives entirely in the moment and couldn’t care less about the opinions of others. His behavior is quite close to how my worst instincts tempt me to act, so he came very naturally!

The hardest is probably a queen called Aramilla. She is very subtle and manipulative, and I have to put a lot of thought into her lines to avoid making them too obvious and caricatured. Genuinely manipulative people can be very skillful and that’s a hard thing to replicate.

TQ:  Which question about The Wolf do you wish someone would ask? Ask it and answer it!

Leo:  Why does the map of Albion look so different to modern Britain? Well thank you for asking… The entire book starts from the premise that the climate stayed a bit cooler after the last Ice Age. This meant sea-levels didn’t rise to the same extent, and created favourable conditions for multiple species of human to survive the Ice Age, and also a lot of fun Ice Age megafauna. The different outline of Albion is because the lower sea levels reveal more of the coastline, and the likes of Doggerland (Yawland in the book) are still exposed. I did so much research for this, I just had to tell somebody!

TQ:  Give us one or two of your favorite non-spoilery quotes from The Wolf.

Leo:  I like this one, which is a description of how it felt for one of the main characters to visit the land of the Anakim, beyond the river Abus:

‘I cannot rest from that place. It is haunting me. Since I came back, I have felt like I am in a dream. It is as though I am living in a faint reflection of the world beyond the Abus. Everything is so soft, so easy. So flat. Up there, I felt awake for the first time in my life. Every tree; every hill and stream and word and footstep seemed more significant. I have to go back.’

Leo:  I’ve just finished the first draft of the sequel to The Wolf. I’m going to Greenland to get some fairly serious distance from the manuscript, which I hope we’ll have ready for this time next year.

Leo:  My pleasure, thanks so much for having me! 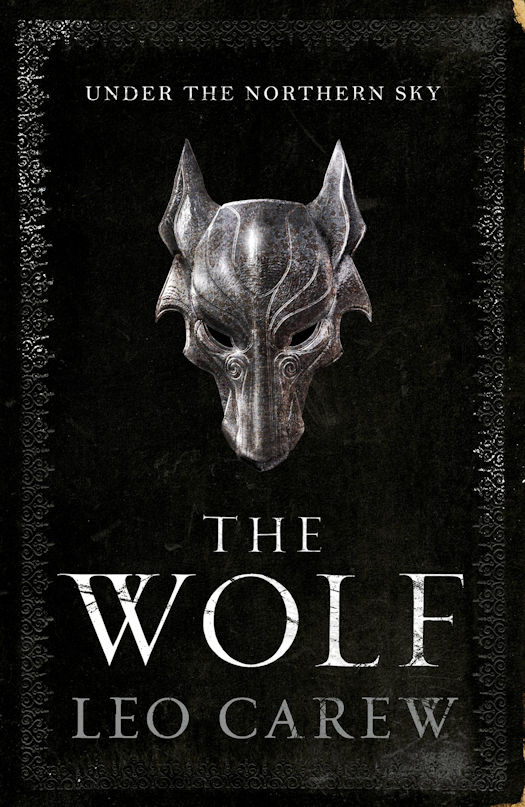 Violence and death come to the land under the Northern Sky when two fierce races break their age-old fragile peace and start an all-out war in this thrilling and savagely visceral epic fantasy.

Ready or not, Roper has been thrust into a position of leadership that he's woefully ill prepared for. Now, a massive army approaches from the south, old allies turn against him, and new rivals seek to undermine his rule. Facing attack from within and without, Roper must forge reckless alliances, no matter the cost, to save his kingdom.

Bellamus is a brash but capable southern general, a commoner with the rare honor of having the discreet support of the Queen. Rising quickly from the minor ranks he was born into, Bellamus leads the march on the North. Victory means glory, power, and the favor of the king, but defeat promises much worse than disgrace.

A tale of war, rivalry, and honor, The Wolf creates a world that is both familiar and uncanny - one where the fiercest enemies are always closer than they seem.

Under the Northern Sky
The Wolf

Leo Carew is a 26-year-old Cambridge graduate of Biological Anthropology, currently studying medicine. Apart from writing, his real passion is exploration, which led him to spend a year living in a tent in the High Arctic, where he trained and worked as an Arctic guide. The Wolf is his first novel.