VISIT PARADISO: THE CITY THAT WANTS TO LOVE YOU BACK


“The sort of comic where every panel contains a world. Savour it.” —Kieron Gillen (THE WICKED + THE DIVINE)

“I’ve always been fascinated by cities,” said Ram. “They are a reflection of the people within them, and yet they have influence over their citizens. We build them to outlive us, but they are human places, tied in with our understanding of beauty and mortality. Architect and urban designer Rajiv Bhakat and I first conceived the idea of a city trying to understand its place in the world by understanding those who live within it. And, much like a real city, the story has grown and evolved into this crazy, dangerous, romantic, and magical place called PARADISO.”

Now, centuries later, Jack Kryznan arrives on the outskirts of Paradiso City, haunted by fragments of childhood memories and in possession of a mysterious device—one with the power to change the destiny of this living breathing metropolis: the people who dwell within, and the guardians who strive for and against it.

“I've been in love with the desolate, melancholy aesthetic of dystopian landscapes for as long as I can remember,” said Pramanik. “PARADISO was a dream-come-true project for me. Every design and set piece in this comic is something that I've put a piece of my soul into. I hope that will resonate with the readers!”

“PARADISO has been a labour of love,” said Kelly. “Between its weird and fantastic sci-fi concepts and the lush, textured artwork that I get to paint, I couldn’t be more excited to be involved. We’ve created this strange new world and it’s been so much fun getting to play in it.”

“There are pages in PARADISO that come from a hive-mind of writer/artist/colorist/letterer that any one of us just couldn't have planned on our own,” added Bidikar. “PARADISO is everything comics should be.” 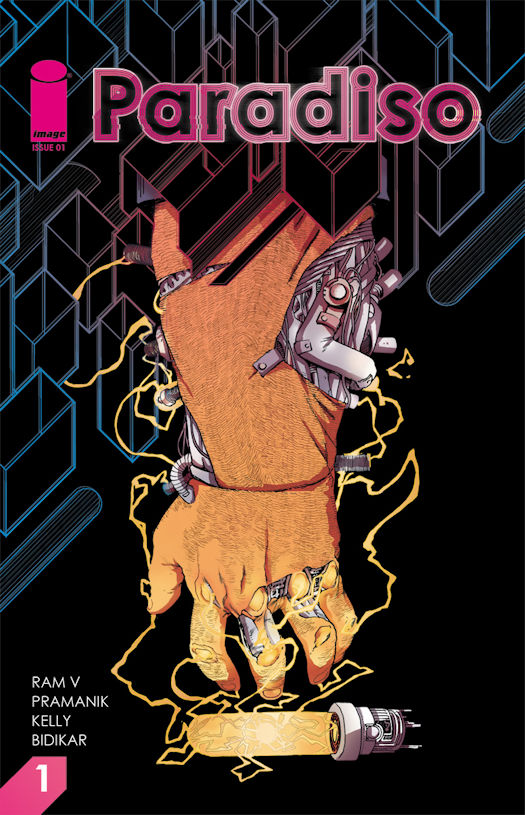 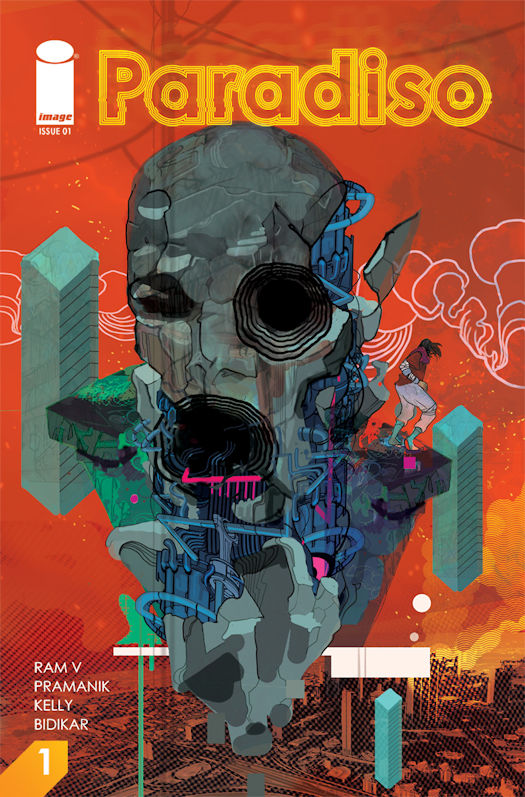