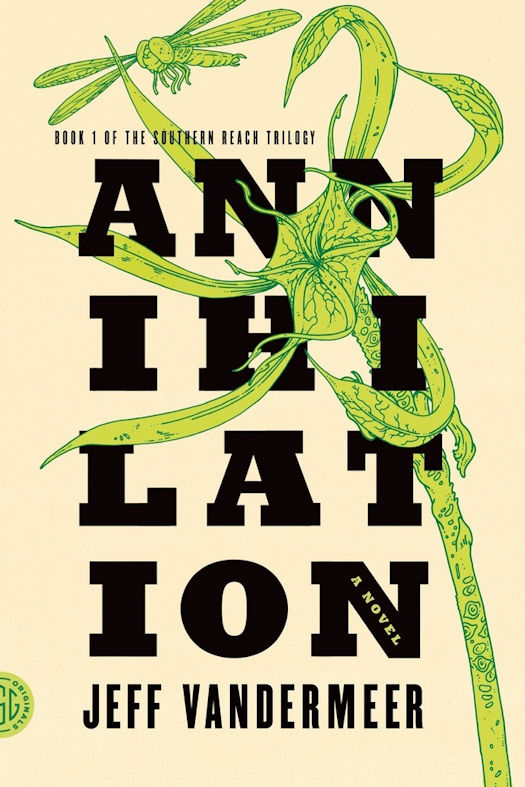 The Southern Reach Trilogy begins with this Nebula Award-winning novel that "reads as if Verne or Wellsian adventurers exploring a mysterious island had warped through into a Kafkaesque nightmare world" (Kim Stanley Robinson).

Area X has been cut off from the rest of the continent for decades. Nature has reclaimed the last vestiges of human civilization. The first expedition returned with reports of a pristine, Edenic landscape; the second expedition ended in mass suicide; the third expedition in a hail of gunfire as its members turned on one another. The members of the eleventh expedition returned as shadows of their former selves, and within weeks, all had died of cancer. In Annihilation, the first volume of Jeff VanderMeer's Southern Reach trilogy, we join the twelfth expedition.

The group is made up of four women: an anthropologist; a surveyor; a psychologist, the de facto leader; and our narrator, a biologist. Their mission is to map the terrain, record all observations of their surroundings and of one another, and, above all, avoid being contaminated by Area X itself.

They arrive expecting the unexpected, and Area X delivers—they discover a massive topographic anomaly and life forms that surpass understanding—but it's the surprises that came across the border with them and the secrets the expedition members are keeping from one another that change everything.

And check out the latter two novels in the Southern Reach Trilogy: 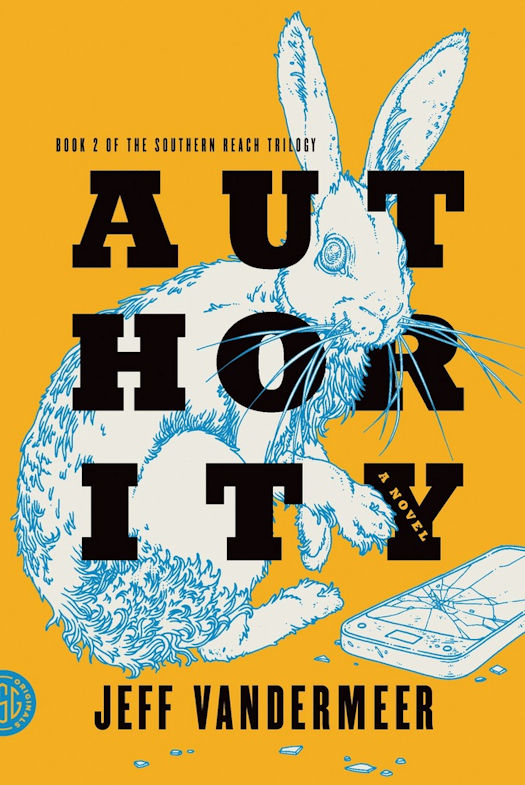 After thirty years, the only human engagement with Area X—a seemingly malevolent landscape surrounded by an invisible border and mysteriously wiped clean of all signs of civilization—has been a series of expeditions overseen by a government agency so secret it has almost been forgotten: the Southern Reach. Following the tumultuous twelfth expedition chronicled in Annihilation, the agency is in complete disarray.

John Rodrigues (aka "Control") is the Southern Reach's newly appointed head. Working with a distrustful but desperate team, a series of frustrating interrogations, a cache of hidden notes, and hours of profoundly troubling video footage, Control begins to penetrate the secrets of Area X. But with each discovery he must confront disturbing truths about himself and the agency he's pledged to serve.

In Authority, the New York Times bestselling second volume of Jeff VanderMeer's Southern Reach trilogy, Area X's most disturbing questions are answered . . . but the answers are far from reassuring. 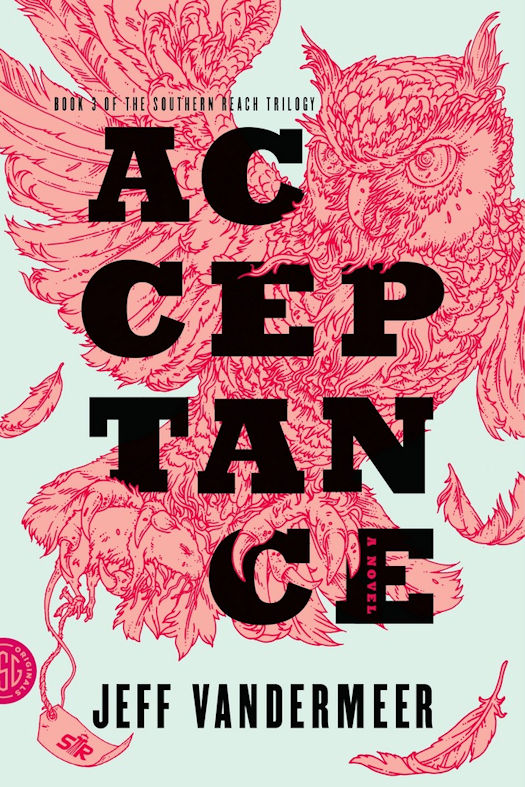 It is winter in Area X, the mysterious wilderness that has defied explanation for thirty years, rebuffing expedition after expedition, refusing to reveal its secrets. As Area X expands, the agency tasked with investigating and overseeing it--the Southern Reach--has collapsed on itself in confusion. Now one last, desperate team crosses the border, determined to reach a remote island that may hold the answers they've been seeking. If they fail, the outer world is in peril.

Meanwhile, Acceptance tunnels ever deeper into the circumstances surrounding the creation of Area X--what initiated this unnatural upheaval? Among the many who have tried, who has gotten close to understanding Area X--and who may have been corrupted by it?

In this New York Times bestselling final installment of Jeff VanderMeer's Southern Reach trilogy, the mysteries of Area X may be solved, but their consequences and implications are no less profound--or terrifying.