Just a quick post about CT HorrorFest which is being held today at the Danbury Arena in Danbury, CT. I admit I hadn't paid much attention to guests and vendors at the show. I was delighted to find that some terrific authors were there. 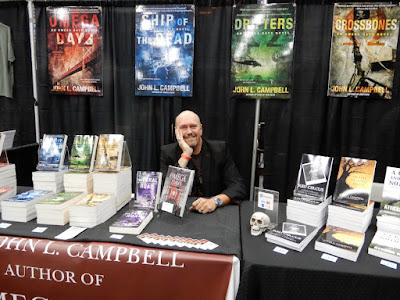 I picked up a signed set of the Omega Day novels (so far). John's most recent novel is 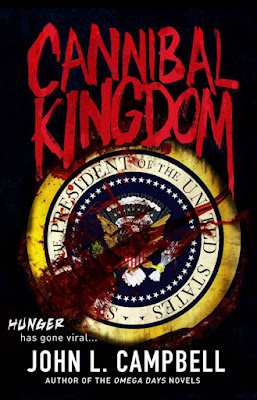 Deep in an Indonesian jungle, a careless tourist releases an ancient evil that has lain dormant for centuries. Appearing as a virus, completely without symptoms and seemingly benign, Trident quickly infects the world's population. Silently it waits, counting down to the moment when it will reveal its true, terrifying nature.

It is only weeks before the presidential elections, and Garrison Fox, a decorated Marine and devoted husband and father, is almost assured of a return to the White House for a second term. As the campaign nears its final days, the First Family finds itself scattered across the U.S.

At an Ohio rally and across the globe, Trident suddenly unleashes its horrible power, transforming unsuspecting people into merciless killers driven to feed. When an infected Secret Service turns on him, President Fox is forced to flee across an America plunging deeper into savagery with each passing hour.

In Atlanta, a CDC researcher will work against her own mortality in an effort to stop an extinction-level event. In Pennsylvania, a newly commissioned second lieutenant is hurled into a war for which he was never trained. And moving east toward a secure mountain bunker, President Fox must find a way to save his family, his country and his own life...if he's not already too late. 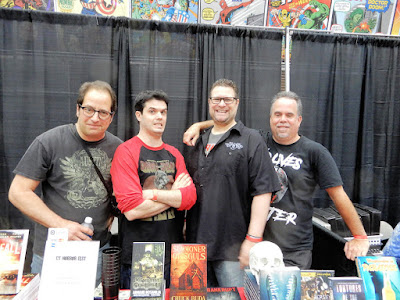 And of course, I picked up some autographed books! 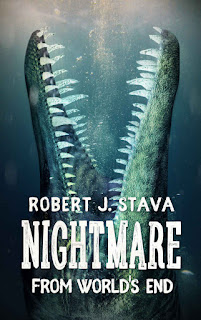 In the aftermath of a major hurricane, a massive antique crate washes up on the shore of Raadsel Point. It’s smuggled cargo from the wreck of the Edmund Wood, an unregistered transport returning from a very unusual expedition. . . a ship that went down in the deepest and most dangerous part of the Hudson known as 'The World’s End'. The nightmare creature it contains is about to unleash havoc on the citizens of the sleepy river village of Wyvern Falls and inadvertently draw to it a predator thought extinct a millennia ago. It will come down to two people to figure out what both these creatures are and how to stop them: expat CID Detective John Easton and American Indian anthropologist Sarah Ramhorne. The two of them will have to unravel local Indian myths, outmaneuver a corrupt mayor, a failing Ancient Astronaut Theorist TV show and an overzealous Green Folk Festival if they are to stand any chance of saving the day. 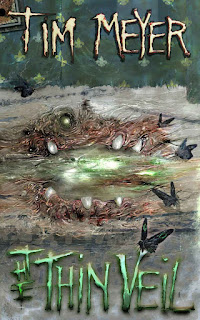 Something strange is happening in the small town of Pleasant Plains, New Jersey. People are getting sick. Peculiar noises can be heard from inside their homes. Some of them are acting weird, speaking in unknown languages. Then there are the butterflies. And the green pulsating light coming through the cracks in the walls. Oh, and the hunger. Yes, the people of Pleasant Plains are starving and nothing seems to satisfy their primary desire.

Except for the children. The kids have proven to be quite filling...

The Thin Veil is a 35,000 word horror/science fiction novella. 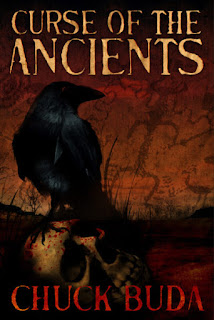 1870’s. A peaceful town in Iowa territory. The townspeople dislike their new visitor. An Indian man. But they are about to find out that the color of his skin is the least of their worries. A young man, James Johnson, illegitimate son of the legendary Wyatt Earp, dreams of adventure and following in his daddy’s footsteps. James and his mentally disabled friend, Carson, are about to come face to face with an evil previously unimaginable in their little town. An evil they invited in. All hell’s about to break loose. Supernatural forces are at work and the body count is rising... Curse of the Ancients is the first novel in the Son of Earp series by Chuck Buda. It is approximately 57,000 words and contains adult language and scenes of horror. Reader discretion is heavily advised. John Backman specializes in inexplicable phenomena. The weirder the better. So when he gets a letter from a terrified man describing an old log home with odd whisperings, shadows that come alive, and rooms that disappear, he can’t resist the call. But the violence only escalates as soon as John arrives in the remote Alaskan village of Shida. Something dreadful happened there. Something monstrous. The shadows are closing in…and they’re out for blood.

“A must add to the library of anyone who loves a great ghost story.” – The Horror Bookshelf


I also picked up a couple of pieces of art by Michael Adrian Lavoie (excuse the not wonderful photos; the art is fabulous). 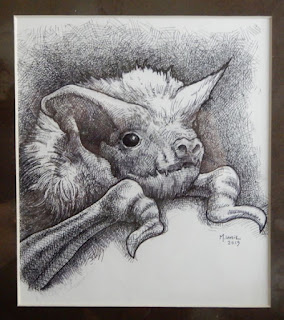 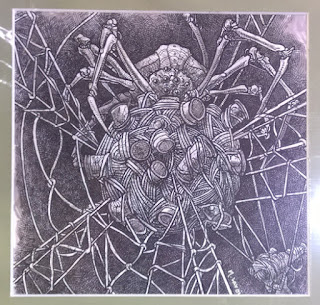 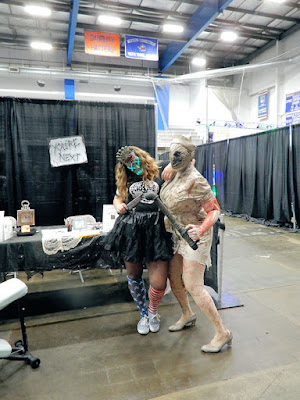 And last but not least, my daughter cosplayed as Dean from Supernatural: 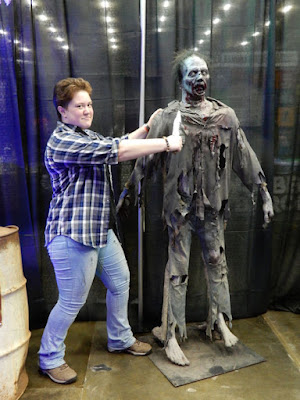