The Qwillery is thrilled to help reveal the cover for Windhome by Kristin Landon coming in December from Candlemark & Gleam. The fabulous cover is by Julie Dillon.

See the full Wrap Cover Reveal and another excerpt from Windhome at Candlemark & Gleam here. 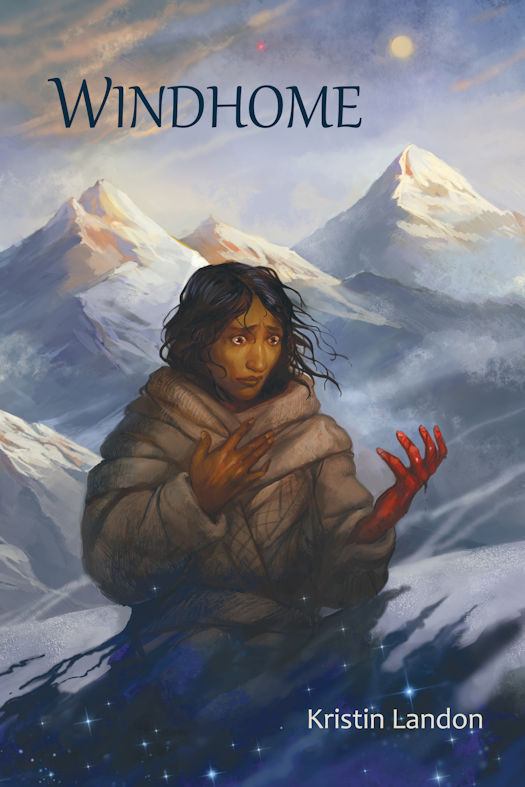 Earth has sent out exploratory expeditions in a desperate attempt to discover the nature of the alien force that wiped out at least one extrasolar civilization and now threatens Earth itself. One of the exploratory starships is stealth-attacked by the hostile aliens. The survivors, marooned among the pre-technological inhabitants of the icy world of Windhome, struggle to survive, to understand this harsh world and its few, grim people—and, somehow, to fulfill their mission. Thrown into an unwilling alliance with a Windhome outsider faction, exiled into wilderness, two of the human crew must live by this world’s bitter laws, accept the ways of its people—and eventually make a terrifying choice.


Only here, on all of Windhome, was music studied as an art. Here the crowds were smaller, but they stood in silence to listen. The music troubled Pierre. The men’s deep, warm voices shaped long, curving branches of melody over a firm ground. It was music potent with mystery, heavy with the considered grief of years. The strange scale, like and yet unlike any music of Earth—the sense of searching, searching, for a center, for return, and just as it seemed the music might come to rest there, the voices would fade....
Pierre knew what he was hearing in that music, and behind that music. He could not allow the dark, ravenous longing for home to begin again. Yet the memories came: The songs and dances in his village, handed down from generation to generation on the fringe of the Covenant world. The singing in the church at Christmas. And at last, his own son’s face, pinched with distress—Why are you going away? Was I bad? Pierre knotted his hands together, gripped until the bones hurt.
He could not allow himself to remember that now. He straightened, stood firm, watching Kelru’s tall figure moving through the crowd, always looking down. And still he listened to the music. The words were simpler than the harmonies that carried them. Perhaps if he concentrated on the words— The singers’ faces were intent, disciplined. Over those mountains is my home, they sang. In this broad valley is the land where I will die. Worldwind, carry my ashes high. Carry them higher than those mountains, O wind.
Pierre’s breath caught in his throat and he looked up, up at the stars, which trembled at first, trembled and then stilled as he won his battle yet again. Thousands of stars burned there, a bitter glory. He had never seen such stars in the dusty skies of Earth. Here the night was a flawless emptiness between himself and infinity. He stood exposed on the backbone of an alien world, waiting for death to find him. To find them all.

Kristin Landon lives in Oregon with her husband Tom and an imperious Cavalier spaniel named Lucy. In addition to writing science fiction, she works as a freelance copyeditor of a wide range of scholarly and medical books. Her novelette “From the Depths” appeared in the highly acclaimed science fiction anthology To Shape the Dark (Candlemark & Gleam, 2016). She is also the author of the Hidden Worlds trilogy: The Hidden Worlds, The Cold Minds, and The Dark Reaches (Ace Books).