What's the Appeal of Dark Fantasy? by Melanie R. Meadors


Please welcome the fabulous Melanie R. Meadors to The Qwillery writing about the Appeal of Dark Fantasy.

Melanie is co-editor of Knaves: A Blackguards Anthology, which is presently being funded via Kickstarter here: https://www.kickstarter.com/projects/1330509990/knaves-a-blackguards-anthology.

About Knaves: A Blackguards Anthology:


Outland Entertainment is proud to bring you Knaves: A Blackguards Anthology. Featuring fourteen brand new tales of scheming anti-heroes and dark protagonists from the wrong side of the palace gates, Knaves brings together some of the finest fantasy authors in the industry in a book that will make readers wonder, “What is the ‘right side,’ anyway?” Authors include Mercedes Lackey, Anna Smith Spark, Cullen Bunn, Maurice Broaddus, Anton Strout, Walidah Imarisha, Cat Rambo, Lian Hearn, and more! Edited by Melanie R. Meadors and Alana Joli Abbott

What’s the Appeal of Dark Fantasy?

People read books for all kinds of reasons. Escape, enlightenment, laughter, inspiration, entertainment. But why would someone read a dark book about nasty people, dark times? Don’t we have enough of that in real life? Here are some reasons I learned when co-editing the book Knaves: A Blackguards Anthology, currently on Kickstarter.
I’m having a lot of fun putting Knaves together and reading all the stories. We have stories from awesome folks like Linda Robertson, whose story really moved me because it was about a subject near to my heart, Toiya Kristen Finley, Clay Sanger, Anna Smith Spark, Cat Rambo, Maurice Broaddus, Mercedes Lackey, and more! I really hope you check it out. 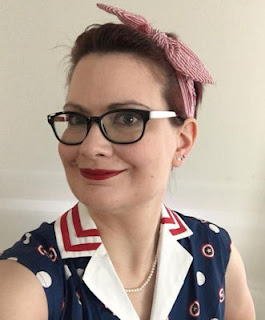 Melanie R. Meadors is the author of fantasy stories where heroes don't always carry swords and knights in shining armor often lose to nerds who study their weaknesses. Her fiction has most recently appeared in the anthologies Champions of Aetaltis and Kaiju Rising II: Reign of Monsters. Melanie is the co-director of the Gen Con Writer's Symposium and the publisher at Outland Entertainment. She's the co-editor of the anthology MECH: Age of Steel and Knaves: A Blackguards Anthology, and editor of Hath No Fury and Tales of Excellent Cats: A Monarchies of Mau Anthology. She is a blogger and general b*tch monkey at The Once and Future Podcast.