Interview with R.F. Kuang, author of The Poppy War


Please welcome R.F. Kuang to The Qwillery as part of the 2018 Debut Author Challenge Interviews. The Poppy War was published on May 1st by Harper Voyager. 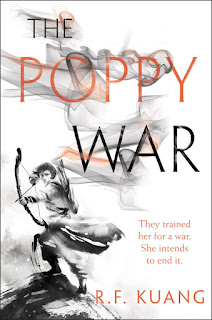 R.F.:  I wrote a novel in fifth grade called Liberty or Death about the American Revolution. It was about a freedom fighter named Patrick Dawson whose best friend die sin the Boston Massacre, and it is really, really bad. There’s a scene where he takes this girl Hannah on a date, winks at her, and says something like “I don’t drink on dates.” The whole point of alcohol is drinking on dates.

R.F.:  I used to be a pantser, realized that that does not work for trilogies or for long complicated military campaigns, and now I’m a hybrid. I only let myself writes scenes that I’m really feelin’, like emotionally, on a given day. So I always write the emotional “peaks” first–the cool scenes where things blow up and people die–and then try to make everything else fit around them. I write horrifically messy firsts drafts and it’s always a challenge making them internally coherent. But if I did it the other way, my prose would be lifeless.

R.F.:  Balancing writing with schoolwork. I’m in the middle of finishing my senior thesis. There are not enough hours in the day. And it’s only going to get worse because I’m about to head off to grad school, so RIP my soul. Pray for me.

R.F.:  Music! I write scenes by putting on songs and directing little music videos in my head. If I don’t know the right vibe for a scene I’ll play around with different songs until I start seeing the right images.

TQ:  Describe The Poppy War in 140 characters or less.

TQ:  Tell us something about The Poppy War that is not found in the book description.

R.F.:  The second half of the book gets really dark. Uncomfortable dark. You can find content warnings on my Goodreads review and just about every other SFF review site. Here they are just in case!
-      Self-harm
-      Genocide
-      Graphic violence
-      Rape/sexual assault
-      Emotional and physical abuse
-      Drug use
Please read with discretion.

TQ:  What inspired you to write The Poppy War? What appeals to you about writing Historical Fantasy?

TQ:  What sort of research did you do for The Poppy War?

R.F.:  I researched it like I would an academic paper. I read a bunch of secondary source material on both the twentieth century and the Song Dynasty to form a framework for the plot. Then to make the world feel fully realized, I consulted primary source material, like military manuals. I got really excited about one text in particular: the Huolongjing, translated as the Fire Drake Manual, which is this amazing 14th century military treatise on all the different possible uses of gunpowder. Granted, that’s a few hundred years after the period that The Poppy War is purportedly set in, but this is fantasy. I’ll blur the lines if it means I get to give my characters fire lances.

TQ:  Please tell us about the cover for The Poppy War.

R.F.:  I’m so excited about the cover! The artist is a Taiwanese illustrator named who goes by JungShan, and she’s extraordinarily talented. I love her ink brush style so much. Here’s the link to her Deviantart! https://jungshan.deviantart.com/

TQ:  In The Poppy War who was the easiest character to write and why? The hardest and why?

R.F.:  Jiang was the easiest because he’s so much fun, and because I know things about him that you don’t so it’s always a game of how much I want to reveal. Altan was the hardest, because he’s modeled on an ex-boyfriend, so I kept wanting to punch him in the face. Fuck Altan.

TQ:  Which question about The Poppy War do you wish someone would ask? Ask it and answer it!

Question: Which two characters do you ship hardest?
Answer: Jiang and Jun. No question.

TQ:  Give us one or two of your favorite non-spoilery quotes from The Poppy War. 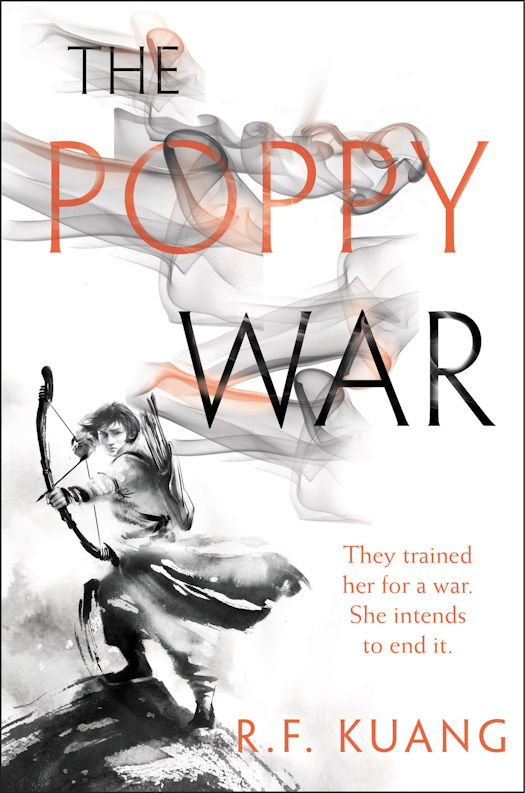 A "Best of May" Science Fiction and Fantasy pick by Amazon, Barnes and Noble, Audible, The Verge, SyFy Wire, and Kirkus

“I have no doubt this will end up being the best fantasy debut of the year [...] I have absolutely no doubt that [Kuang’s] name will be up there with the likes of Robin Hobb and N.K. Jemisin.” -- Booknest

A brilliantly imaginative talent makes her exciting debut with this epic historical military fantasy, inspired by the bloody history of China’s twentieth century and filled with treachery and magic, in the tradition of Ken Liu’s Grace of Kings and N.K. Jemisin’s Inheritance Trilogy.

When Rin aced the Keju—the Empire-wide test to find the most talented youth to learn at the Academies—it was a shock to everyone: to the test officials, who couldn’t believe a war orphan from Rooster Province could pass without cheating; to Rin’s guardians, who believed they’d finally be able to marry her off and further their criminal enterprise; and to Rin herself, who realized she was finally free of the servitude and despair that had made up her daily existence. That she got into Sinegard—the most elite military school in Nikan—was even more surprising.

Because being a dark-skinned peasant girl from the south is not an easy thing at Sinegard. Targeted from the outset by rival classmates for her color, poverty, and gender, Rin discovers she possesses a lethal, unearthly power—an aptitude for the nearly-mythical art of shamanism. Exploring the depths of her gift with the help of a seemingly insane teacher and psychoactive substances, Rin learns that gods long thought dead are very much alive—and that mastering control over those powers could mean more than just surviving school.

For while the Nikara Empire is at peace, the Federation of Mugen still lurks across a narrow sea. The militarily advanced Federation occupied Nikan for decades after the First Poppy War, and only barely lost the continent in the Second. And while most of the people are complacent to go about their lives, a few are aware that a Third Poppy War is just a spark away . .
.
Rin’s shamanic powers may be the only way to save her people. But as she finds out more about the god that has chosen her, the vengeful Phoenix, she fears that winning the war may cost her humanity . . . and that it may already be too late. 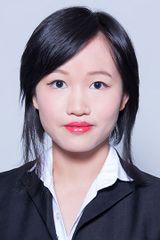 R.F. Kuang studies modern Chinese history. She has a BA from Georgetown University and is currently a graduate student in the United Kingdom on a Marshall Scholarship. The Poppy War is her debut novel.