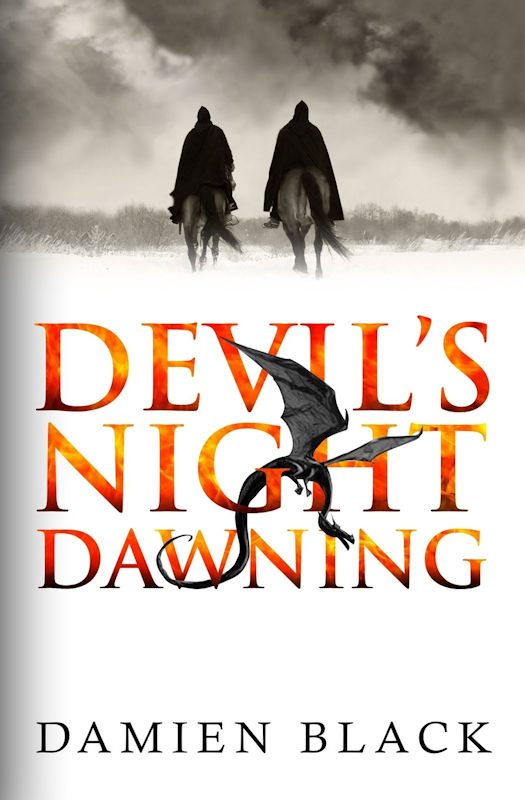 As a kingdom teeters on the brink of war, two witch hunters fight to stop a warlock before he unleashes an ancient evil…

For centuries, the Argolian Order has protected the mortal vale from the dark forces of the Other Side. Now the barrier between worlds is breaking down, and two monks must survive a civil war before they can stop the wizard responsible.

When Adelko is assigned to legendary exorcist and witch hunter Horskram, he expects an adventurous life. Death by adventure isn’t what he had in mind – but it seems the only outcome when they learn of a sorcerous theft that threatens the world.

The thief wants to silence them – permanently. And so Horskram and Adelko flee from one danger to another as the Jarl of Thule leads a rebel army against the King of Northalde, plunging the realm into conflict.

And on the Other Side, demonkind reawakens…

The Broken Stone Chronicle is a riveting tale of war, quest, magic and horror for fans of medieval fantasy, sword and sorcery, dark fantasy and epic fantasy. Buy a copy now!

In Damien Black’s world, an evil witch ensorcelled a hero into performing a number of tasks to increase her power, including the creation of a headstone to store that power. Once freed from the enchantment, the hero defeated the witch and broke the headstone into several pieces. Each piece was taken separately and hidden far away, to prevent the headstone from ever being reunited. However, a master monk, Horskram, discovers that the piece being guarded by his abbey has been stolen, and he and his acolyte, Adelko, set out to the next hiding place to see whether the theft was a fluke or the first in an effort to reunite the headstone.

The trials and tribulations faced by the monks in their journey are only as small part of this novel. Divided into three sections of about 15 chapters each, the story has about 10 other characters, some of whom interact with the others. In particular, I liked Lady Adhelina, the earl’s daughter being forced to marry against her will, and Vaskarian, the reckless squire with the fiery temper. Each of the characters are well-rounded, and their actions and words all support the characterization given to them.

Set in something similar to medieval times, Black does a terrific job describing the architecture as well as the armature of the knights. He even uses archaic terms that I had to look up to ensure the correct meaning. The fight scenes were dramatic without being too graphic. Overall, this added to the atmosphere of the novel.

In some regards, Devil's Night Dawning reminded me of George R. R. Martin’s Game of Thrones, with its multiple character perspectives spread across a large worldview. But I think Black would have benefited from a good editor. Sometimes his chapters seemed to go on too long. He used a lot of exposition from Horskram to Adelko to outline the history of the world as well as that of the missing headstone. The first time it took several pages of quotes from their spiritual books to defeat an evil possession; however, each subsequent attack seemed to take longer, which could make sense, because the entities were stronger and more dangerous. In the end, it just made it feel longer to read.