SPFBO 2017 Review: The War of Undoing by Alex Perry 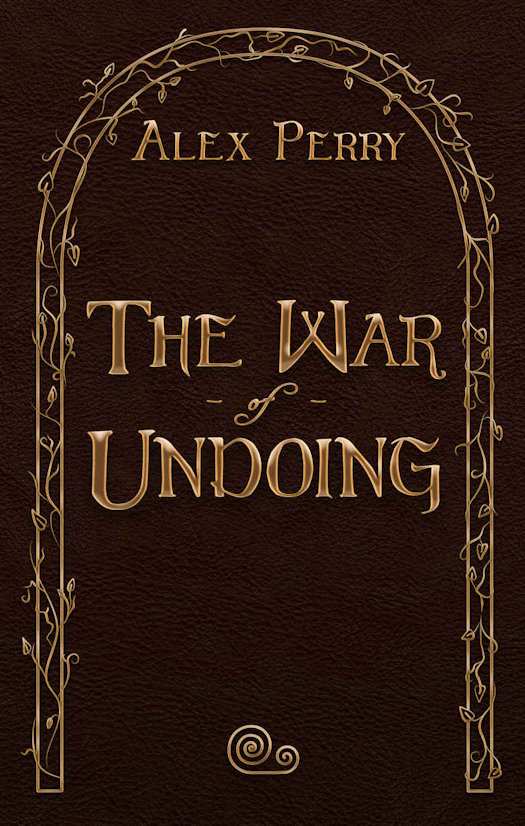 ‘My name is Tay Raining, and this is my brother Ellstone. I wonder if you’ve heard of us … I have a birthmark shaped like a question mark on my hand, I think it might mean something but I’m not sure what. My brother is probably important too, though I can’t imagine how. I’m rambling now, sorry. The point is … the point is, we are the Rainings, and we’re here to save you.’

War is brewing in Kyland, as the shadowy, spell-weaving vumas rebel against the human government, but both sides have secret weapons at their disposal. The humans’ secret weapon: a plan that could be the undoing of the world. The vumas’ secret weapon: three young humans abandoned in the smog-shrouded town of Tarot – Tay, Ellstone and Miller Raining. The Rainings could be the key to winning the war, but first they’ll need to work out whose side they are really on…

The War of Undoing takes readers on an exciting journey into a world on the brink of tearing itself apart. It is the first book in the Kyland Falls fantasy series, and is Alex Perry's debut novel.

The War of Undoing by Alex Perry is a difficult book for me to review... in some ways. I enjoyed the premise of the novel and the flow of the story for the most part, but disliked most of the main characters either part of the time or most of the time. I don't know if this novel is Young Adult but it certainly read that way to me since the majority of the main characters were teens.

This world is divided into humans and vumas. Humans have no inherent magic and vumas do. The humans have oppressed the vumas - limiting their use of magic and where they can live. The leader of the vumas is fed up. This is a story of a changing world, of haves and have-nots, of oppression by the haves and brewing revolution by the have-nots, of fear of the magical by those without magic. It's also the story of 3 siblings - Tay, Ellstone and Miller Raining who were abandoned by their parents and how that affected each of them.

The book is divided into chapters by POV characters - Tay, Ellstone, Miller, and Kisli Thomas. The voices were not that different. There were a few times that if I did not know who the POV character was (from the chapter headings) I would have been confused. The characters are just enough different that this is not usually a problem. I also feel that at least 2 of the characters were stereotypical just to show the opposite sides of the conflict. Tay and Ellstone looked at the vumas as either their saviors or their mortal enemies. I believe that the story would have benefited tremendously from more nuanced characters.

I enjoyed the worldbuilding quite a bit. The author gives enough background to the growing conflict that it was understandable. There were some terrific non-POV characters as well. I'd love to read more about the exploits of Gramor Eretol, a vuma. The pacing is generally good and the battles and skirmishes were very well done.