What's Up for the Debut Author Challenge Authors, Part 48 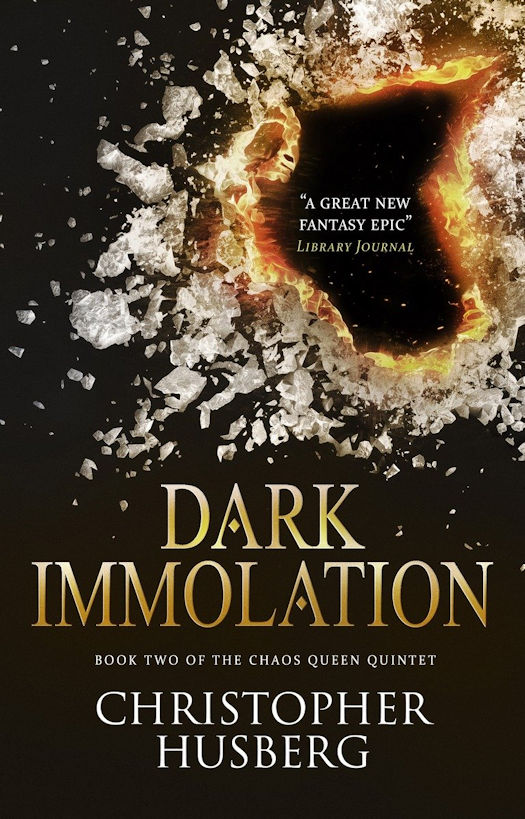 There are rumours in Ashta - a new religion is rising, and Cinzia, one-time Cantic priestess, has escaped the Holy Crucible. Fleeing from Navone, Cinzia travels with Knot, a man of many parts, and Astrid, the child-like vampire. They are gathering followers, but the murderous Nazaniin are still on their trail.

Meanwhile, Winter is losing her grip on sanity, grappling with immense powers beyond her understanding. Where she goes, chaos and death follow. 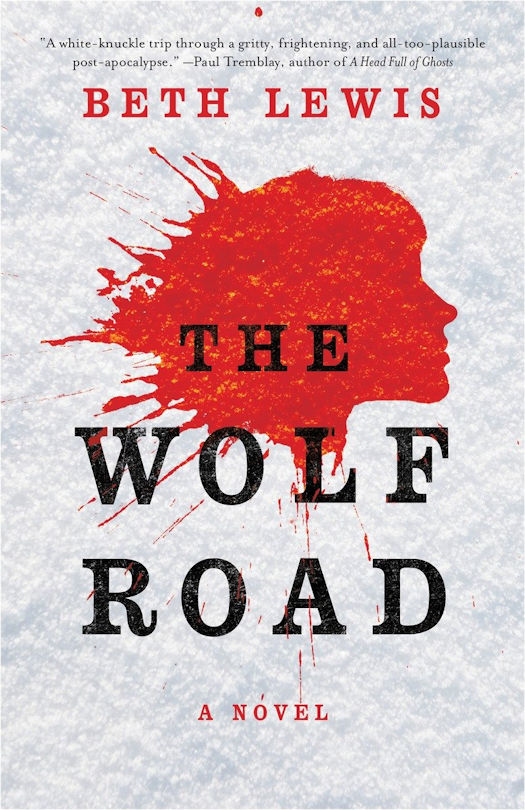 ELKA BARELY REMEMBERS a time before she knew Trapper. She was just seven years old, wandering lost and hungry in the wilderness, when the solitary hunter took her in. In the years since then, he’s taught her how to survive in this desolate land where civilization has been destroyed and men are at the mercy of the elements and each other.

But the man Elka thought she knew has been harboring a terrible secret. He’s a killer. A monster. And now that Elka knows the truth, she may be his next victim.

The Wolf Road is an intimate cat-and-mouse tale of revenge and redemption, played out against a vast, unforgiving landscape—told by an indomitable young heroine fighting to escape her past and rejoin humanity. 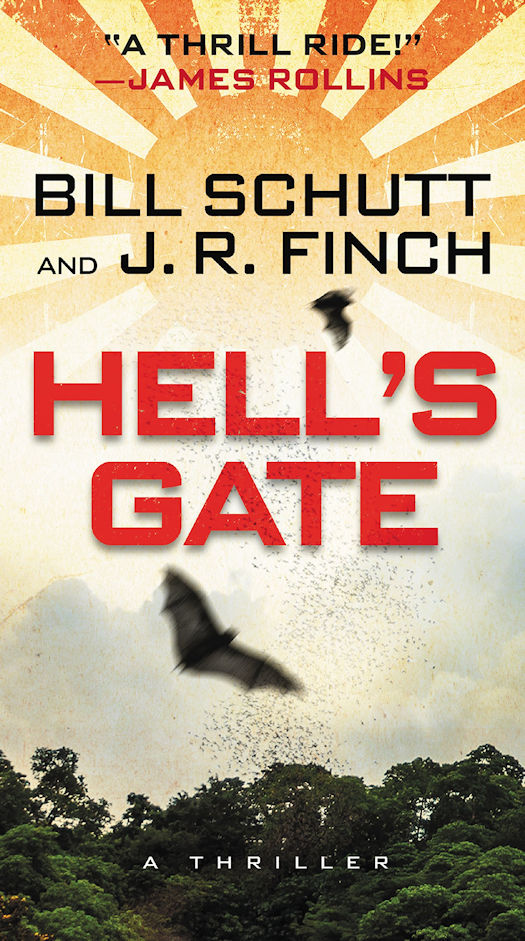 “Will haunt you long after you put the book down.” — James Cameron, director/writer/explorer

1944. As war rages across Europe and the Pacific, Army intel makes a shocking discovery: a three-hundred-foot Japanese submarine marooned and empty, deep in the Brazilian interior. A team of Army Rangers sent to investigate has gone missing and the military sends Captain R. J. MacCready to learn why the Japanese are there—and what they’re planning.

Parachuting into a mist-shrouded valley beneath a two thousand foot plateau, Mac is unexpectedly reunited with fellow scientist and friend Bob Thorne, presumed dead for years. Thorne, a botanist, lives with Yanni, an indigenous woman who possesses mysterious, invaluable skills. Their wisdom and expertise will prove lifesaving for Mac as he sets out into the unknown.

Soon, Mac learns of a diabolical Axis plot to destroy the United States and its allies. But there’s an even darker force on the prowl, attacking at night and targeting both man and beast. Mac has to uncover the source of this emerging biological crisis and foil the enemy’s plans . . . but will he be in time to save humanity from itself? 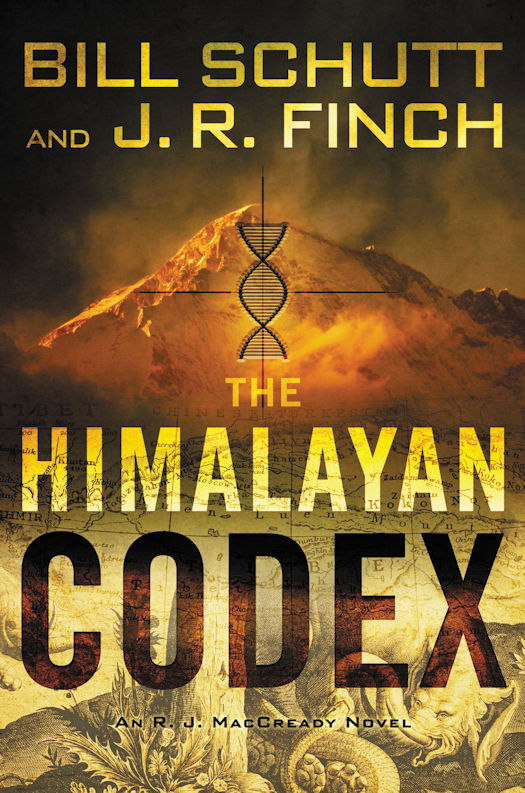 In the wake of World War II, zoologist and adventurer Captain R. J. MacCready is sent to the frozen mountain valleys of Tibet to find a creature of legend that may hold the secret to humankind’s evolutionary future—or the key to its extinction—in this explosive follow-up to Hell’s Gate.

It is 1946, and the world is beginning to rebuild from the ashes of the devastating war. Marked by the perilous discoveries he encountered in the wilds of Brazil, Captain R. J. MacCready has a new assignment on the other side of the globe—a mission that may help him put the jungle’s horrors behind him. He is headed for the Himalayas, to examine some recently discovered mammoth bones.

Arriving in Asia, Mac learns the bones are only a cover story. He’s really there to investigate an ancient codex allegedly written by Pliny the Elder, a fascinating text filled with explosive secrets. The Roman naturalist claimed to have discovered a new race of humans, a divergent species that inspired the myth of the Yeti and is rumored to have the ability to accelerate the process of evolution. If Pliny’s assertions are true, this seemingly supernatural ability holds unlimited potential benefits—and unlimited potential for destruction.

Charged with uncovering more about this miracle species, Mac sets off into the remote mountain valleys of Tibet, using the codex as his guide. But the freezing climate and treacherous terrain are only the beginning of the dangers facing him. He must also contend with the brutal Chinese army and a species of native creature even the Yeti seem to fear. The deeper he plunges into the unknown, the more certain it appears that Mac and the associates who join his odyssey may not make it out alive. 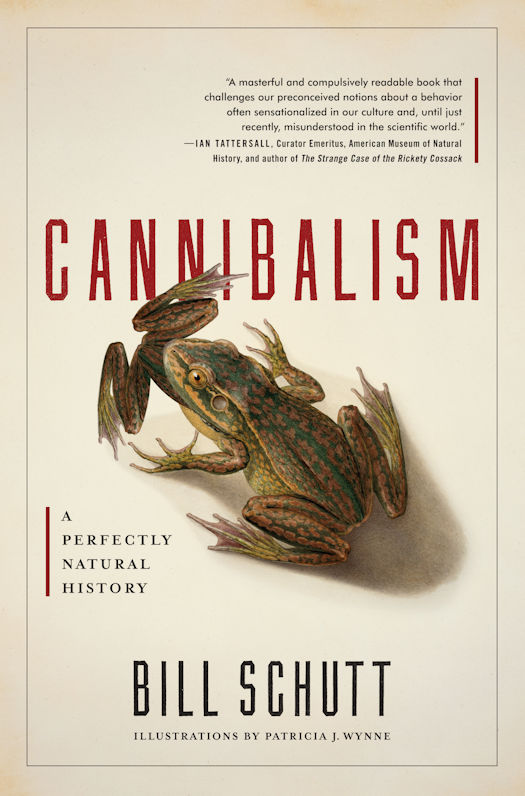 Eating one’s own kind is completely natural behavior in thousands of species, including humans. Throughout history we have engaged in cannibalism for reasons related to famine, burial rites, and medicine. Cannibalism has also been used as a form of terrorism and as the ultimate expression of filial piety. With unexpected wit and a wealth of knowledge, Bill Schutt, a research associate at the American Museum of Natural History, takes us on a tour of the field, exploring exciting new avenues of research and investigating questions like why so many fish eat their offspring and some amphibians consume their mother’s skin; why sexual cannibalism is an evolutionary advantage for certain spiders; why, until the end of the eighteenth century, British royalty regularly ate human body parts; and how cannibalism might be linked to the extinction of Neanderthals.

Today, the subject of humans consuming one another has been relegated to the realm of horror movies, fiction, and the occasional psychopath. But as climate change progresses and humans see more famine, disease, and overcrowding, biological and cultural constraints may well disappear. These are the very factors that lead to outbreaks of cannibalism--in other species and our own.