What's Up for the Debut Author Challenge Authors, Part 41

The Promise of the Child
Volume One of the Amaranthine Spectrum
Night Shade Books, October 11, 2016
Trade Paperback, 484 pages
Hardcover and eBook, September 22, 2015 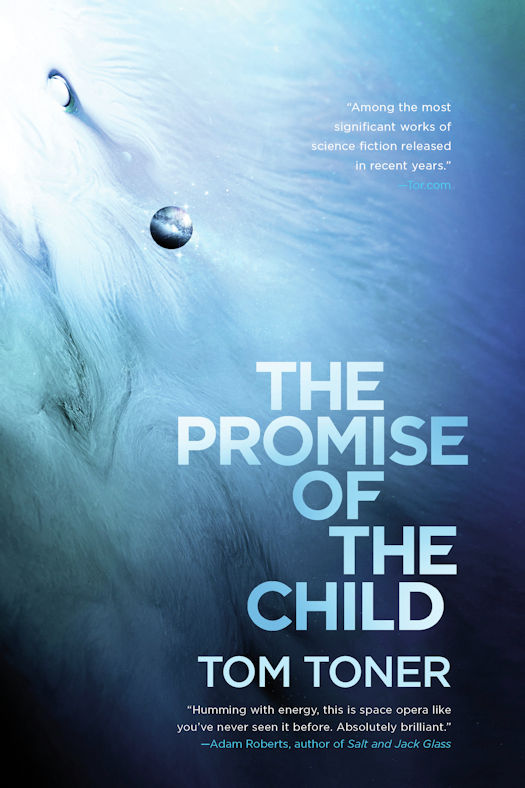 In the radically advanced post-human worlds of the Amaranthine Firmament, there is a contender to the Immortal throne: Aaron the Long-Life, the Pretender, a man who is not quite a man.

In the barbarous hominid kingdoms of the Prism Investiture, where life is short, cheap, and dangerous, an invention is born that will become the Firmament’s most closely kept secret.

Lycaste, a lovesick recluse outcast for an unspeakable crime, must journey through the Provinces, braving the grotesques of an ancient, decadent world to find his salvation.

Sotiris, grieving the loss of his sister and awaiting the madness of old age, must relive his twelve thousand years of life to stop the man determined to become Emperor.

Ghaldezuel, knight of the stars, must plunder the rarest treasure in the Firmament—the object the Pretender will stop at nothing to obtain.

From medieval Prague to a lonely Mediterranean cove, and eventually far into the strange vastness of distant worlds, The Promise of the Child is a debut novel of gripping action and astounding ambition unfolding over hundreds of thousands of years, marking the arrival of a brilliant new talent in science fiction.

The Weight of the World
Volume Two of the Amaranthine Spectrum
Night Shade Books, January 3, 2017
Hardcover and eBook, 432 pages 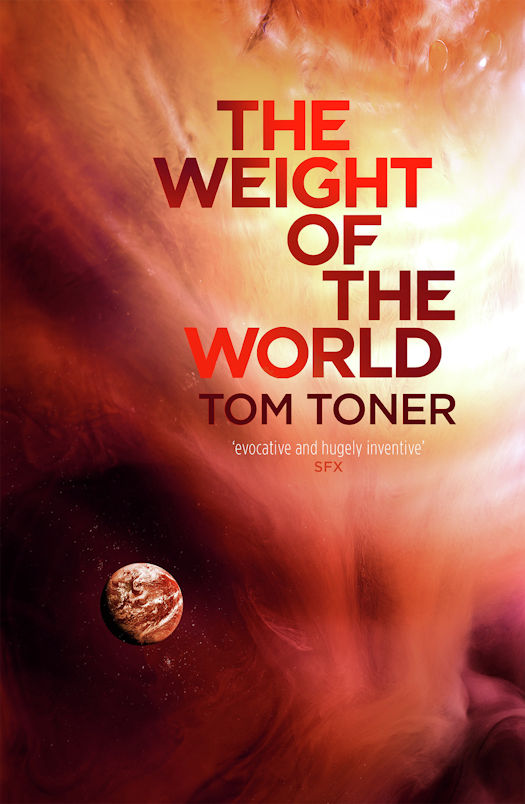 The sequel to the critically acclaimed and ambitious literary space opera debut, The Promise of the Child.

It is the 147th century; the turning of the Amaranthine new year.

In the provinces of the Old World, the giant Elatine’s war of liberation has come to an impasse, leaving the wicked monarchy of the First in possession of the throne.

In the Vaulted Lands of the Firmament, acolytes have risen up to execute their immortal masters. The opportunistic races of the Prism, intoxicated with greed, have arrived inside every Solar Satrapy to scavenge what’s left.

In the wild Investiture, on a forgotten water moon, a crew of shipwrecked Privateers come face to face with their greatest terror, and with it the most valuable treasure in all the galaxy.

Jatropha, legendary Immortal, must escort his precious charge through the exotic Westerly Provinces, knowing all the world would steal her if they could.

Sotiris, his mind fading fast, must set out to find his dear, drowned sister in a land previously unglimpsed by anyone but the dead.

Lycaste, now far from home, must journey in strange company to the edge of a tempestuous sea, to the lair of someone so dangerous that even the legendary Amaranthine fear his name. 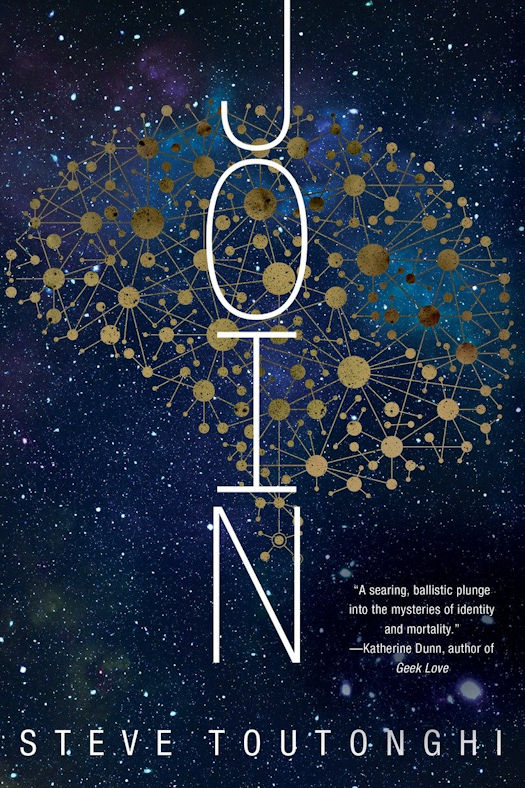 What if you could live multiple lives simultaneously, have constant, perfect companionship, and never die? That’s the promise of Join, a revolutionary technology that allows small groups of minds to unite, forming a single consciousness that experiences the world through multiple bodies. But as two best friends discover, the light of that miracle may be blinding the world to its horrors.

Chance and Leap are jolted out of their professional routines by a terrifying stranger—a remorseless killer who freely manipulates the networks that regulate life in the post-Join world. Their quest for answers—and survival—brings them from the networks and spire communities they’ve known to the scarred heart of an environmentally ravaged North American continent and an underground community of the “ferals” left behind by the rush of technology.

In the storytelling tradition of classic speculative fiction from writers like David Mitchell and Michael Chabon, Join offers a pulse-pounding story that poses the largest possible questions: How long can human life be sustained on our planet in the face of environmental catastrophe? What does it mean to be human, and what happens when humanity takes the next step in its evolution? If the individual mind becomes obsolete, what have we lost and gained, and what is still worth fighting for? 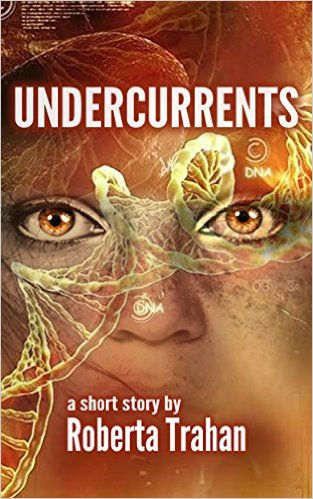 Deidre Morneau can't remember the last time she didn't have a headache. Chronic migraines have crippled her life and destroyed her dreams, and years of failed therapies have brought her to the brink of despair. But then, the effects of a last-ditch experimental treatment begin to take hold, and Deidre's symptoms get even worse.

Beyond desperate, Deidre agrees to see the research scientist at Extragen Labs who developed the medication she has been taking. But when she arrives at the cold, creepy clinic, Deidre has second thoughts. Just as she decides to opt out, the biggest migraine of her life overwhelms her and Deidre passes out on the waiting room floor.

Deidre suddenly awakens to a bizarre and terrifying new reality. Somehow, she has become the subject of a secret research project, and her body is undergoing a radical change. She is also isolated, restrained, and at the mercy of madmen. Whatever is happening, whatever Deidre is becoming, she isn't waiting around to find out. 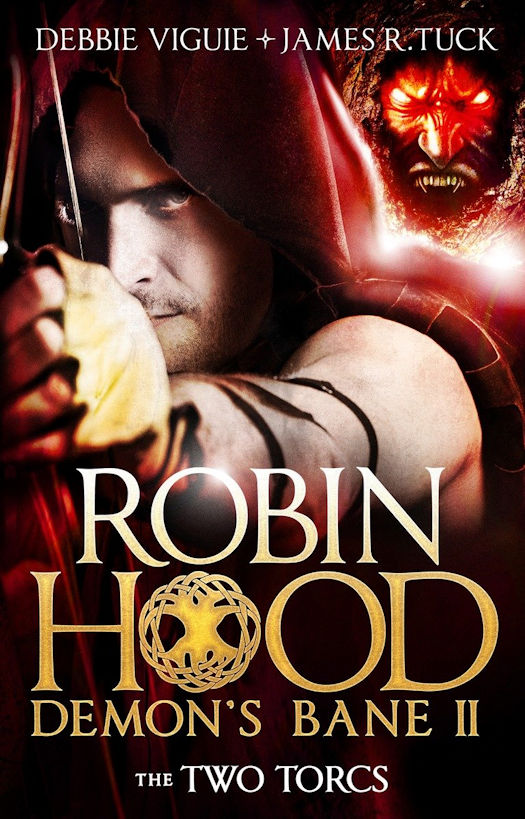 Evil is everywhere. Through terror and dark sorcery, Prince John wields the power of the throne. Lord and peasant alike meet violent ends as the Sheriff’s arcane beasts spread fear and death.

A small group of rebels oppose John, striking from Sherwood Forest...the one place his creatures cannot pursue them. Though their numbers grow, so do the forces of darkness. Unless Robin and Marian fulfill the ancient prophecy of the Two Torcs, the forest will be overrun, and England will fall. 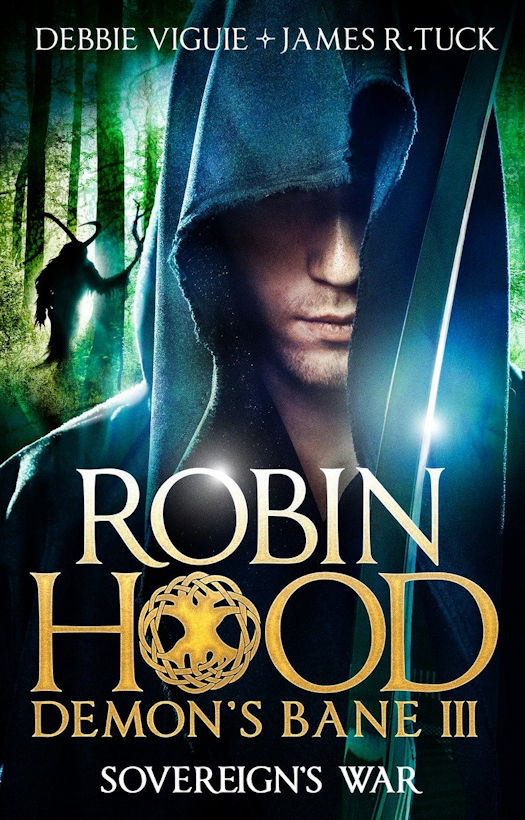 THE THIRD BOOK IN THE ROBIN HOOD: BLACK ARROW SERIES! A dramatically different telling of the Robin Hood legend, with dark magic, fantasy, and horror woven into the story. 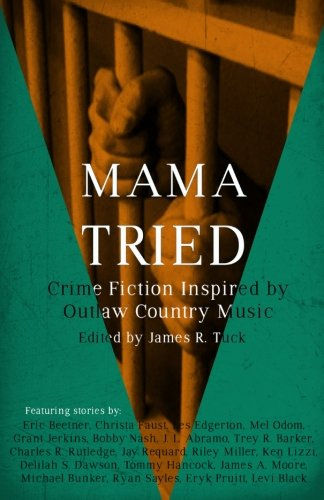 •An off-books mercenary trying to save a trucker’s delivery from a beautiful thief
•An ex-con dealing with small town prejudice...and armed robbery
•Outlaw newlyweds running from a Tri-county druglord
•A young girl seeking solace in the company of dogs bred to fight that she never found in family
•A wife discovering the other woman is not what she thought
•A writer finding out what prison is really like 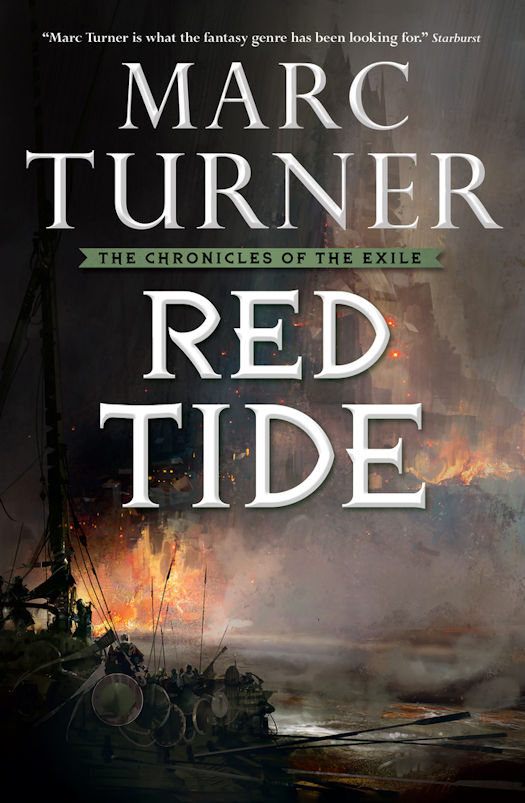 Red Tide, the third volume in Marc Turner's The Chronicles of the Exile, following When the Heavens Fall and Dragon Hunters

The Augerans are coming. And their ships are sailing in on a red tide.

The Rubyholt Isles are a shattered nation of pirate-infested islands and treacherous waterways shielding the seaboards of Erin Elal and the Sabian League, a region even dragons fear to trespass.

The Augerans beseech the Warlord of the Isles, seeking passage for their invasion fleet through Rubyholt territory. But they are sailing into troubled waters. Their enemies have sent agents to sabotage the negotiations, and to destroy the Augeran fleet by any means necessary.

The emperor of Erin Elal seeks to forge an alliance with the Storm Lords, hoping to repulse the Augerans with a united front. But the battle lines for the struggle are not as clearly drawn as it first appears, for the Emira of the Storm Isles mistrusts the Erin Elalese as much as she does their common enemy. And the Augerans might just be planning a little sabotage of their own.

But nothing in the realm of mortals escapes the notice of their meddling gods; every step they take is shadowed, and every choice they make ensnared in a web so subtle and vast, its true shape may be fathomed only when it is far, far too late.

A new epic adventure in the fantastic world of When the Heavens Fall and Dragon Hunters!