What's Up for the Debut Author Challenge Authors, Part 32 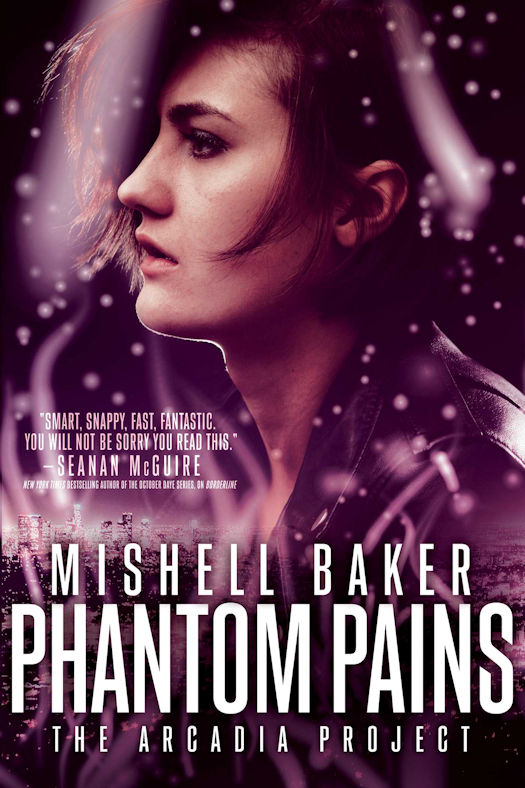 In the second book to the “exciting, inventive, and brilliantly plotted” (Seanan McGuire, New York Times bestselling author) Borderline, Millie unwillingly returns to the Arcadia Project when an impossible and deadly situation pulls her back in.

Four months ago, Millie left the Arcadia Project after losing her partner Teo to the lethal magic of an Unseelie fey countess. Now, in a final visit to the scene of the crime, Millie and her former boss Caryl encounter Teo’s tormented ghost. But there’s one problem: according to Caryl, ghosts don’t exist.

Millie has a new life, a stressful job, and no time to get pulled back into the Project, but she agrees to tell her side of the ghost story to the agents from the Project’s National Headquarters. During her visit though, tragedy strikes when one of the agents is gruesomely murdered in a way only Caryl could have achieved. Millie knows Caryl is innocent, but the only way to save her from the Project’s severe, off-the-books justice is to find the mysterious culprits that can only be seen when they want to be seen. Millie must solve the mystery not only to save Caryl, but also to foil an insidious, arcane terrorist plot that would leave two worlds in ruins. 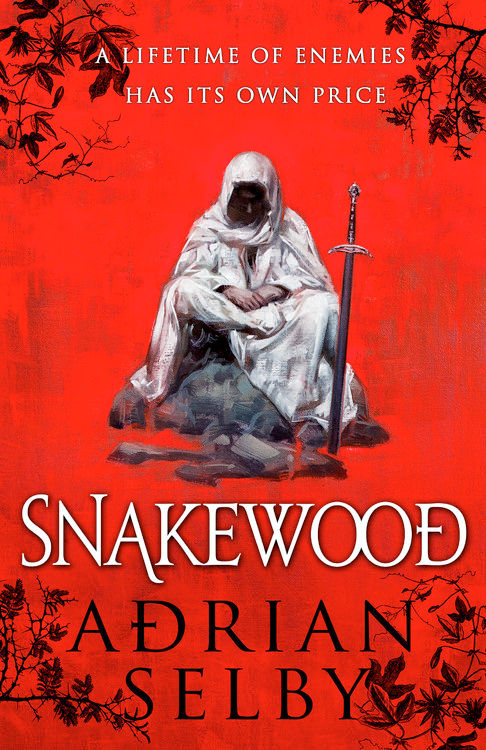 A LIFETIME OF ENEMIES HAS ITS OWN PRICE

Mercenaries who gave no quarter, they shook the pillars of the world through cunning, chemical brews, and cold steel.

Now, their glory days are behind them. Scattered to the wind and their genius leader in hiding, they are being hunted down and eliminated.

A groundbreaking debut fantasy of betrayal, mystery, and bloody revenge.

On the Merits of Unnaturalness
Bloomsbury USA, April 7, 2016
The Bone Season
eBook, 40 pages 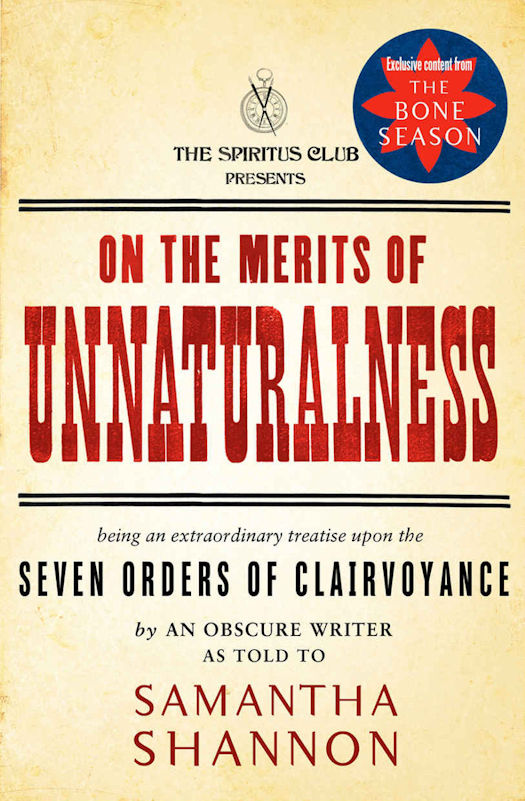 Be aware, my good Reader, that this Pamphlet, no matter how controversial its content, must never fall into enemy Hands.

The most important piece of clairvoyant literature written in the twenty-first century, On the Merits of Unnaturalness is a pamphlet first published anonymously in 2031 by Jaxon Hall, the voyant who would later become the mime-lord known as the White Binder.

Hall was the first to index both known and supposed forms of Unnaturalness, resulting in the classification of the Seven Orders. This controversial piece of literature spread across the voyant underworld like a plague, revolutionising the syndicate but also creating discord in the form of brutal gang wars between the newly divided categories, the scars of which can still be seen today.

Revelatory and subversive, On the Merits of Unnaturalness is a must-read for any reader with a desire to further immerse themselves in the incredible world of Samantha Shannon's The Bone Season. 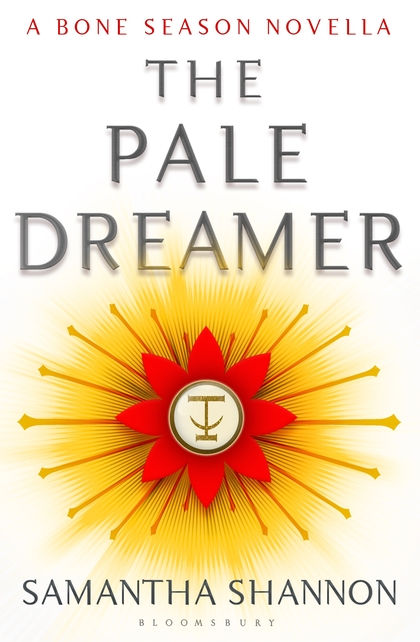 In the perilous heart of Scion London, a dangerous and valuable poltergeist is on the loose - and it must be caught before chaos erupts on the streets of the capital. Here, the clairvoyant underworld plays by its own rules, and rival gangs will stop at nothing to win such a magnificent prize.

Sixteen-year-old Paige Mahoney is working for Jaxon Hall, the most notorious mime-lord in the city. He thinks she is hiding a powerful gift, but it refuses to surface. Maybe this is the opportunity she needs to secure her position in his gang, the Seven Seals… 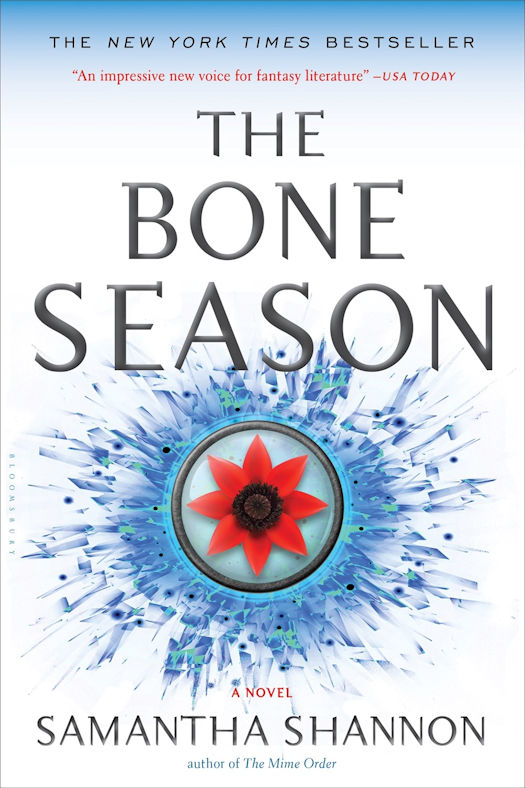 Featured in New York, USA Today, and Forbes, and on CNN.com.

Enter the world of Paige Mahoney, a gifted clairvoyant, a “dreamwalker,” in the year 2059. Her natural talents are considered treasonous under the current regime. Snatched away to a secret prison, she encounters another race, the Rephaim, creatures who wish to control the powers of Paige and those like her. One in particular will be assigned as her keeper, her trainer. But his motives are mysterious. To regain her freedom, Paige must learn to trust, in the prison where she is meant to die. 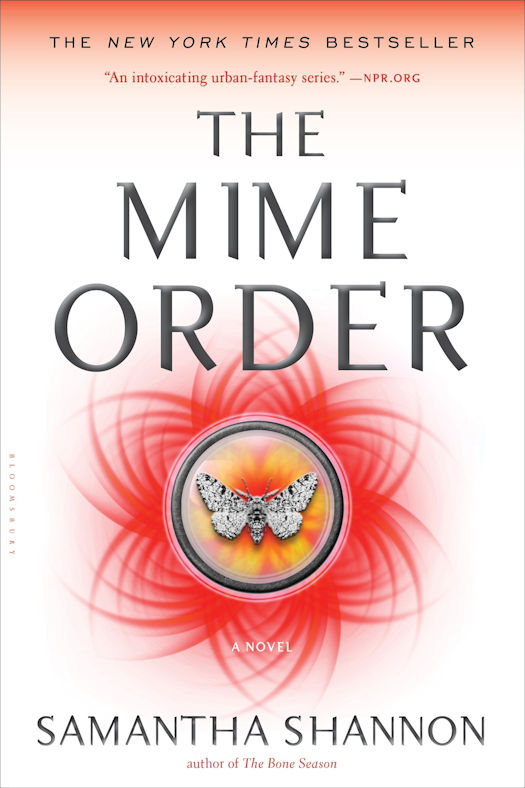 Paige Mahoney has escaped the brutal prison camp of Sheol I, but her problems have only just begun: many of the survivors are missing and she is the most wanted person in London . . .

As Scion turns its all-seeing eye on Paige, the mime-lords and mime-queens of the city's gangs are invited to a rare meeting of the Unnatural Assembly. Jaxon Hall and his Seven Seals prepare to take center stage, but there are bitter fault lines running through the clairvoyant community and dark secrets around every corner.

Then the Rephaim begin crawling out from the shadows. Paige must keep moving, from Seven Dials to Grub Street to the secret catacombs of Camden, until the fate of the underworld can be decided. 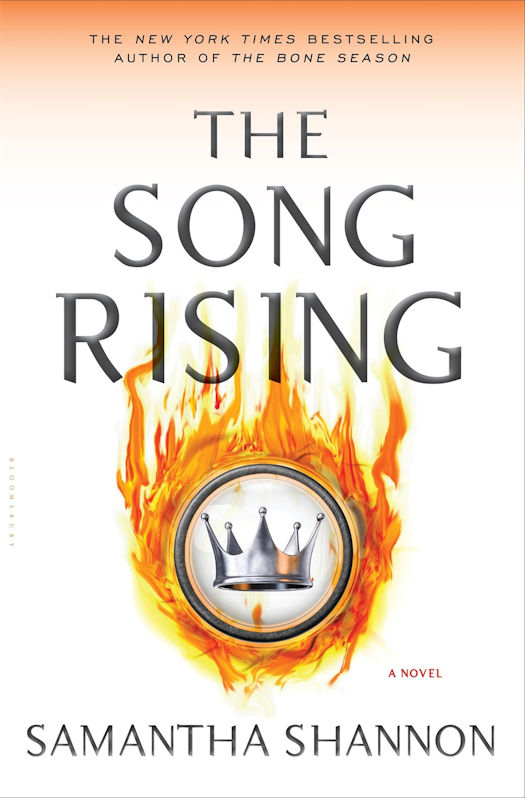 The magnificent new book in the New York Times-bestselling series: a fantastic tale of rebellion and courage against enormous odds. 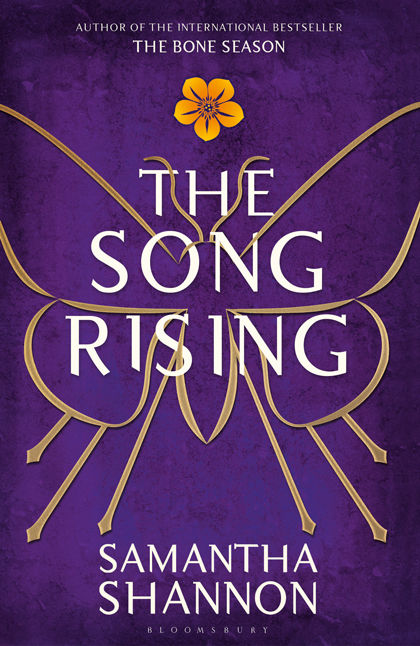