What's Up for the Debut Author Challenge Authors, Part 47 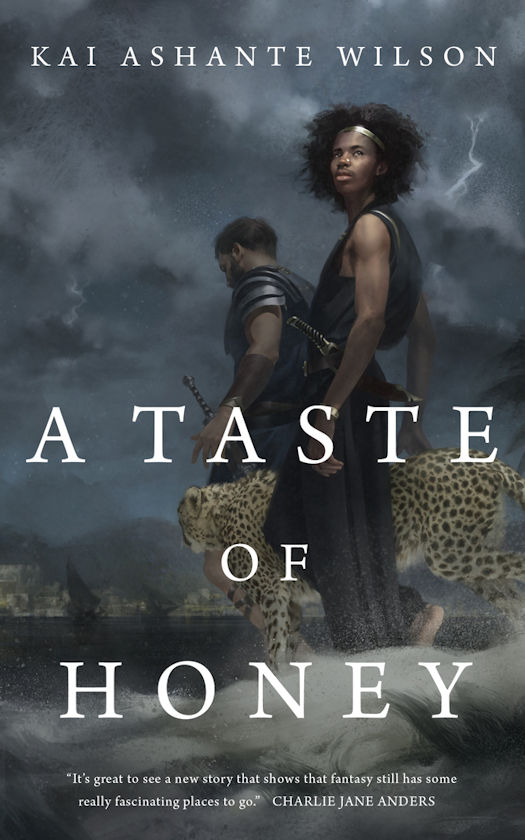 A Taste of Honey is a new novella in the world of Kai Ashante Wilson's The Sorcerer of the Wildeeps that N. K. Jemisin calls "a love story as painful as it is beautiful and complex". One of BookRiot's "Best Books We Read in November."

Long after the Towers left the world but before the dragons came to Daluça, the emperor brought his delegation of gods and diplomats to Olorum. As the royalty negotiates over trade routes and public services, the divinity seeks arcane assistance among the local gods.

Aqib bgm Sadiqi, fourth-cousin to the royal family and son of the Master of Beasts, has more mortal and pressing concerns. His heart has been captured for the first time by a handsome Daluçan soldier named Lucrio. In defiance of Saintly Canon, gossiping servants, and the furious disapproval of his father and brother, Aqib finds himself swept up in a whirlwind gay romance. But neither Aqib nor Lucrio know whether their love can survive all the hardships the world has to throw at them.

A Taste of Honey is a new novella in the world of Kai Ashante Wilson's The Sorcerer of the Wildeeps. 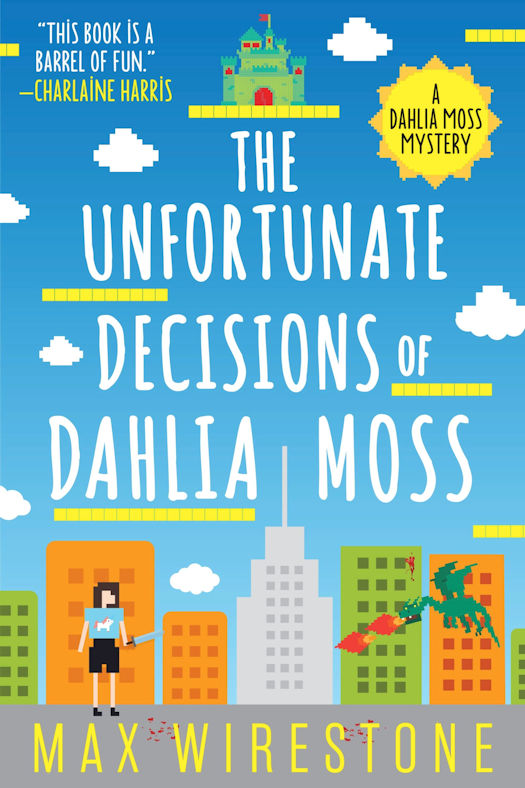 Veronica Mars meets the World of Warcraft in The Unfortunate Decisions of Dahlia Moss, a mystery romp with a most unexpected heroine.

If it were up to me this book would be called Hilarious Things That Happened That Were Not At All Dahlia's Fault -- or HTTHTWNAADF, for short.

OK, I probably shouldn't have taken money from a mysterious eccentric to solve a theft, given that I'm not a detective, and that I am sometimes outwitted by puzzles in children's video games. I probably shouldn't have stolen bags of trash from a potential murder suspect. Arguably-- just arguably, mind you-- it may have been unwise to cos-play at an event where I was likely to be shot at.

But sometimes you just have to take some chances, right? And maybe things do get a little unfortunate. What of it? If you ask me, an unfortunate decision here or there can change your life. In a positive way, just so long you don't killed in the process. Admittedly, that's the tricky bit. 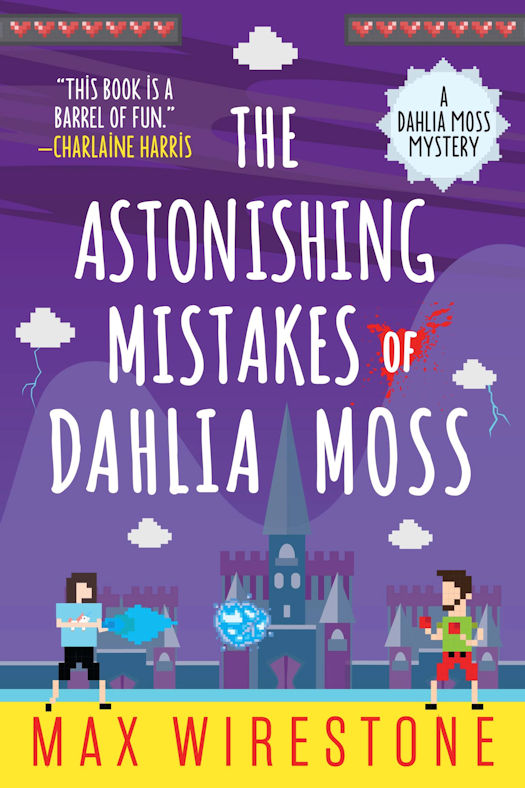 Veronica Mars meets the World of Warcraft in The Astonishing Case of Dahlia Moss, a mystery romp with a most unexpected heroine.

You'd think that after I took a bullet in my arm following my last case that I'd be timid about going in guns blazing a second time. But you'd be wrong. I faced down death, and the only bad thing that happened was that I got a cool scar. Which is a like a tattoo, but with street cred.

I may have been a little overconfident this time. And that may have seriously clouded my judgment. Some small, but confidently made, mistakes include:
That's the thing about a sense of invulnerability -- you usually get it right before things go terribly, terribly, wrong. 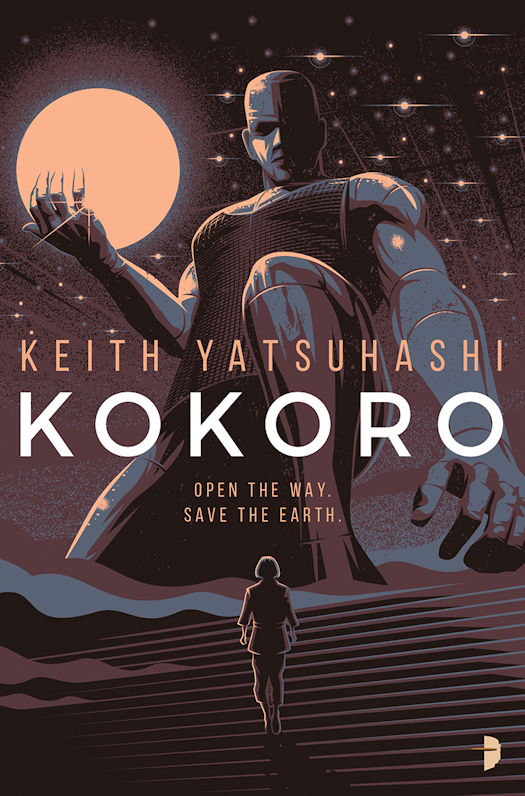 On the planet of Higo, without the guidance of the Great Spirits, its people are descending into religious civil war. Baiyren Tallaenaq, Prince of Higo, is exiled after causing the death of his mother.

Freed from his responsibilities and the looming war, he steals their greatest weapon – a giant, sentient, armoured suit – and uses it to open a Portal to a world he never knew existed. A world called “Earth”… home of a magical young woman called Keiko. 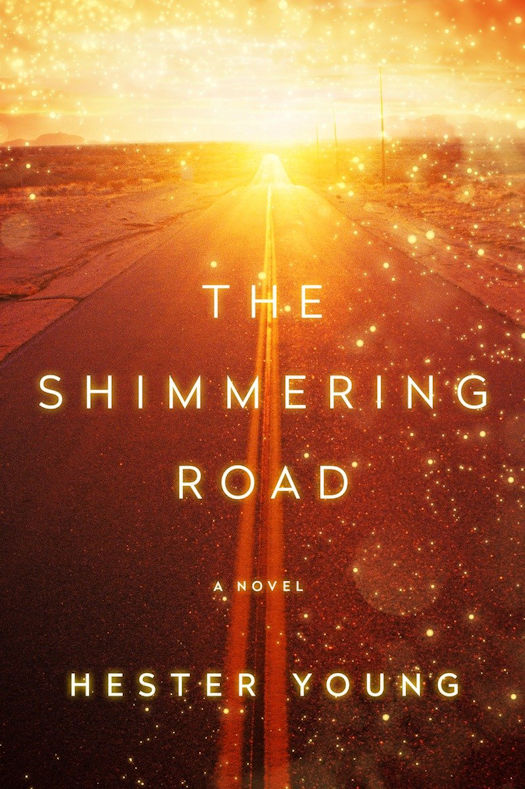 A pulse-pounding mystery from the author of The Gates of Evangeline featuring Charlotte “Charlie” Cates, an unforgettable heroine whose dark visions bring to light secrets that will heal or destroy those around her . . .

When soon-to-be mother Charlotte “Charlie” Cates begins to have recurring dreams about harm coming to her unborn daughter, she knows these are not the nightmares of an anxious mom-to-be. They are the result of her mysterious gift. But before she can decipher what these dreams might mean, Charlie learns that the mother who abandoned her when she was a toddler is the victim of a double murder in Arizona. The other victim—Jasmine, a half-sister Charlie never knew she had—has left behind a child, a little girl who speaks to Charlie in her dreams and was present on the night of the murders. Convinced that she must help her orphaned niece, Charlie travels to Tucson, Arizona, where she must confront her painful ties to her mother and delve into her sister’s shadowy past.

To untangle the web of secrets that will reveal the truth of her nightmares, Charlie can no longer avoid her family’s checkered history. Who is in the racy photos that turned up in Jasmine’s apartment? Where is her niece’s father, whom Jasmine was rumored to have been seeing again on the sly? Was her mother’s charity work in Mexico really as selfless as it seemed? And most important of all, what did her niece really witness on the night of the murders?

The search for answers leads Charlie across the Mexican border, from the resort town of Rocky Point to the border town of Nogales, and elucidates the meaning of her dreams in most unexpected ways. Ultimately, to protect her niece and her unborn child, Charlie must battle not just evil but the forces of nature, in one final terrifying encounter in the Tucson desert.

A thrilling mystery that combines literary suspense and romance with a mystical twist that is unputdownable. If you love Kate Atkinson and Alice Sebold, you should not miss Hester Young.