Merry Christmas to those who celebrate and Happy Holidays who those who don't. This will be my last WIR for 2016...whoop whoop! This won't be a very long post as weirdly I didn't read very much this week. So what did I read?

I have been a big fan of Larry Correia's Monster Hunter International series and was interested to learn that he had a new release - Monster Hunter Memoirs: Grunge. This instalment was largely written by John Ringo but edited Correia. The story is set in the 80's and tells the story, in the form of a diary, of the ex-marine now monster hunter Chad's life and early missions as part of the MHI.

I enjoyed this story but missed the over arching plot arc that the full series had. It felt like it was just one unrelated battle after another with Chad eating salmon rolls and chasing women in between. I don't know if lack of 'cohesion' was due to the fact it was written by another author or whether the format and premise didn't lend itself well to this series. Overall, I thought it was just OK. I missed Owen from the main series and didn't really warm to Chad. I will still try out the next book - Monster Hunter Memoirs: Sinners.

My second book that I didn't read but listened to via Audible was Dark and Stormy Knights. My best friend works for Audible and has been encouraging me to give audio books another try. I got this one a few years ago when I was trialing Audible and I loved a few of the authors. I was really disappointed with the first few stories - mainly a prequel in the Kate Daniels series as the voice of Kate wasn't what I was expecting. With my friend's encouragement I decided to give it another go and listened to all of the stories. On this second listen through I especially liked Jim Butcher's story of Jimmy Marcone and Vicki Pettersson's Shifting Star. I am still not totally in love with audio books. I think I have to listen to stories told in the first person or where the narrator doesn't try to change their voice for the different characters (as was the case for the Ilona Andrews story).


Guess what? That is it for me this week and for 2016 My Week in Review. Until then Happy Reading and Happy New Year! 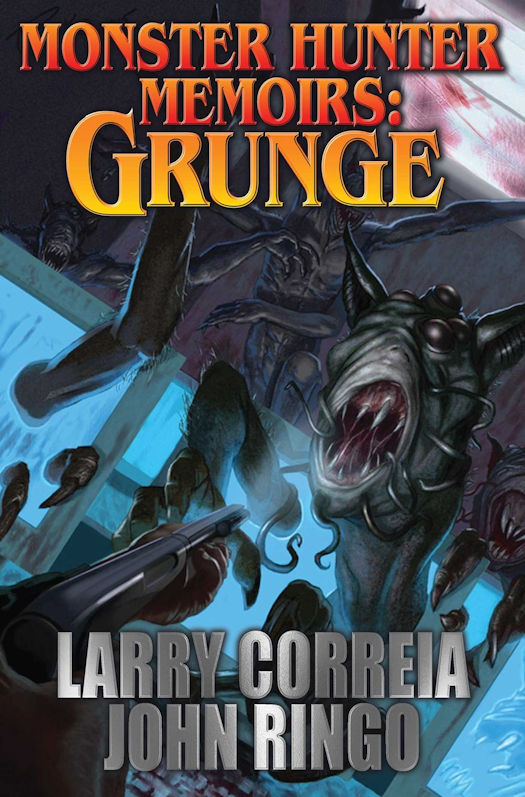 When Marine Private Oliver Chadwick Gardenier is killed in the Marine barrack bombing in Beirut, somebody who might be Saint Peter gives him a choice: Go to Heaven, which while nice might be a little boring, or return to Earth. The Boss has a mission for him and he's to look for a sign. He's a Marine: He'll choose the mission.

Unfortunately, the sign he's to look for is "57." Which, given the food services contract in Bethesda Hospital, creates some difficulty. Eventually, it appears that God's will is for Chad to join a group called "Monster Hunters International" and protect people from things that go bump in the night. From there, things trend downhill.

Monster Hunter Memoirs is the (mostly) true story of the life and times of one of MHI's most effective—and flamboyant—hunters. Pro-tips for up and coming hunters range from how to dress appropriately for jogging (low-profile body armor and multiple weapons) to how to develop contacts among the Japanese yakuza, to why it's not a good idea to make billy goat jokes to trolls.

Grunge harkens back to the Golden Days of Monster Hunting when Reagan was in office, Ray and Susan Shackleford were top hunters and Seattle sushi was authentic. 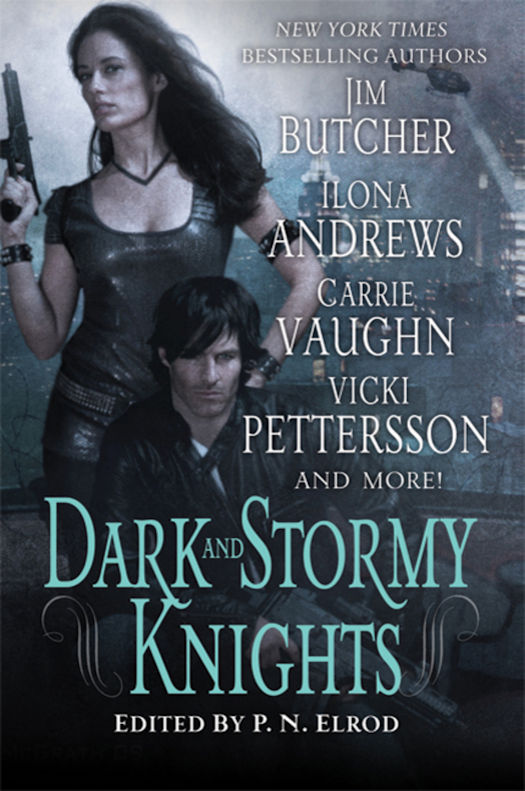 It was a dark and stormy knight, and nine dark defenders embarked upon a most perilous quest….

They're the ultimate defenders of humanity—modern day knights who do dark deeds for all the right reasons. In this all-star collection, nine of today's hottest paranormal authors bring us thrilling, all-new stories of supernatural knights that are brimming with magic mystery and mayhem.

John Marcone sets aside his plans to kill Harry Dresden to go head-to-head with a cantrev lord in Jim Butcher's Even Hand. Kate Daniels is called upon for bodyguard duty to protect Saimen, a shifter she trusts less than the enemy in Ilona Andrews' A Questionable Client. Cormac must stop a killer werewolf before it attacks again on the next full moon in Carrie Vaughn's God's Creatures. And in Vicki Pettersson's Shifting Star, Skamar gets more than she bargained for when she goes after a creature kidnapping young girls—and enlists the aid of her frustratingly sexy neighbor.

When everything's on the line, will these knights complete their missions and live to fight again another day? Find out in Dark and Stormy Knights!