PORTLAND, OR, 08/16/2018 — This November, Image Comics will release THE TERRIBLE ELISABETH DUMN AGAINST THE DEVILS IN SUITS: a gloriously oversized one-shot from new Brazilian sensation Arabson, with translation by Eisner Award winner James Robinson.

Elisabeth Dumn is a strong, rebellious girl who’s determined to make her own way. And it’s a good thing, too, because her father promised her to the Devil long ago, and he’s coming to claim what’s his.

ELISABETH DUMN AGAINST THE DEVILS IN SUITS hits stores on Wednesday, November 14th. 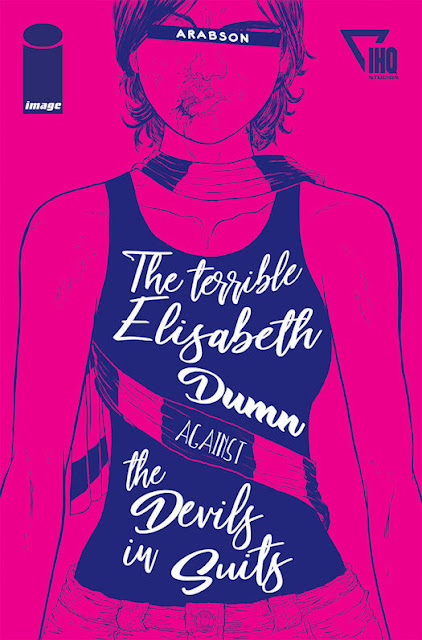 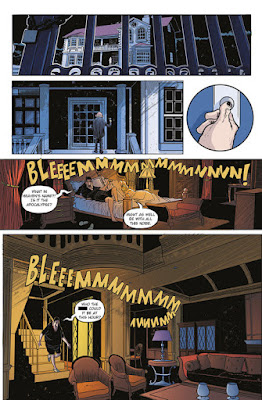 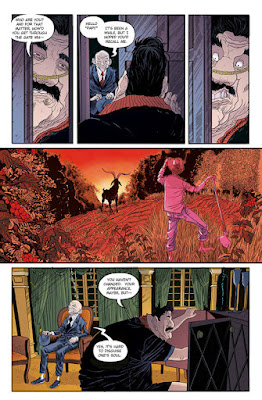 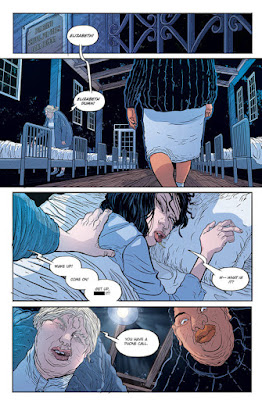 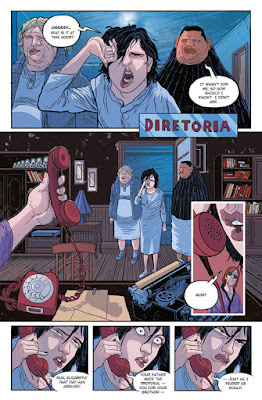 
ABOUT IMAGE COMICS
Image Comics is a comic book and graphic novel publisher founded in 1992 by a collective of bestselling artists. Image has since gone on to become one of the largest comics publishers in the United States. Image currently has five partners: Robert Kirkman, Erik Larsen, Todd McFarlane, Marc Silvestri, and Jim Valentino. It consists of five major houses: Todd McFarlane Productions, Top Cow Productions, Shadowline Comics, Skybound Entertainment, and Image Central. Image publishes comics and graphic novels in nearly every genre, sub-genre, and style imaginable. It offers science fiction, fantasy, romance, horror, crime fiction, historical fiction, humor and more by the finest artists and writers working in the medium today. For more information, visit www.imagecomics.com.
Posted by Qwill at 6:15 AM