PORTLAND, OR, 08/20/2018 — Image Comics is pleased to announce the ANALOG/DEAD RABBIT Signing Tour featuring co-creator and writer Gerry Duggan. Duggan will be making a selection of signing event appearances this Fall to promote his bestselling sci-fi story, ANALOG, VOL. 1, which he co-created with artist David O’Sullivan, as well as celebrate the launch of his new series with co-creator and artist John McCrea, DEAD RABBIT. 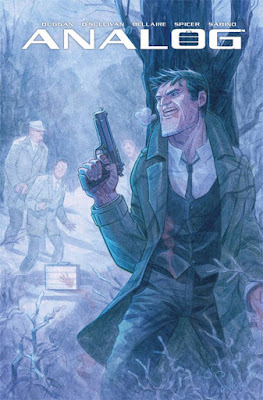 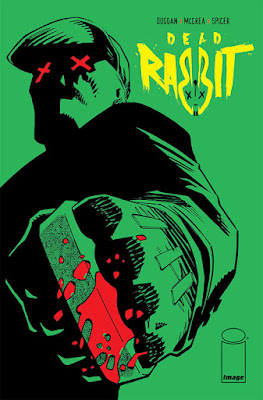 
ABOUT IMAGE COMICS
Image Comics is a comic book and graphic novel publisher founded in 1992 by a collective of bestselling artists. Image has since gone on to become one of the largest comics publishers in the United States. Image currently has five partners: Robert Kirkman, Erik Larsen, Todd McFarlane, Marc Silvestri, and Jim Valentino. It consists of five major houses: Todd McFarlane Productions, Top Cow Productions, Shadowline Comics, Skybound Entertainment, and Image Central. Image publishes comics and graphic novels in nearly every genre, sub-genre, and style imaginable. It offers science fiction, fantasy, romance, horror, crime fiction, historical fiction, humor and more by the finest artists and writers working in the medium today. For more information, visit www.imagecomics.com.
Posted by Qwill at 5:50 AM