24 PANELS Anthology Will Benefit the Survivors of the Grenfell Fire

PORTLAND, OR, 08/21/2018 — Image Comics is pleased to announce the forthcoming 24 PANELS Anthology, curated by New York Times bestselling creator Kieron Gillen (THE WICKED + THE DIVINE, PHONOGRAM) with co-editor Steve Thompson, and featuring work from some of the most celebrated storytellers and artists in the industry. As The Guardian reported yesterday in an exclusive scoop, this charity anthology will benefit the survivors of the Grenfell fire.

In June 2017, the Grenfell fire killed 72 people in a 24-story tower block in West London. 24 PANELS is an anthology comic to support the PTSD needs of the survivors. The 24 PANELS Anthology will be comprised of 24 stories, each no longer than 24 panels. Half drawn from professional creators who volunteered their time and half drawn from open submissions, 24 PANELS is about community, hope, and (most of all) raising as much money as possible.

“These works are powerful but not saccharine… It’s an anthology in support of a traumatised society, so there is a limit to how dark you would want to go,” said Gillen in an interview about 24 PANELS with The Guardian. “It can’t be triggering. It has a theme of what trauma does, how it’s survived, how community works and generally hope. There’s stories that are intensely moving, but even so, they’re intensely life-affirming. It’s as varied as London itself.”

Thompson added: “I took on this project because I'd seen before the power of asking creators to come together and give their time to help people. I have seen that translate into money that can make a real difference to those experiencing trauma and wanted 24 Panels to do all that while being about community and hope first and foremost. Kieron was the first person we spoke to from a long list of potential people to spearhead the project and he accepted right away which shows, I think, that he recognised that this project was important and could raise spirits as well as much-needed funds.”

It will be available in bookstores on Tuesday, November 27th and can be pre-ordered at Amazon, Barnes & Noble, Books-a-Million, IndieBound, and Indigo. 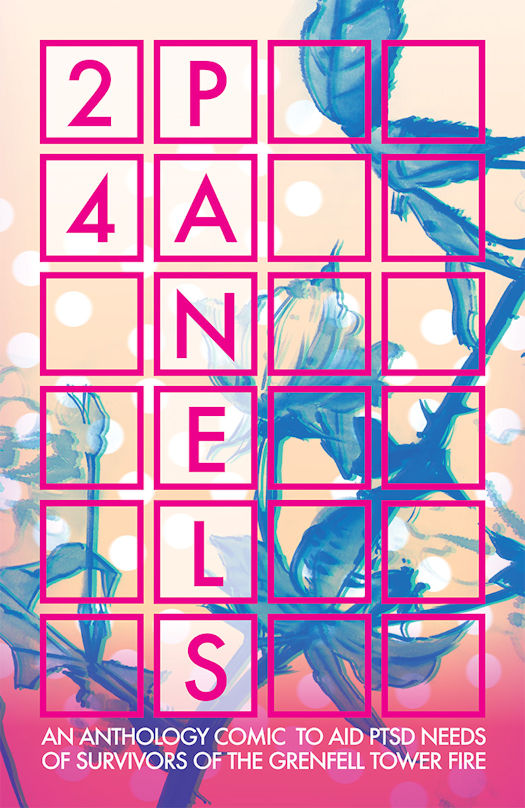