Hello again. I hope you had a good week. Mine has been busy verging on hectic. Work has gotten soo busy that myself and my team are having to work this weekend just to catch-up. I have found a couple of good books to help wind down on the commute to and from the 'desk of doom'! So what were they?


I actually came across Tsumiko and the Enslaved Fox by Forthright from Ilona Andrews. Well not actually from Ilona herself but she spoke about reading it and gave a mini review on their blog. I needed something to read and I thought I would take a punt and give it a go. 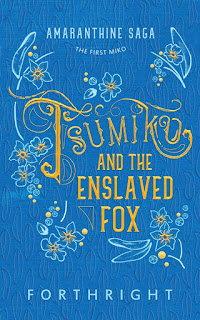 Set in modern times humanity has just discovered the existence of a race that call themselves the Amaranthine. Part human and part animal the Amaranthine are myth and legend come alive and now living amongst humans. Living in a secluded private all girls school has meant that the Tusmiko knows very little about the Amaranthine and pretty much everything else in the world beyond the school gates. That is all about to change when she is left a very large inheritance from a relative that includes a big estate and her very own Amaranthine butler. Argent is not just the butler, he is a slave. He has been serving Tusumiko's family for centuries after being enslaved. He hates the fact that his very life relies on bonding with Tsumiko and desperately wants to be free. However, just when his freedom is within his reach Argent meets his new mistress and discovers she has something he has been craving more than being free.

I read this book fairly quickly and for at least the first half of the book I didn't want to put it down. The hidden world of the Amaranthine was interesting but there wasn't a lot of substance to race or their world to hold my interest for 400+ pages. The latter half of the book seemed rushed and the way in which Forthright dealt with the issue of rape was quite unsympathetic and rather superficial. The ending was very syrupy sweet and rather disappointing. I was hoping for more considering the basics of a good story was there. I don't think I will continue with the series. 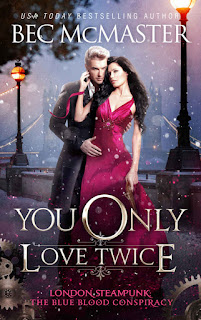 I noticed that Bec McMaster's third instalment of the Blue Blood Conspiracy You Only Love Twice had been released. This story focuses on Gemma Townsend, the Company of Rogue's chief spy. Gemma is on the case to find an assassin called the Chameleon and stop him/her before they attack the Queen. Her investigation leads her directly into the path of Obsidian - a dhamphir who is working for the enemy. What she doesn't realise, until she is in his trap, is that he is the same double agent she lost her heart to 5 years before. Obsidian starts out wanting revenge on the woman he believes tried to kill him but it only takes one kiss for him to realise that their love didn't die in the fire that almost consumed him. Different sides of the same war and their love isn't the only thing in the line of fire.

McMaster's books are usually a quick, easy read and You Only Love Twice is not an exception. All of the characters from the last 2 books have a part to play in this story along with some of my favourites from the previous London Steampunk series (mainly Blade...who never did get his elocution lessons). Overall the plot is quite good and I didn't guess who the Chameleon was until the very last minute. It was quite tense in the final few chapters while story's plot was resolved. The hot and steamy starts early on which is something I noticed across all of the books in this series. It's clear that the Company of Rogues don't mess around when it comes to the bedroom (jail, dungeon, abandoned house, or where ever else). I did skim read a few of the more gratuitous paragraphs in this book but if you like a lot of heaving bosoms and thickened nether regions then this is the book for you. Overall, this was a quick read, Gemma and Obsidian weren't my favourite characters but they were tolerable, and I liked that I couldn't guess what was going to happen at the end.


That is it for me this week. I hope you have managed to find something enjoyable to take your mind off of work or the weather. Until next week Happy Reading. 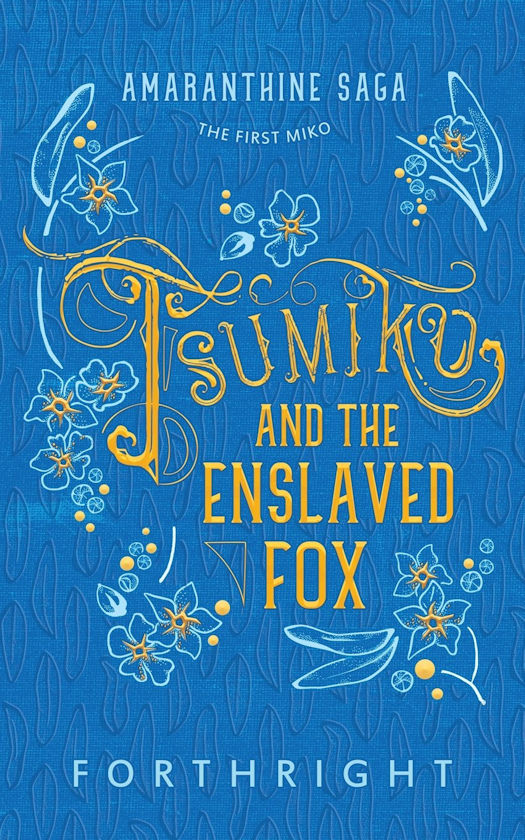 Tsumiko inherits an ancestral home, a vast fortune, and a butler who isn’t exactly human.

Humanity is rocked by the Emergence of a people who call themselves the Amaranthine. They are our myths and legends come to life. Neither human nor animal, yet embracing qualities of both, the inhuman races inspire both awe and fear. Every newsfeed is clogged with updates about the peace process, but some places don’t concern themselves with worldly affairs. Like the girls’ school run by Saint Midori’s of the Heavenly Lights, where Tsumiko Hajime grew up.

A letter from a long-lost aunt names Tsumiko heiress to an ancestral estate and its accompanying fortune. Only the legacy comes with an aloof heirloom: an inhuman butler. Argent has served the Hajime family for centuries, and Tsumiko must renew the generational bond or he’ll die. Argent hates her for the hold she has over him, but he craves her soul almost as much as he craves his freedom. 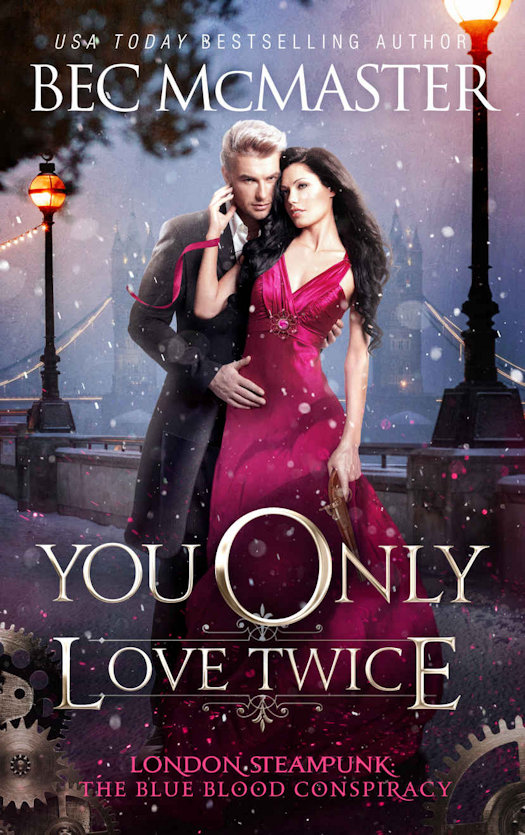 With the clock ticking down, the Company of Rogues must find a deadly killer and stop them from assassinating the Queen... before London burns.

First rule of espionage: don't ever fall in love with your target.

Five years ago, Gemma Townsend learned the hard way what happens when you break this rule. She lost everything. Her mentor's trust. The man she loved. And almost her life. Love is a weakness she can never afford again.

When offered a chance at redemption, the seductive spy is determined to complete her assigned task: to track down a dangerous assassin known as the Chameleon, a mysterious killer sent after the queen, whose identity seems to constantly change.

But as her investigation leads Gemma into a trap, she's rescued by a shadowy figure she thought was dead—the double agent who once stole her heart.

A man with few memories, all Obsidian knows is Gemma betrayed him, and he wants revenge. But one kiss ignites the unextinguished passion between them, and he can't bring himself to kill her.

Can Obsidian ever trust her again? Or is history doomed to repeat itself? Because it soon becomes clear the Chameleon might be closer than either of them realized... and this time Gemma is in the line of fire.

Amazon : Barnes and Noble : iBooks : Kobo
Posted by Melanie at 6:30 AM