Please welcome Carina Bissett to The Qwillery. Carina's story "A Seed Planted" is found in Hath No Fury, an anthology published on August 23, 2018 by Outland Entertainment. 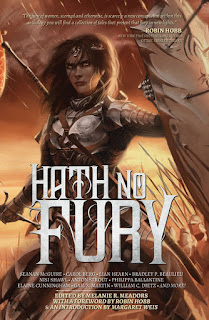 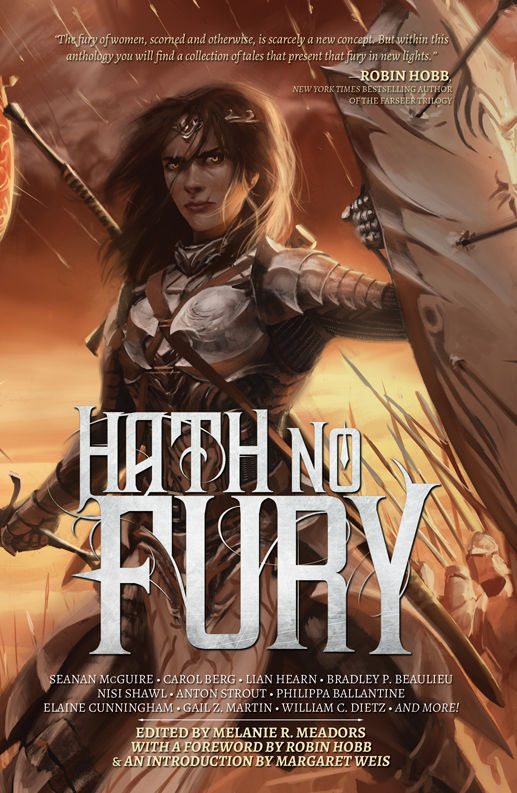 This anthology features 21 stories and six essays about women who defy genre stereotypes. Here, it’s not the hero who acts while the heroine waits to be rescued; Hath No Fury’s women are champions, not damsels in distress. Whether they are strong, bold warriors, the silent but powerful type, or the timid who muster their courage to face down terrible evil, the women of Hath No Fury will make indelible marks upon readers and leave them breathless for more.

Carina Bissett is a writer, poet, and educator working primarily in the fields of speculative fiction and interstitial art. She holds an MFA in Creative Writing from Stonecoast (University of Southern Maine) and has studied with such popular writers and poets as Elizabeth Hand, Nancy Holder, David Anthony Durham, Theodora Goss, Ted Deppe, Cara Hoffman, and Cate Marvin. Her short fiction and poetry has been published in multiple journals including the Journal of Mythic Arts, Mythic Delirium, NonBinary Review, Timeless Tales, Enchanted Conversations, and The Horror ‘Zine. Her work can also be found in numerous anthologies including Hath No Fury, an anthology where women take the lead. She fosters her passion of fairy tale and folklore through creative non-fiction including her research work at the Mythic Imagination Institute and contributions to the three-volume set American Myths, Legends, and Tall Tales: An Encyclopedia of American Folklore.