The Walking Dead: The Complete First Season Out Now on Nintendo Switch in North America, Europe, and Australia

The Complete First Season includes all five original episodes, as well as add-on anthology 400 Days. Both have been ported from last year's The Walking Dead: The Telltale Series Collection, which offered substantial visual and performance enhancements over previous editions.

The full game, including all five episodes and 400 Days, is now available for download for $24.99 USD in the United States, Canada, Mexico, Australia, and most of Europe. Though audio is only available in English, all content has been subtitled in English, French, German, Spanish, and Italian. 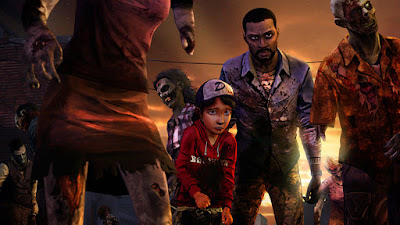 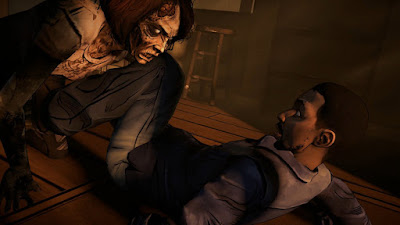 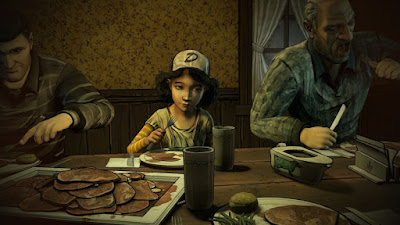 [click to embiggen]
The Walking Dead is set in the world of Robert Kirkman's award-winning comic book series and offers an emotionally-charged experience in which players' choices determine the course of the story across the entire series. Season One of Telltale's The Walking Dead introduced young survivor Clementine and her protector Lee as they struggled against the dire circumstances of an undead apocalypse.

To date, The Walking Dead: A Telltale Games Series has sold more than 50 million episodes worldwide, earning more than 100 Game of the Year awards from outlets including Metacritic, USA Today, Wired, The VGAs, Yahoo!, The Telegraph, Mashable, Polygon, Destructoid, and GamesRadar. It has also received two BAFTA Video Games Awards for Best Story.


About Skybound Entertainment
Founded in 2010, Skybound Entertainment is a multiplatform entertainment company that houses projects ranging from television, film, emerging platforms, comics, interactive gaming, live events, and more. In 2016, the company expanded to Vancouver with the opening of their Skybound North office, working to expand Skybound's footprint into the animation and children's space with top Canadian talent.
Skybound Entertainment is responsible for television hits including The Walking Dead, Fear the Walking Dead, Outcast, and the docu-series Robert Kirkman's Secret History of Comics. Moving into new platforms, Skybound produced the first-ever narrative VR series, Gone, for Samsung's Milk VR platform and is currently producing VR horror series Delusion: Lies Within and VR anthology series The Incident. The Skybound Interactive slate includes partnerships with gaming companies Telltale, Starbreeze, Skydance, Scopely, and more. Skybound recently acquired a first-look television deal with Amazon Studios, and has an existing first-look feature deal with Universal.
Projects in the pipeline include the film adaptation of Robert Kirkman's second-longest running comic series Invincible, the animated television adaptation of children's property My Singing Monsters, and more.
About Telltale, Inc.
Telltale is an award-winning independent developer and publisher of games for every major interactive platform, and pioneered the episodic delivery of digital gaming content. Founded in 2004, Telltale has become an industry leader with numerous honors from the Academy of Interactive Arts and Sciences, BAFTA, the IMGA, and more.
Telltale's reputation for quality has been established across more than three dozen different product releases, with recognition and acclaim from publications like IGN, The New York Times, and Variety, including over 100 "Game of the Year" awards from publications like USA Today, Yahoo! Games, Wired, The VGAs, E!, Official Xbox Magazine, The Telegraph, Metacritic, and more.
Telltale is a fully licensed third party publisher on consoles from Microsoft, Sony, and Nintendo, and also publishes games on the PC, Mac, iOS, and Android-based platforms. For more information visit www.telltale.com.