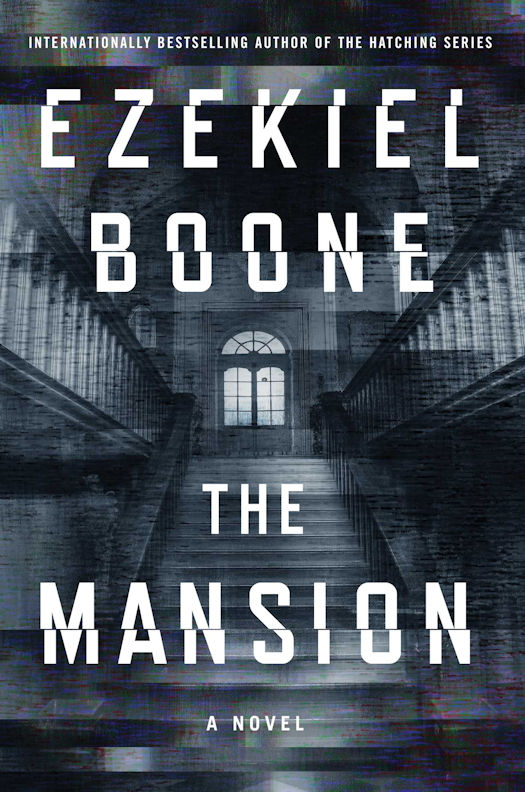 In this white-knuckle thriller from the internationally bestselling author of the “apocalyptic extravaganza” (Publishers Weekly) The Hatching series, a family moves into a home equipped with the world’s most intelligent, cutting-edge, and intuitive computer ever—but a buried secret leads to terrifying and catastrophic consequences.

After two years of living on cheap beer and little else in a bitterly cold tiny cabin outside an abandoned, crumbling mansion, young programmers Shawn Eagle and Billy Stafford have created something that could make them rich: a revolutionary computer they name Eagle Logic.

But the hard work and escalating tension have not been kind to their once solid friendship—Shawn’s girlfriend Emily has left him for Billy, and a third partner has disappeared under mysterious circumstances. While Billy walks away with Emily, Shawn takes Eagle Logic, which he uses to build a multi-billion-dollar company that eventually outshines Apple, Google, and Microsoft combined.

Years later, Billy is a failure, beset by poverty and addiction, and Shawn is the most famous man in the world. Unable to let the past be forgotten, Shawn decides to resurrect his and Billy’s biggest failure: a next-generation computer program named Nellie that can control a house’s every function. He decides to set it up in the abandoned mansion they worked near all those years ago. But something about Nellie isn’t right—and the reconstruction of the mansion is plagued by accidental deaths. Shawn is forced to bring Billy back, despite their longstanding mutual hatred, to discover and destroy the evil that lurks in the source code. 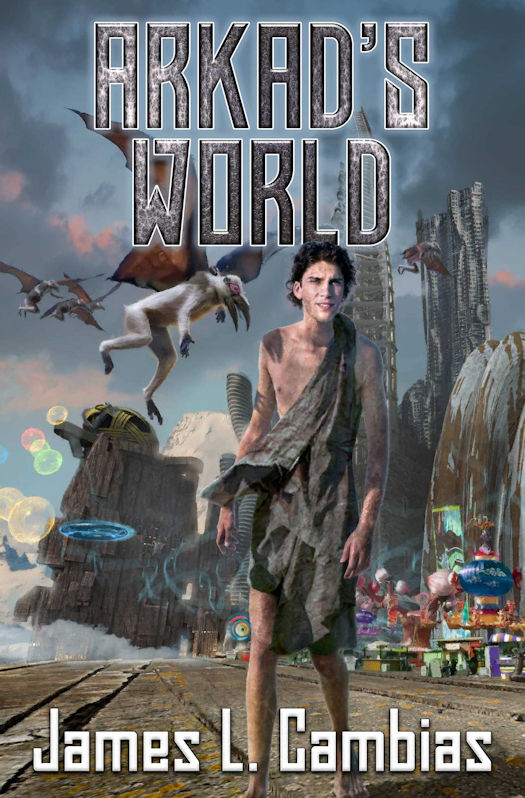 Adventure and Excitement on an Alien World. Packed with exotic world-building and amazing characters, Arkad's World is a rollicking adventure story about growing up and the things we share that make us human, from celebrated author James L. Cambias.

Young Arkad is the only human on a distant world, on his own among beings from across the Galaxy. His struggle to survive on the lawless streets of an alien city is disrupted by the arrival of three humans: an eccentric historian named Jacob, a superhuman cyborg girl called Baichi, and a mysterious ex-spy known as Ree. They seek a priceless treasure which might free Earth from alien domination. Arkad risks everything to join them on an incredible quest halfway across the planet. With his help they cross the fantastic landscape, battling pirates, mercenaries, bizarre creatures, vicious bandits and the harsh environment. But the deadliest danger comes from treachery and betrayal within the group as dark secrets and hidden loyalties come to light.

Praise for the work of James L. Cambias:

"Beautifully written, with a story that captures the imagination the way SF should."—Booklist, Starred Review

“An engaging nail-biter that is exciting, fun and a satisfying read.” —The Qwillery

''An impressive debut by a gifted writer.''—Publishers Weekly, Starred Review

"James Cambias will be one of the century's major names in hard science fiction.''—Robert J. Sawyer, Hugo Award-winning author of Red Planet Blues

The Sea Dreams It Is the Sky
A Novella of Cosmic Horror
Harper Voyager, October 30, 2018
eBook, 304 pages 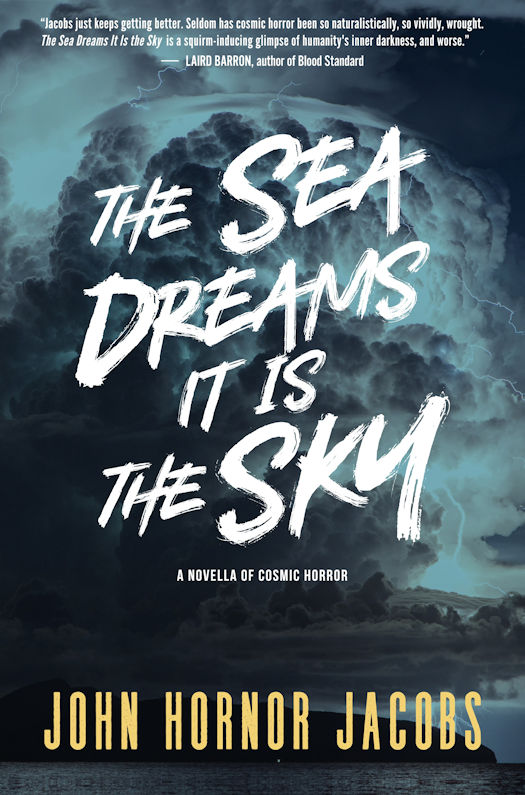 They had escaped their country, but they couldn’t escape the past

Having lost both her home and family to a brutal dictatorship, Isabel has fled to Spain, where she watches young, bronzed beauties and tries to forget the horrors that lie in her homeland.

Shadowing her always, attired in rumpled linen suits and an eyepatch, is “The Eye,” a fellow ex-pat and poet with a notorious reputation. An unlikely friendship blossoms, a kinship of shared grief. Then The Eye receives a mysterious note and suddenly returns home, his fate uncertain.

Left with the keys to The Eye’s apartment, Isabel finds two of his secret manuscripts: a halting translation of an ancient, profane work, and an evocative testament of his capture during the revolution. Both texts bear disturbing images of blood and torture, and the more Isabel reads the more she feels the inexplicable compulsion to go home.

It means a journey deep into a country torn by war, still ruled by a violent regime, but the idea of finding The Eye becomes ineluctable. Isabel feels the manuscripts pushing her to go. Her country is lost, and now her only friend is lost, too. What must she give to get them back? In the end, she has only herself left to sacrifice.

THE SEA DREAMS IT IS THE SKY asks:

How does someone simply give up their home...especially when their home won’t let them?