The 8th year of the The Qwillery's Debut Author Challenge began on January 1, 2018. Here are the 8 debuts being published in September and October that I am most looking forward to. 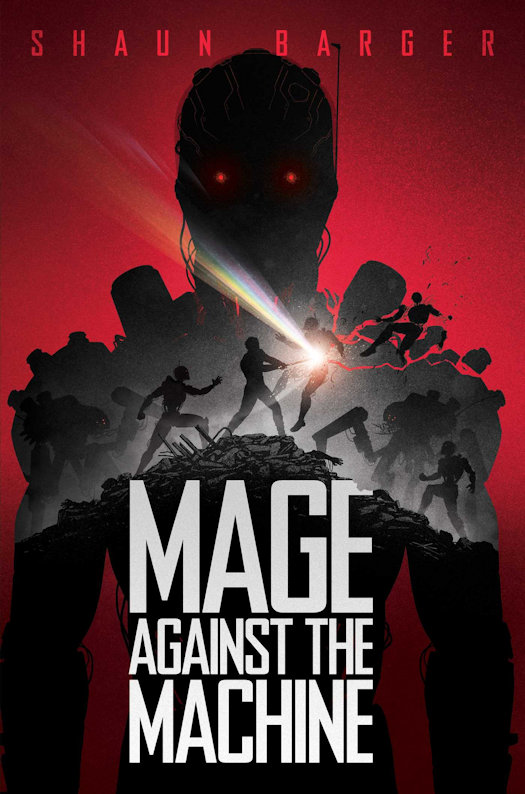 Harry Potter meets The Terminator in this action-packed adventure about a young man who discovers that everything he believed about his world is a lie.

The year is 2120. The humans are dead. The mages have retreated from the world after a madman blew up civilization with weaponized magical technology. Safe within domes that protect them from the nuclear wasteland on the other side, the mages have spent the last century putting their lives back together.

Nikolai is obsessed with artifacts from twentieth-century human life: mage-crafted replica Chuck Taylors on his feet, Schwarzenegger posters on his walls, Beatlemania still alive and well in his head. But he’s also tasked with a higher calling—to maintain the Veils that protect mage-kind from the hazards of the wastes beyond. As a cadet in the Mage King’s army, Nik has finally found what he always wanted—a purpose. But when confronted by one of his former instructors gone rogue, Nik tumbles into a dark secret. The humans weren’t nuked into oblivion—they’re still alive. Not only that, outside the domes a war rages between the last enclaves of free humans and vast machine intelligences.

Outside the dome, unprepared and on the run, Nik finds Jem. Jem is a Runner for the Human Resistance. A ballerina-turned-soldier by the circumstances of war, Jem is more than just a human—her cybernetic enhancement mods make her faster, smarter, and are the only things that give her a fighting chance against the artificial beings bent on humanity’s eradication.

Now Nik faces an impossible decision: side with the mages and let humanity die out? Or stand with Jem and the humans—and risk endangering everything he knows and loves? 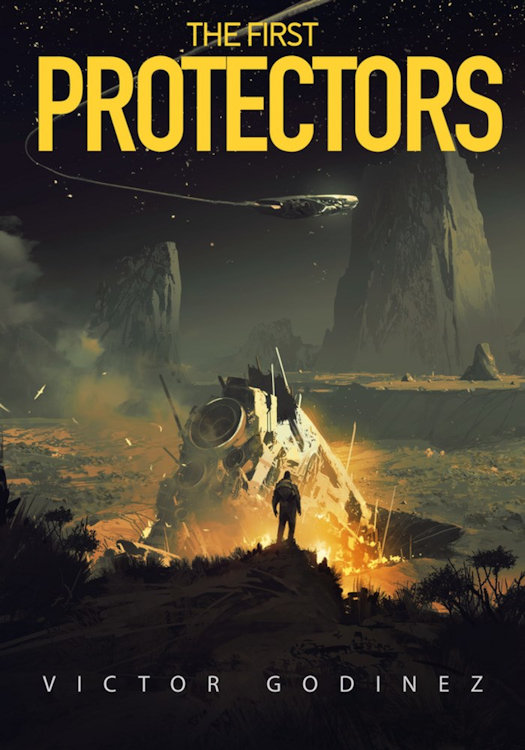 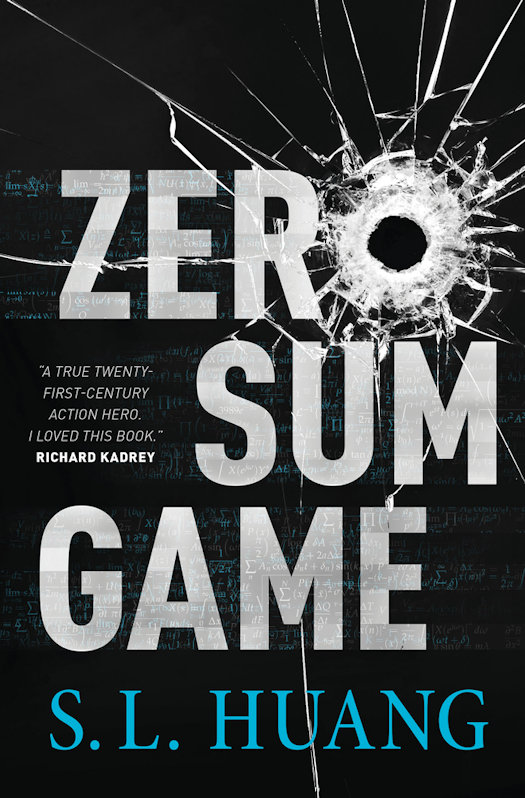 
Cas Russell is good at math. Scary good. The vector calculus blazing through her head lets her smash through armed men twice her size and dodge every bullet in a gunfight, and she'll take any job for the right price.

As far as Cas knows, she’s the only person around with a superpower...until she discovers someone with a power even more dangerous than her own. Someone who can reach directly into people’s minds and twist their brains into Moebius strips. Someone intent on becoming the world’s puppet master.

Cas should run, like she usually does, but for once she's involved. There’s only one problem...

She doesn’t know which of her thoughts are her own anymore. 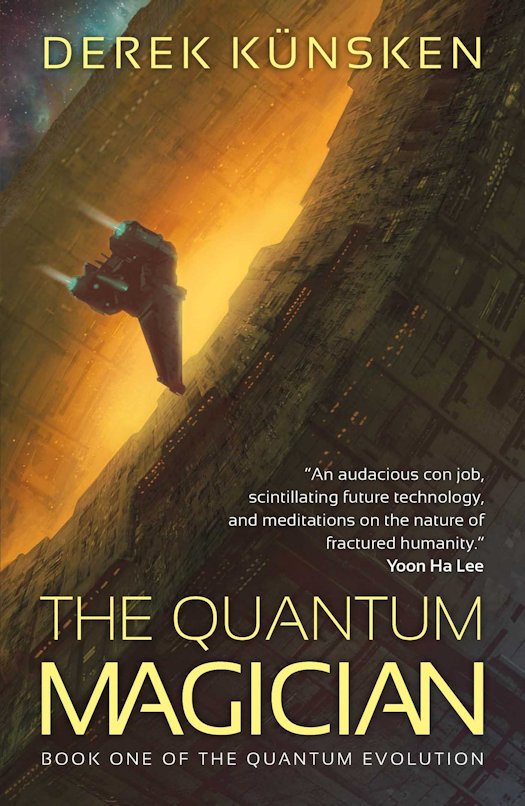 Belisarius is a Homo quantus, engineered with impossible insight. But his gift is also a curse—an uncontrollable, even suicidal drive to know, to understand. Genetically flawed, he leaves his people to find a different life, and ends up becoming
the galaxy’s greatest con man and thief.

But the jobs are getting too easy and his extraordinary brain is chafing at the neglect. When a client offers him untold wealth to move a squadron of secret warships across an enemy wormhole, Belisarius jumps at it. Now he must embrace his true nature to pull off the job, alongside a crew of extraordinary men and women.

If he succeeds, he could trigger an interstellar war… or the next step in human evolution. 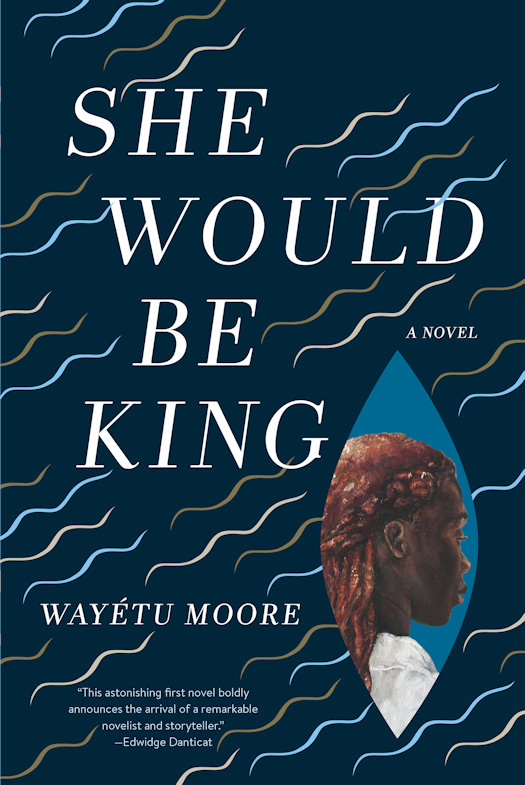 Wayétu Moore’s powerful debut novel, She Would Be King, reimagines the dramatic story of Liberia’s early years through three unforgettable characters who share an uncommon bond. Gbessa, exiled from the West African village of Lai, is starved, bitten by a viper, and left for dead, but still she survives. June Dey, raised on a plantation in Virginia, hides his unusual strength until a confrontation with the overseer forces him to flee. Norman Aragon, the child of a white British colonizer and a Maroon slave from Jamaica, can fade from sight at will, just as his mother could. When the three meet in the settlement of Monrovia, their gifts help them salvage the tense relationship between the African American settlers and the indigenous tribes, as a new nation forms around them.

Moore’s intermingling of history and magical realism finds voice not just in these three characters but also in the fleeting spirit of the wind, who embodies an ancient wisdom. “If she was not a woman,” the wind says of Gbessa, “she would be king.” In this vibrant story of the African diaspora, Moore, a talented storyteller and a daring writer, illuminates with radiant and exacting prose the tumultuous roots of a country inextricably bound to the United States. She Would Be King is a novel of profound depth set against a vast canvas and a transcendent debut from a major new author. 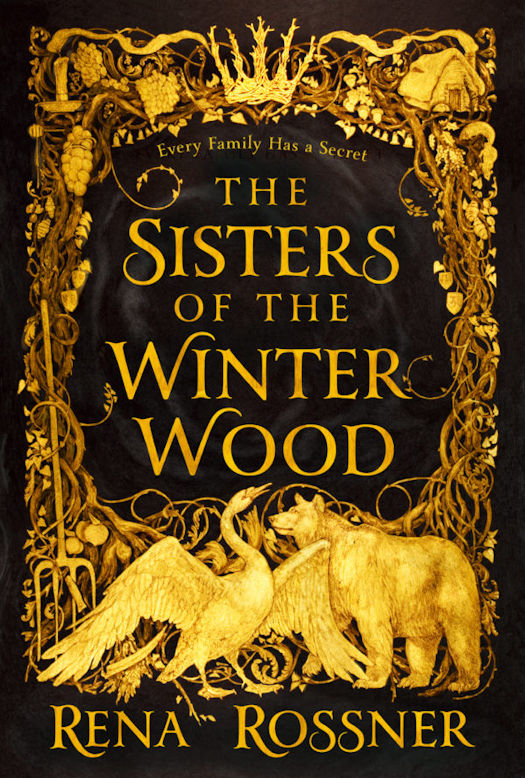 Captivating and boldly imaginative, with a tale of sisterhood at its heart, Rena Rossner’s debut fantasy invites you to enter a world filled with magic, folklore, and the dangers of the woods.

In a remote village surrounded by vast forests on the border of Moldova and Ukraine, sisters Liba and Laya have been raised on the honeyed scent of their Mami’s babka and the low rumble of their Tati’s prayers. But when a troupe of mysterious men arrives, Laya falls under their spell-despite their mother’s warning to be wary of strangers. And this is not the only danger lurking in the woods.

As dark forces close in on their village, Liba and Laya discover a family secret passed down through generations. Faced with a magical heritage they never knew existed, the sisters realize the old fairy tales are true…and could save them all.

“Mixes fairy tale, poetry, history, and heart to create an enchanting and mesmerizing tale of sisterly love. I adored this book!” — Sarah Beth Durst, award-winning author of The Queens of Renthia series