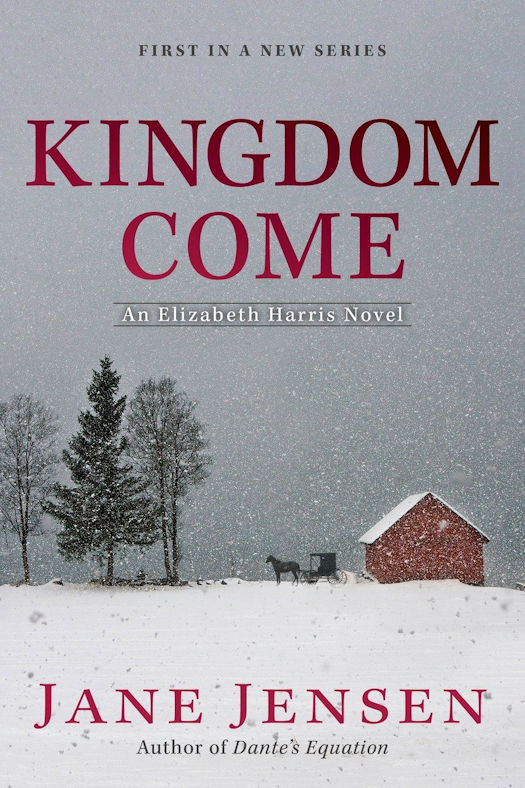 Amish country in Lancaster County, Pennsylvania, has always been a place of quiet beauty—until a shocking murder shatters the peace, and leaves a troubled detective picking up the pieces…

After her husband is murdered, Detective Elizabeth Harris turns in her NYPD badge and moves back home, hoping that a quiet life in remote Pennsylvania Dutch country will help her overcome the dark memories of her ten years in New York. But when a beautiful, scantily clad “English” girl is found dead in the barn of a prominent Amish family, Elizabeth knows that she’s uncovered an evil that could shake the community to its core.

Elizabeth’s boss is convinced this was the work of an “English,” as outsiders are called in Lancaster County. But Elizabeth isn’t so sure. All she’s missing is an actual lead—until another body is found: this time, a missing Amish girl. Now Elizabeth must track down a killer with deep ties to a community that always protects its own—no matter how deadly the cost…

Jane Jensen’s Kingdom Come offers a realistic view of the Amish who live in Pennsylvania Dutch country and their interactions with the English (anyone who is not Amish). Elizabeth Harris is a police detective who has returned to Pennsylvania after the death of her husband. She is the lead investigator when a young woman is found murdered in an Amish barn. Her police colleagues are convinced that the killer cannot be Amish, but Elizabeth suspects everyone, including the young Amish man to whom she is attracted.

This was a quick read, but the story was fairly elaborate. Jensen has created realistic detectives in Elizabeth and her colleagues. She even illustrates some of the politics that can interfere in a murder case by having the Amish elders request that Elizabeth be removed from the case for becoming a “bad influence” on their community. While the attraction between Elizabeth and Ezra was somewhat unbelievable, their relationship and interactions seemed genuine.

There are several suspects who may have committed the murder, and although surprised, I was very satisfied with the reveal of the killer. Jensen has started an intriguing mystery series with unique characters who have seldom appeared in other mystery novels. The Amish touch should be enough to appeal to those who may be burned out on straight murder mysteries.