Interview with Emma Geen, author of The Many Selves of Katherine North


Please welcome Emma Geen to The Qwillery as part of the 2016 Debut Author Challenge Interviews. The Many Selves of Katherine North is published on June 7th by Bloomsbury USA. Please join The Qwillery in wishing Emma a Happy Publication Day! 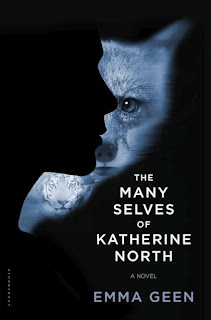 Emma:  Hello, Qwillery, thank you for having me!

Goodness. Stating exactly when I started writing is no easy question - in some ways I've been writing and telling stories ever since I could wrap my grubby mitt around a pen. Until the age of ten, however, I wanted to be an archaeologist; at least, until I realised that I might have to dig up skeletons and decided that being a writer would be less scary. (It is also possible that my family gently encouraged me towards a career that wouldn't involve digging up their garden). I was sidetracked from this dream by the fascinations of psychology and philosophy and it was only in 2010 that I started to pursue it seriously by undertaking a creative writing MA.

Emma:  I had never heard of the term 'pantser'! But as much as I love the term, I'm definitely something of a hybrid. Though I always know where I'm starting from and where I'm headed, there's a fair bit of winging (pantsing?) along the way. Not to mention that the journey is so long, I consider it a healthy part of the process if the final destination a little different to the one initially intended. The Many Selves of Katherine North was originally going to end with Kit, as a jaguar, jumping off a skyscraper with a bomb in her mouth but, thankfully, I came to my senses on that one.

Emma:  Every project has its own uniquely horrifying set of challenges but for The Many Selves of Katherine North it was the learning curve that almost broke me. When I first embarked on the novel one of my Creative Writing lecturers, who had the rare gift of telling you what you most needed to hear in the fashion you least needed to hear it, told me that it could be an incredible and hugely important book... but that I wasn't a good enough author to write it. And, infuriating, he was right. I had to cut my teeth on innumerable rewrites before I was skilful enough to do the idea justice. The experience was like trying to sprint a marathon; I'd collapse exhausted, drag myself back to my feet, sprint on, then collapse once more, again and again and again, until I lost all belief that I'd one day be allowed to stop. It took everything I had to give.

Emma:  I write backwards to all the other writers I know, in that I start out explicitly intending to write about a specific concept, then find a story to dress it up in. My primarily influences are therefore often works of philosophy, psychology or feminism. The Many Selves of Katherine North started life as a child of Maurice Merleau-Ponty's Phenomenology of Perception (an excellent text on the philosophy of embodiment). It strayed somewhat from this origin but I hope that its parent text still shines through.

It therefore stands to reason that my fiction heroes are also feminist, science-fiction writers who are preoccupied with the body; namely, Ursula Le Guin, Margaret Atwood and Octavia Bulter. I'm writing these responses a few days after being told that Le Guin has put a note for in the post for me and I rush to check my letterbox every ten minutes, heart in mouth. (It's possible that the post might arrive quarter to midnight, right?)

TQ:  Describe The Many Selves of Katherine North in 140 characters or less.

Emma:  Become other species and explore the alien realities that fly, slink & creep around us #foxes

TQ:  Tell us something about The Many Selves of Katherine North that is not found in the book description.

Emma:  Though the main themes and plot are those explore the what-it-likeness of being other species, the backstory - if that can be a fair description, seeming it's fundamentally entangled throughout - is one of human frailty and grief. I believe that other people (including non-human creatures!) are a vital part of the singular selfhood and I hope that The Many Selves of Katherine North shows this.

TQ:  What inspired you to write The Many Selves of Katherine North? What appeals to you about writing literary fantasy?

Emma:  My mother was very ill and disabled during my teenage years. Fully empathising with her situation was difficult, not to mention painful. Therefore, when I read a philosophy text that explored the first-person experience of how simple everyday realities like stairs are fundamentally reconfigured by a wheel-chair bound embodiment, it was a vital insight that stayed with me. So when I embarked on writing a novel, I decided to fictionally explore how embodiment fundamentally shapes the self and their reality.

I think that 'literary fantasy' is possibly a term used only in the US? I've certainly never heard it used outside the context of my US publisher telling me that this is what I've written. But if it can be conflated with what I call Speculative fiction, then I love how it allows the author to embed their intellectual points in the very metaphysics of their fictional world, in a fashion that allows the piece to, at once, act as both a vivid thought experiment and an adventure romp.

TQ:  What sort of research did you do for The Many Selves of Katherine North?

Emma:  Aside from all the aformentioned reading into psychology and philosophy, I read lots of papers on animal ethology, physiology and psychology, desperately trying to find out niggling details like, 'would-what-earth would the colour of grass be in this body?' - only find out that the answer was very often that 'the sum total of human science and knowledge is still kinda bit hazy on that one, *shrug*'. I also pretended to be a polar bear in my local swimming pool, sniffed pavements, licked seaweed, and generally embarrassed and disgusted myself in a multifarious number of odd ways.

Emma:  Kit was both the easiest and most difficult character to write. The easiest because she has a lot of me in her - or, at least, my messed up teenage self of ten years ago; and the most difficult because she has to carry so much of the novel in a fashion that became quite suffocating to write. Writing her in the sections where she is other animals helped with this claustrophobia but also provided their own difficulties, in that even entities and scenarios that would be utterly mundane and matter-of-fact as a human became intractable puzzles with regard how she would experience them. There's also the troubling question of whether she is the same character when she's in different bodies. I don't claim to have an answer to that.

Emma:  All novels include social issues, in much the same way that all novels have subtext. I very much doubt that Austen or Bronte intended to write about Colonialism, and yet it's fundamentally tied to their fiction. (Though they, of course, both consciously set out to address other types of social issues). The only real question is whether the author chooses to address and/or challenge social assumptions in an attempt to try and move the cultural discussion forwards. I believe that authors have a huge responsibility for how society thinks and so I try the best I can to rise to it, no doubt making mistakes along the way.

TQ:  Which question about The Many Selves of Katherine North do you wish someone would ask? Ask it and answer it!

Emma:  Hmm, truthfully, the most interesting questions that could be asked about The Many Selves of Katherine North are also the most tricky and would either set me stuttering or off on a rant of several thousand words, so I'll save us all from that pain and, instead, distract you with a video of this majestic fox: https://www.youtube.com/watch?v=D2SoGHFM18I.

TQ:  Give us one or two of your favorite non-spoilery quotes from The Many Selves of Katherine North.

"Please look. I’d mutter beneath my breath. Please look. Please look.
And, sometimes, it would. Those eyes like molten silver, nailing me back inside my tingling skin; suddenly conscious of a full bladder and the itch of every muscle to move. A few scant seconds unfolding into infinity . . . over too quickly as the fox would turn and run."

Emma:  What's 'next' is already the 'now' for me, seeming I've been working on my second novel for a year and a half. It falls somewhere between literary, magical realism, fantasy, science-fiction and dystopian, and is about a girl who stops speaking only to find that other people start telling her stories for her. It has postcolonial and psychosomatic themes- also, fairies.


The Many Selves of Katherine North
Bloomsbury USA, June 7, 2016
Hardcover and eBook, 368 pages 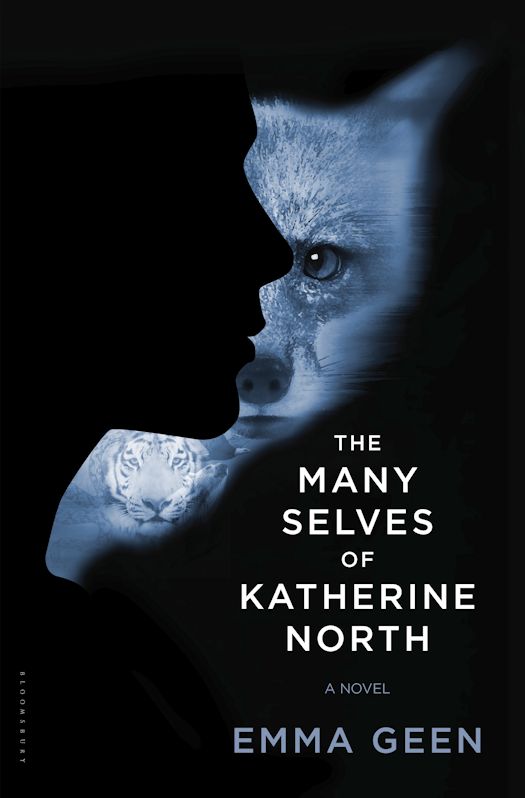 Nineteen-year-old Kit works for the research department of Shen Corporation as a phenomenaut. She's been “jumping”--projecting her consciousness, through a neurological interface--into the bodies of lab-grown animals made for the purpose of research for seven years, which is longer than anyone else at ShenCorp, and longer than any of the scientists thought possible. She experiences a multitude of other lives--fighting and fleeing as predator and prey, as mammal, bird, and reptile--in the hope that her work will help humans better understand the other species living alongside them.

Emma Geen is a speculative thinker and writer whose fiction draws on her education in Psychology and Philosophy. She is studying for a PhD in Creative Writing at Bath Spa University, where she won the 2012 Janklow & Nesbit Bath Spa Prize.

The Many Selves of Katherine North is her debut novel.