Please welcome Daniel Godfrey to The Qwillery as part of the 2016 Debut Author Challenge Interviews. New Pompeii will be published on June 21st by Titan Books. 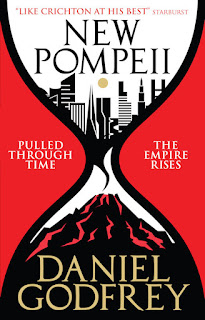 Daniel:  Thank you for having me. I’ve been writing off and on for a long time: at the moment it’s a hobby that’s got somewhat out of control! Anyway, I find it satisfying to create something from scratch: the plot of any story is basically a large logic puzzle, and the rest is sheer escapism.

Daniel:  A bit of both. I tend to know the general direction of travel: where I want the characters to end up by the end of the book, and one or two of the ‘set pieces’. But after you’ve started other things come to mind, characters get fleshed-out and interact, and that’s where you can’t be too constrained by the overall plan. After all, some of the knock-on impacts of your plot can provide the most interesting elements.

Daniel:  Time! Things keep happening! A lot of my SF writing is set in the ‘near future’ - New Pompeii starts in the near future - and so for an un-signed author to get something finished, submitted, accepted and published before your ideas are overtaken is the main difficulty. I’m not saying that time travel is close to being invented but…who knows?!

Daniel:  I enjoy reading science, science fiction and history – both fiction and non-fiction. I like ‘big idea’ films and books: things that take an idea and think about the knock-on impacts and how people may change or relate to that idea. But most of all I think things are at their best when they’re fun!

Daniel:  Ancient Romans are transported into a present day replica of Pompeii. And they’re not exactly happy about it!

TQ:  Tell us something about New Pompeii that is not found in the book description.

Daniel:  Time travel doesn’t just jump-start the narrative of New Pompeii; there are a lot of implications relating to the ability to move objects and people forwards through time and these come out throughout the novel. The science fiction and historical elements of New Pompeii play off each other.

TQ:  What inspired you to write New Pompeii? What appeals to you about writing Science Fiction (with Time Travel) and Alternative History? Why Pompeii and not some other ancient city?

Daniel:  I was reading a lot about ancient Rome and at the same time re-working a short story about time travel. The two things snapped together in my head, and I had the basis of what would become New Pompeii.

Pompeii has always fascinated me: a town (along with Herculaneum, further along the coast) which has been preserved so well that you can get a real picture of what life may have been like before the eruption. I’m very interested in history – most historians I guess would like to travel back in time – and I wanted to do something involving time travel that was different to other stories about Pompeii: so I took the eruption of Vesuvius at the starting point and asked ‘so what happens next?’

TQ:  What sort of research did you do for New Pompeii?

Daniel:  I knew quite a bit about ancient Rome before I started, but I have worked my way through any number of specific books on the site, and Roman society. I wanted to get as much of the detail right as possible – without slowing down the action or forgetting what I was writing was essentially a thriller.

(It’s a great place to visit too! But if any of your readers are thinking of going, they should also try to get to Herculaneum, which is a smaller but better preserved site further along the coast).

TQ:  In New Pompeii who was the easiest character to write and why? The hardest and why?

Daniel:  The easiest was Nick Houghton – the historian through whom we get to know New Pompeii and the Romans. He’s the main POV character, so by the second or so draft I knew him pretty well. The hardest were each of the Roman characters: Roman society is very alien – very familiar, but very alien – and the balance had to be taken to make the book work.

TQ:  Give us one or two of your favorite non-spoilery quotes from New Pompeii.

“Through the archway the narrow street spilled out into the large, open space of the forum. Nick exhaled deeply and stood frozen, ignoring the people flowing past him. Although not as grand as the reconstructions he’d seen of Rome’s civic centre, the forum still reflected the essence of something that had continued long after the fall of the Caesars. Like St Mark’s Square, the Grand Place of Brussels, or the long, grassy strip of Washington’s National Mall, this was a place where citizens could come and know the power of their city.”

Daniel:  I’m working on a sequel. New Pompeii was written as a standalone novel, but I had a few other ideas I wanted to explore in terms of Roman society, and other aspects of time travel, which I’ve fortunately been given the opportunity to pursue. Then it will be onto something new … 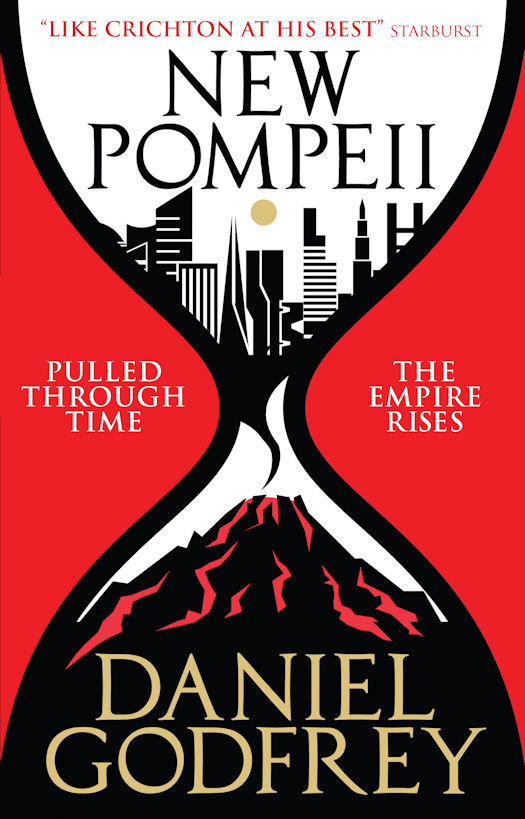 In the race to control renewable power, an energy giant stumbles on a controversial technology: the ability to transport matter from the deep past. Their biggest secret is New Pompeii, a replica city filled with Romans, pulled through time just before the volcanic eruption.

Nick Houghton doesn’t know why he’s been chosen to be the company’s historical advisor. He’s just excited to be there. Until he starts to wonder what happened to his predecessor. Until he realizes that the company has more secrets than even the conspiracy theorists suspect.

Until he realizes that they have underestimated their captives… 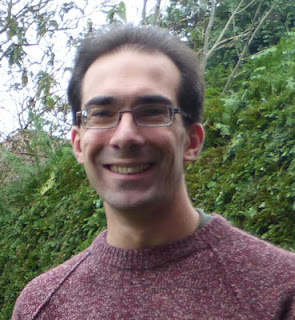 Daniel Godfrey has had several short stories published, including in My Weekly and Writers’ Forum, and is a dedicated reader of SF and historical fiction. He studied geography at Emmanuel College, Cambridge, and gained an MSc from Leeds in transport planning. He lives in Derbyshire.