Excerpt: A Chance of Light by Claudine Kapel


Please welcome Claudine Kapel to The Qwillery with an excerpt from A Chance of Light, the 2nd Ryan Cole Adventure. 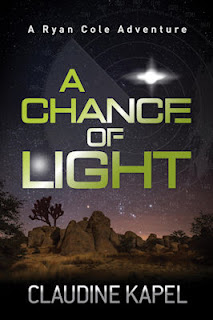 Excerpted from A Chance of Light © 2016 by Claudine Kapel. Excerpt used with permission. 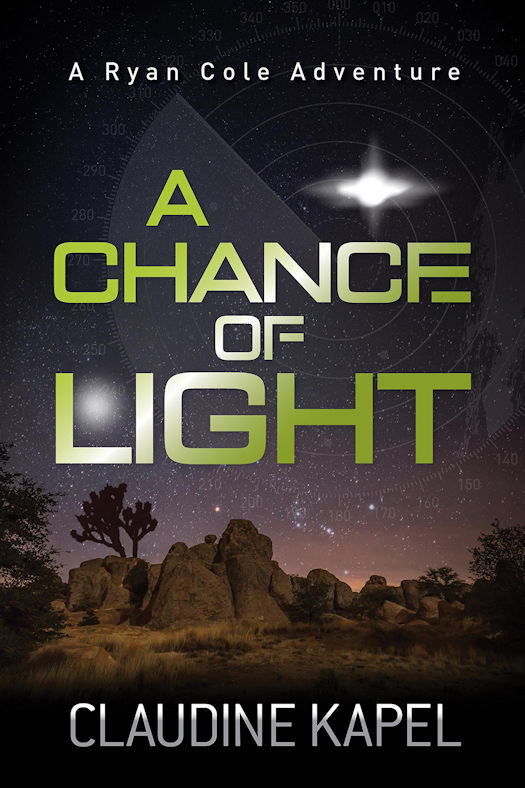 When an alien spaceship vanishes after crashing in the Mojave Desert, Ryan Cole and his team are tasked with finding the craft and securing its cache of advanced technology.

The investigation proves perilous as others are also hunting for the ship, including arms dealer Antoine Drake and his alien allies.

When Cole agrees to help a woman from his past, it leads to a dangerous encounter with Drake and startling revelations about the alien presence on the planet. He finds himself in a race against time to uncover the location of the spaceship and the nature of its mission.

But discovering the secrets of beings from other worlds comes with a price. Because when humans and aliens collide, the truth can be deadly. 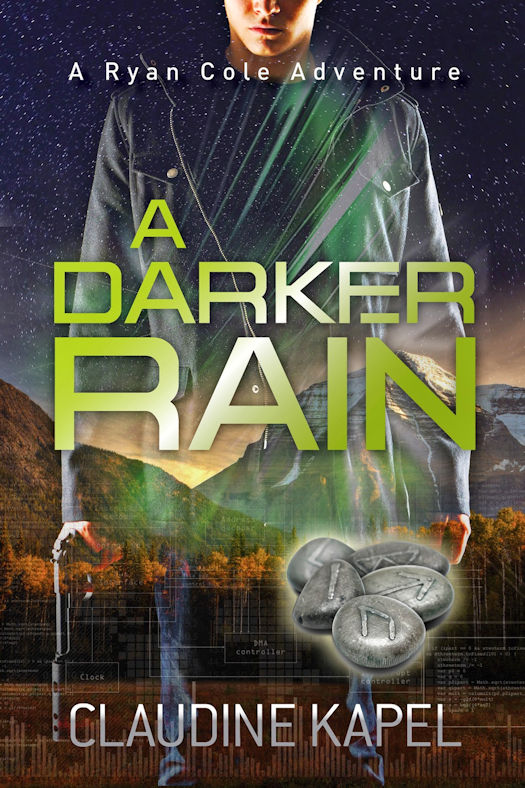 “It’s definitely not a good time to be going into the woods of Hawkley Ridge.”

When a red-eyed wildcat threatens ranchers in the Pacific Northwest, Ryan Cole recognizes the danger is far more menacing than the ranchers realize. Cole specializes in tackling unconventional security threats, particularly those with alien origins.

His investigation puts him in the crosshairs of Antoine Drake, an international arms dealer with a penchant for weapons from other worlds. Both men are also in pursuit of powerful alien artifacts known as guardian stones.

Cole and his team of investigators embark on a dangerous quest to recover the guardian stones before they can be assembled into the ultimate alien weapon. To succeed, Cole must also decipher the wildcat’s deadly secrets.

But in the woods of Hawkley Ridge, it’s easy for the hunter to become the prey.

A Darker Rain is the first book in the Ryan Cole adventure series.

A Darker Rain is Claudine Kapel’s first novel. She lives in Toronto and enjoys books, music, and travel. When not working as a consultant, she can be found writing, reading, or contemplating what else may be out there.

Labels: A Chance of Light, Claudine Kapel, excerpt
Email ThisBlogThis!Share to TwitterShare to FacebookShare to Pinterest