Interview with Clifford Beal and Review of The Guns of Ivrea


Please welcome Clifford Beal to The Qwillery. The Guns of Ivrea will be published on February 9th by Solaris Books. 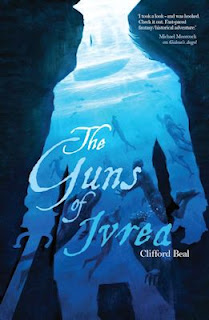 TQ:  Welcome back to The Qwillery. How has your writing process changed (or not) from when your first novel, Gideon's Angel, was published until now?

Clifford:  I have to say, the biggest difference compared to writing Gideon’s is that now I’m writing under contract with real deadlines and not “on-spec” as before. That really focusses the mind and can be scary but actually it’s a great way to avoid procrastination since you have to look at your daily or weekly writing quota like it’s a real job and not a hobby.

TQ:  What do you wish that you knew about book publishing when Gideon's Angel came out that you know now?

Clifford:  Probably has to be the vagaries of book marketing. I think many new fiction authors, including myself, have a completely unreal attitude to what constitutes success. Very few writers—in any genre—hit it big first time out. It takes determination and persistence as well as good writing to build a career as a successful writer.

Clifford:  Certainly with my current WIP it has to be in handling plot resolution with a large cast of characters. You create these people, send them off into the world like a fretting parent, and then try and give them a fulfilling life on the page. But situations spawn new situations and questions beg questions. Corralling all that between the middle and end of the book is a real challenge.

TQ:  Describe The Guns of Ivrea in 140 characters or less.

Clifford:  A pirate turned admiral, a jaded mercenary, a monk on the run, and an inquisitive mermaid find common cause as their kingdom slowly drifts towards war

TQ:  Tell us something about The Guns of Ivrea that is not found in the book description.

Clifford:  Look out for Lucinda della Rovera, a canoness of the faith. She’s lethal.

Clifford:  Fantasy allows you to explore the human condition by putting people in fantastical situations, It’s the ultimate “what if?”

TQ:  Your bio at the publisher's site states that you "trained in 16th -17th century rapier combat." You've also written a non-fiction book - Quelch's Gold: Piracy, Greed, and Betrayal in Colonial New England. Have your experiences with rapier combat and the writing of Quelch's Gold influenced The Guns of Ivrea?

Clifford:  Not so much Quelch’s Gold, which was about a real-life 18th century pirate, but definitely the rapier work and medieval broadsword fighting I’ve done on and off for over 35 years. Learning the art of the sword was invaluable for describing the flow of a duel or a battle. There’s no substitute for donning full armour and experiencing the chaos of the field and I think it’s given me a real edge (ha!) in crafting fight scenes. Not so much because of the mechanics (which many readers find boring) but because you can describe the feelings of the combatants in that situation. Have you ever looked through the visor of a 15th century helm? Gives you a whole new perspective on the world.

TQ:  What kinds of research have you done for The Guns of Ivrea?

Clifford:  Although its secondary world fantasy, it has a definite renaissance-era feel to it. So lots of research on costume, customs, mythology, and warfare of the age.

TQ:  In The Guns of Ivrea who was the easiest character to write and why? The hardest and why?

Clifford:  That’s a difficult one. Probably the easiest character to write was Captain Strykar, my mercenary of the Company of the Black Rose. No nonsense, been around a while, has seen it all, and driven mainly by money (but still has a sense of fair play). More difficult was my wayward monk, Brother Acquel. Trying to find out what makes him tick took rather a long time and some fair amount of head-scratching.

Clifford:  Oh definitely, but not in an overt way. There are issues of race, the treatment of “indigenous” peoples, and even drug addiction. Not preachy, but attentive readers will see parallels to our own history.

TQ:  Which question about The Guns of Ivrea do you wish someone would ask? Ask it and answer it!

Clifford:  Does the addition of gunpowder in an epic fantasy ruin the “swords and magic” elements?

Absolutely not. Sure, guns have to be integrated skilfully into a magical world but they don’t have to be a scene stealer or even work properly. Early firearms and cannon killed their wielders almost as frequently as their intended targets. In Valdur, cannon are very rudimentary—until the Ivreans find a better way!

TQ:  Give us one or two of your favorite non-spoilery quotes from The Guns of Ivrea.

Clifford:  “Magister,” she replied, as if talking to a boy. “It is Lavinia who sees things from afar. I, on the other hand, compel people to do things.”

Clifford:  I’m into the home stretch now on the sequel, The Witch of Torinia, which Solaris Books will bring out early next year. After that, who knows? I’ve got some ideas for a few more things with a fantastical flavour. And there’s always the possibility for another voyage to Valdur if the omens are auspicious.

Clifford:  Thanks, it was great to be back! 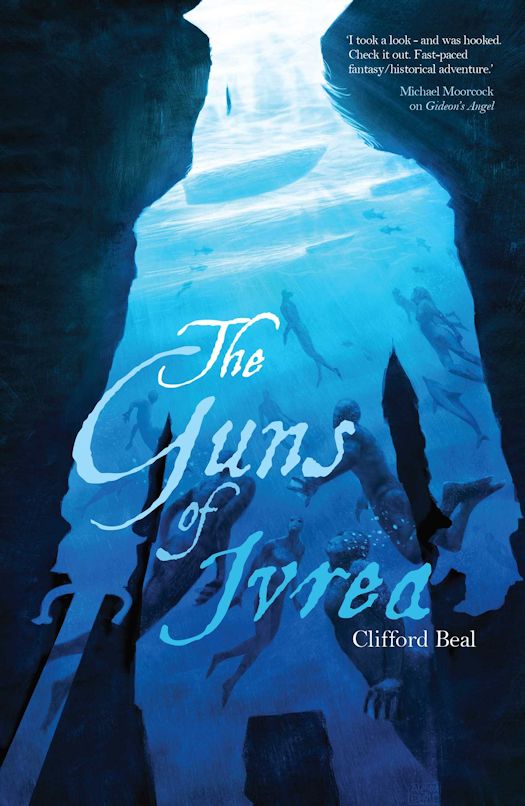 Pirate princeling Nicolo Danamis, mercenary to the King and captain of the largest fleet in Valdur, has made one deal too many, and enemies are now closing in to destroy him.

Citala, fair-haired and grey-skinned, the daughter of the chieftain of the Merfolk, finds herself implacably drawn to the affairs of men. She puts events in motion that will end her people's years of isolation but that could imperil their very existence.

Their fates intertwine as they journey across the land, through duchies and free cities riven by political intrigue, religious fervour, and ancient hatreds. Alliances are being forged anew and after decades of wary peace, war is on the wind once again...

The Guns of Ivrea is the first novel in the Tales of Valdur by Clifford Beal. It is set on and around the island nation of Valdur. The novel follows Brother Acquel, Nicolo Danamis, Citala, and more as their lives intersect and they try to stay alive, right wrongs and achieve their goals.

Each of these characters is vibrant with a rich story of his/her own. Danamis and Acquel evolve over the course of the novel as they face hardship after hardship and difficult decisions. They come to understand themselves better. They show strength of character that they perhaps thought they didn't have. Citala is brave, intelligent and takes huge chances on behalf of herself and the Mer. She is a marvelous character and has the fate of her civilization riding on her shoulders. Over the course of the novel you get to know Danamis, Acquel, and Citala well.

There are plenty of well-developed secondary characters as well - Captain Julianus Strykar, Lady Lucinda della Rovera, Magister Lucius Kodoris, and Timandra Pandarus. They are each pivotal to the story and their interactions with the main characters often spur along the story whether they take an active role or are merely soundboards.

The world of Valdur is really exceptionally done. Beal has fleshed out religion and myth, society, and the political system as the backdrop for the events of the novel. There is much intrigue, behind the back dealings, betrayal, revenge, and also true heroism and selflessness. Beal excels at placing you in the action and you really see and feel Valdur come to life. There are fantastic and exciting sword fights and ship battles.There are wonderful moments of camaraderie and friendship.

Beal brings The Guns of Ivrea to a deeply satisfying conclusion but has left plenty for the subsequent novel as things have been set in motion in Valdur that will need to play out further. This is a beautifully written novel. Set aside enough time to read The Guns of Ivrea straight through. You are not going to want to leave Valdur until the tale is done. 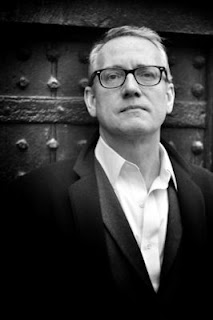 Clifford Beal is a former journalist and the author of Gideon’s Angel and Raven's Banquet by Solaris Books. Following a swashbuckling past where he trained in 16th -17th century rapier combat, he now leads a more sedentary life but daydreams of returning to fighting trim. When not imbibing endless mugs of tea and writing, he can usually be found imbibing endless mugs of tea and reading. Originally from Providence, Rhode Island, he lives in Surrey, England with a fiery redhead of a wife and a crazed Boston terrier.