What's Up for the Debut Author Challenge Authors? - Part 44

This Update includes a cover that has recently been revealed (by the author, publisher, etc.).


Check out an interview with Kameron Hurley and an excerpt from The Stars are Legion at i09.com. I am really, really looking forward to this novel! 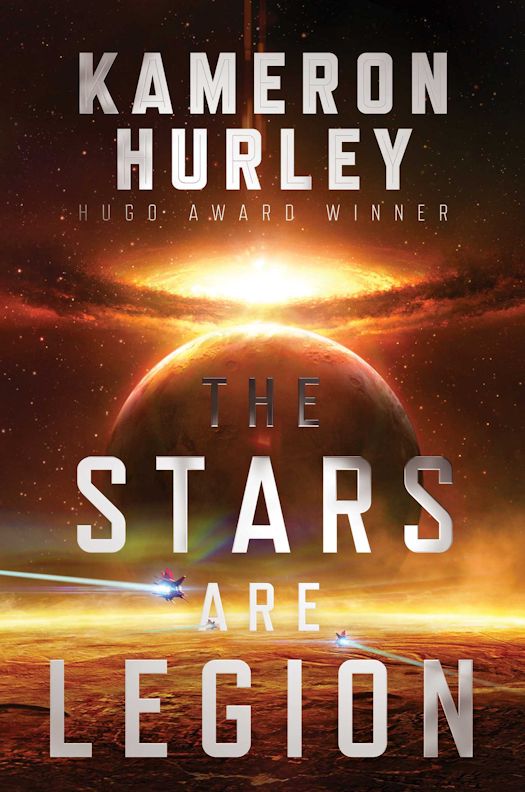 Set within a system of decaying world-ships travelling through deep space, this breakout novel of epic science fiction follows a pair of sisters who must wrest control of their war-torn legion of worlds—and may have to destroy everything they know in order to survive.

On the outer rim of the universe, a galactic war has been waged for centuries upon hundreds of world-ships. But these worlds will continue to die through decay and constant war unless a desperate plan succeeds.

Anat, leader of the Katazyrna world-ship and the most fearsome raiding force on the Outer Rim, wants peace. To do so she offers the hand of her daughter, Jayd, to her rival. Jayd has dreamed about leading her mother’s armies to victory her whole life—but she has a unique ability, and that makes her leverage, not a leader. As Anat convinces her to spend the rest of her life wed to her family’s greatest enemy, it is up to Jayd’s sister Zan—with no stomach for war—to lead the cast off warriors she has banded together to victory and rescue Jayd. But the war does not go at all as planned…

In the tradition of The Fall of Hyperion and Dune, The Stars are Legion is an epic and thrilling tale about familial love, revenge, and war as imagined by one of the genre’s most imaginative new writers.