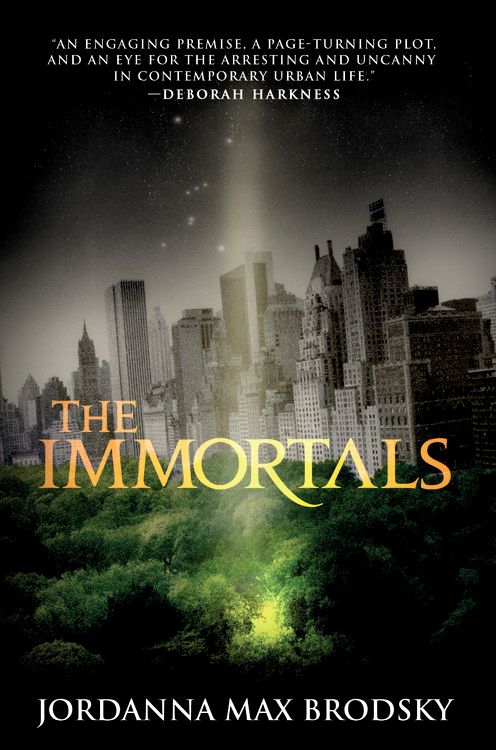 Selene DiSilva has a solitary life, just her and her dog. Her mission in life is to avoid her family and rescue women who are in trouble. She arrives too late to save a young woman who has been horrifically mutilated and wreathed in laurel. Selene's past, which she had hoped was well behind her, has come back to haunt her. When another young girl is murdered in equally horrific fashion Selene reluctantly teams up with the classics professor Theo Schultz to find who is responsible and stop any other innocents from dying.

I thoroughly enjoyed The Immortals. I thought that the premise of Brodsky's plot was very clever. Selene, as the long, and almost forgotten goddess Artemis was well written and in latter parts of the story very conflicted between who she used to be and who she wants to become. The story turns into a bit of a lesson on Greek mythology as we learn more about Selene's (ancient) past. I kind of felt a bit smarter by the time I had finished The Immortals and all without having to rely on the handy Glossary at the back of the book.

Selene herself admits the gods were capricious and cruel. After all the centuries of solitary living she wants to be more than she was at the height of her power but achieving this may take a Herculaneum effort. Help may come in the unsuspecting package of a rather geeky classics professor. Theo could have been dull in comparison to the former goddess Selene but surprisingly he wasn't. Theo could hold his own and all thanks to Brodsky's ability to write convincing characters. I think the only characters that were a tad stereotypical were Selene's fellow fallen gods - Apollo, Hermes and Dionysus but I forgave this for what they added to the overall plot.

Overall, The Immortals is a solid debut for Brodsky. I will be very interested to see how Brodsky crafts a series out of these characters. The Immortals is an enjoyable read that will have you brushing up on your Latin and reaching for a textbook of Greek mythology.
Posted by Melanie at 10:51 AM