Guest Blog by Kerry Schafer and Review of Dead Before Dying


Please welcome Kerry Schafer to The Qwillery. Dead Before Dying was published on February 9th by Diversion Books. 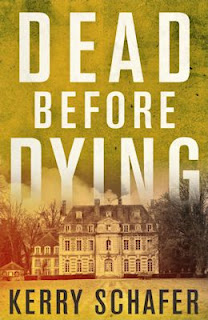 I am over-the-top excited to be back here at the Qwillery. It's been an interesting three years and as I look back at my wide-eyed newbie self, standing at the threshold of a brand new publishing career, I'm a little bemused by how much things have changed since then.
I believed – oh how I believed – that the whole world lay open before me. Finally, after years of writing and editing and re-writing, after all of the querying and rejection, hope and despair, I'd made it! Between was out on bookstore shelves and all was right with the world. I imagined a long line of succeeding books, all sold with no effort, probably to Penguin. After all, they'd already bought two books and everything I wrote was only going to get better so why wouldn't they want to pick those up as well?
Ah, grasshopper. So young. So trusting and full of hope.
Okay, maybe not exactly young. But otherwise I was as starry-eyed as a fool in love. Publishing is a business first and foremost. It is not a romance, and certainly not a marriage. Penguin looked at my previous sales numbers, did some sort of math, and declined their option to contract the third book of my trilogy.
I went through a dry spell that felt, at the time, like a catastrophic drought, on a par with the dust bowl of the fifties. It felt like going back to square one, with no writing contract and nothing ready to market. In retrospect, my bout of self pity and despair was mercifully brief. Publishing is a business. Writing is something else. Contract or no contract, I'm always going to be writing.
So I wrote and published the Dream Wars e-novellas through The Knight Agency's distribution arm. I finished the third book of the Between trilogy, The Nothing, and published it independently, thanks to a successful Kickstarter campaign.
Indie publishing is creatively satisfying, but I've come to believe that a hybrid writing career is a smart thing for an author to do, and I wanted some more writing contracts before thinking about another Indie book. So I went to work and rewrote an old manuscript about an idea I loved – a paranormal mystery thriller set in a retirement home. Dead Before Dying sold to Diversion Books, and was released on February 9. I have to admit that I love this book and it's lead, Maureen Keslyn. She's older for a paranormal heroine, (nearly sixty) fiercely independent, highly skilled, and doesn't give a rat's ass what anybody thinks about her.
My agent, Deidre, loved Maureen and the voice I used in Dead Before Dying. She asked me to step out of my usual mode and try women's fiction. The result of that experiment is Closer Home, acquired by Lake Union Press and coming out on March 22nd under the pen name Kerry Anne King.
It's been a busy three years, both on and off the page. I've learned a lot, but I'm pretty sure when I look back on the launch of Dead Before Dying three years from now I'll be shaking my head and contemplating everything I thought I knew, but didn't. 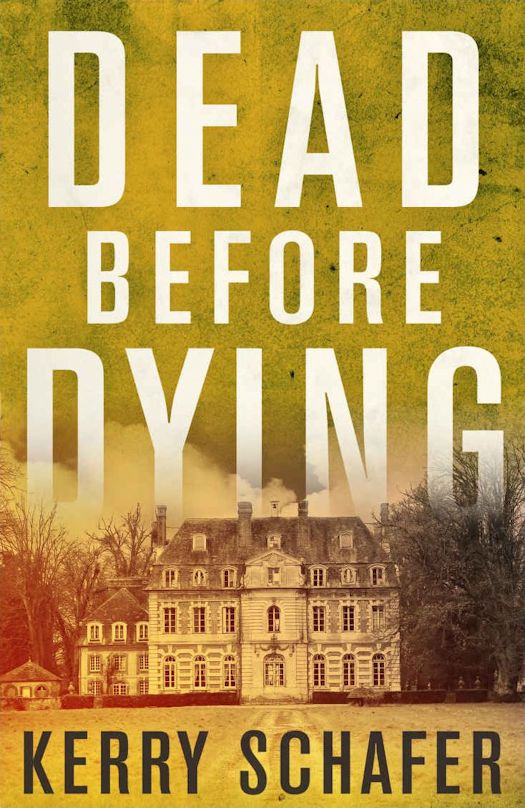 Twisting and eerie, sharp and unforgettable, DEAD BEFORE DYING brings a heroine worthy of Sue Grafton to a terror worthy of Dean Koontz.

In this supernatural thriller, shot through with biting wit, Maureen Keslyn checks herself in to Shadow Valley Manor to recuperate and rehabilitate from her last job. There, she runs afoul of the stern director and makes friends with some of the other residents, mostly older, all harboring either a secret or a grudge. With secrets of her own, like why she has her own Federal Agent checking up on her, and how she injured herself in the first place, Maureen fits right in, even as she sticks out like a thorn.

But Shadow Valley isn’t just for rest—Maureen is working undercover, seeking to find and eradicate whatever forces are picking off the residents (and staff) at a grisly clip. With her resources dwindling one death at a time, and unnatural forces seething to rise up once more, Maureen’s experience fighting the supernatural will be her only hope to destroy a clever and powerful evil—and her only chance at surviving it. She'll need people as paranoid as she is—from the sheriff, to the undertaker's daughter, to a cook whose knife skills in the kitchen could prove deadly out of it—if she is going to bring rest to the weary, and peace to the dead…

I've always been a fan of Kerry Schafer's writing, especially her Between series (Between, Wakeworld, and The Nothing) but she has ramped it up quite a few notches with her supernatural thriller, Dead Before Dying. Dead Before Dying features a middle-aged protagonist - Maureen Keslyn. She's an older FBI agent who is seriously wounded during last assignment. She limps, has aches, and has recently nearly died. She also is gruff, sarcastic and has a mostly bad attitude. She's in no physical condition to take on a new assignment when she's called in to help with unsettling events at Shadow Valley Manor, a former home for unwed mothers and now retirement home.

I really did not like Maureen at first but quickly warmed to her intelligence, boldness, dark humor, and tenacity. Telling Maureen not to do something seems to elicit the opposite response. She also has huge trust issues which seem to be completely justified. In her line of work trusting the wrong person often ends in death. Schafer provides plenty of background about Maureen through a series of well-placed flashbacks.

While Maureen is not interested in staying at Shadow Valley Manor initially people start dying and she digs in determined to find out what is going on. Along the way she encounters number of people she deeply distrusts - the local sheriff (Jake), the Manor's cook (Matt), and the daughter of the town undertaker (Sophronia). Each of these characters is well-developed, intriguing, and has something to hide. The residents of the home are interesting in their own ways and often a bit unusual.

The supernatural in Dead Before Dying is extremely well done, creepy and frightening. The backstory to what is actually happening is chilling. There are some fabulous action scenes, a bit of gore, some unique supernaturals, and unexpected twists and turns. 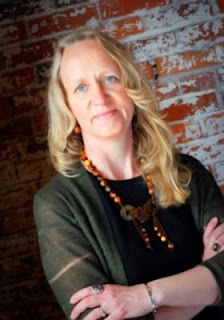 Kerry Schafer writes fantasy with its teeth sunk into reality, mystery that delves into the paranormal, and women’s fiction that embraces the dark and twisty realms of humanity. The first two books of her Between trilogy (Between and Wakeworld) were published through Ace Books/Penguin. Due to the ever-shifting landscape of publishing, the concluding book of the trilogy - The Nothing - was released as an Indie book, thanks to a successful Kickstarter campaign. The first book in Kerry's Paranormal Mystery series, Dead Before Dying, will be released by Diversion Books on Feb 9, 2016. She also writes Women's Fiction as Kerry Anne King.