Please welcome S. K. Dunstall to The Qwillery. Alliance, the 2nd Linesman novel, was published on February 23rd by Ace. 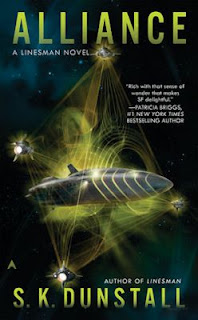 We didn’t plan on making a Linesman a trilogy. When we started it was just a single book. Later, while our agent was shopping the story around, we planned to write a series of books set in the same universe, but with different protagonists for each novel.

It took over twelve months to sell Linesman. By that time, we had completed a second book (let’s call it Acquard, after the name of the main character), and were three quarters of the way through the first draft of a third story.

The editor said she’d take three books based around one character, Ean Lambert. A trilogy.

We had plenty of story for Ean, and he was fun to write about, so a trilogy wasn’t a problem.

We also still believed in that second story. We love the characters and the storyline, and hope that maybe one day we can sell it.

Except … book two. Both book twos. The one we had already written, Acquard, and the one we were about to write, Alliance.

Acquard is set three months after the events that happened in Linesman, and is based around an event that we touch on in Alliance. The timing is important, and for us, the event is inevitable after the end of the first book.

There’s a secondary character in Acquard who would know the characters in Alliance and interact with them. But … we didn’t have a place for them in Alliance. (Note, we’re carefully not saying who it is, because … minor spoilers.)

However, they have a role to play in Acquard, so we couldn’t take them out of that book.

We had to fit the character in, because Ean Lambert would have met them and interacted with them in his day-to-day activities.

We’re pantsers. We like the story to grow and surprise us as we write it. Shoving a character, fully-formed, with their own backstory already written, is not the way we normally work.

Not only that, this character had to have a reason to disappear for a couple of days to go off with Acquard.

Once something is published, it’s set in concrete. You can’t go back and change it, no matter how much you’d like to. (And believe us, there were times we wanted to.)

So we shoe-horned the character from Acquard into Alliance, just a couple of mentions at first. Until we realised, half-way through the rewrites, that our editor was going to read it and say, “This character is unnecessary. Cut them.”

Back to the keyboard.

We tweaked the story a bit, adding a couple more scenes featuring that character. Tweaked it a bit more. And more.

We ran out of time in the end. Even when we sent it away we weren’t truly sure that our editor, Anne, wouldn’t ask us to take the character out.

Instead, she came back with, “I feel [character’s] story could be fleshed out more.”

If we’ve done our job properly, the story should be seamless. You shouldn’t know this character was dumped ready-made into the story. See if you can work out who it was. 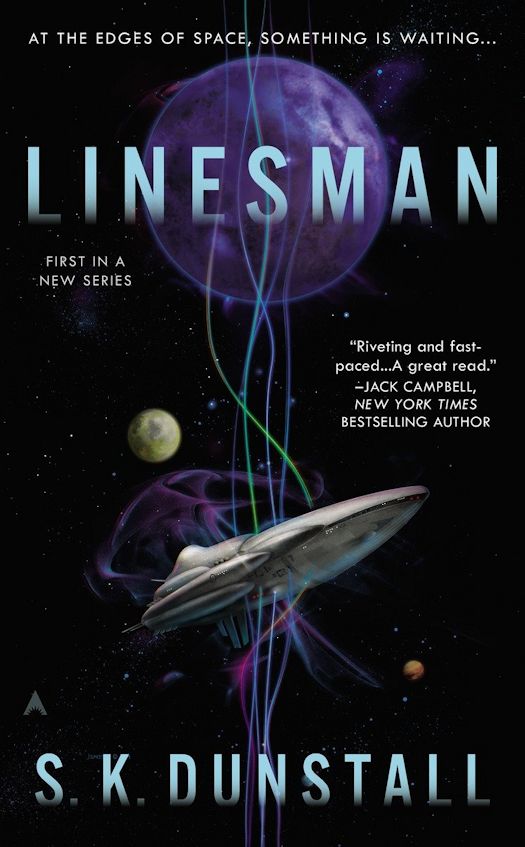 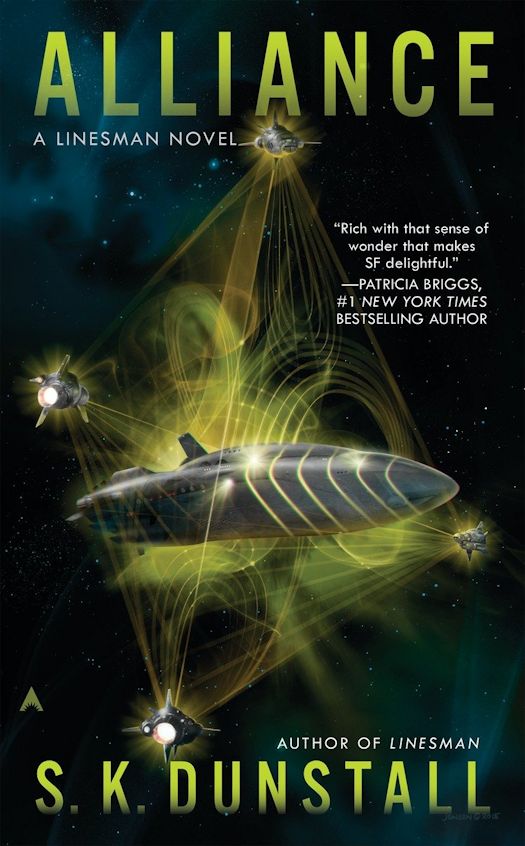 The lines. The soul of every ship. It was once thought there were only ten, but that was before an alien vessel appeared at the edge of space—before Ean Lambert heard more lines singing. Ean’s ways of communicating with lines is strange. But his abilities make him a valuable tool—or weapon—to command.

Captain Selma Kari Wang has lost everything—her ship, her crew, her legs. But the New Alliance of Worlds is not done with her yet. After they rebuild her broken body, they send her to captain one of the new alien ships, teaming her up with Ean, the only one who can understand the alien lines.

Kari Wang and Ean are poised on the threshold of discoveries that could change the world. But not everyone wants the New Alliance to control the secrets they uncover—and those who oppose won’t hesitate to do whatever it takes to stop them…

S. K. Dunstall is the pen name for Sherylyn and Karen Dunstall, sisters who have been telling stories—and sharing them with each other—all their lives. Some years ago, they realised the stories they worked on together were much better than the stories each of them worked on alone. A co-writing partnership was born.

Their first novel, Linesman, was published in June 2015. Their second novel, Alliance, will be published on 23 February 2016.

What:  One entrant will win copies of Linesman and Alliance (Linesman 1 and 2) from S. K. Dunstall.

Who and When:  The contest is open to all humans on the planet earth with a mailing address. Contest ends at 11:59 PM US Eastern Time on March 5, 2016. Void where prohibited by law. No purchase necessary. You must be 18 years old or older to enter.