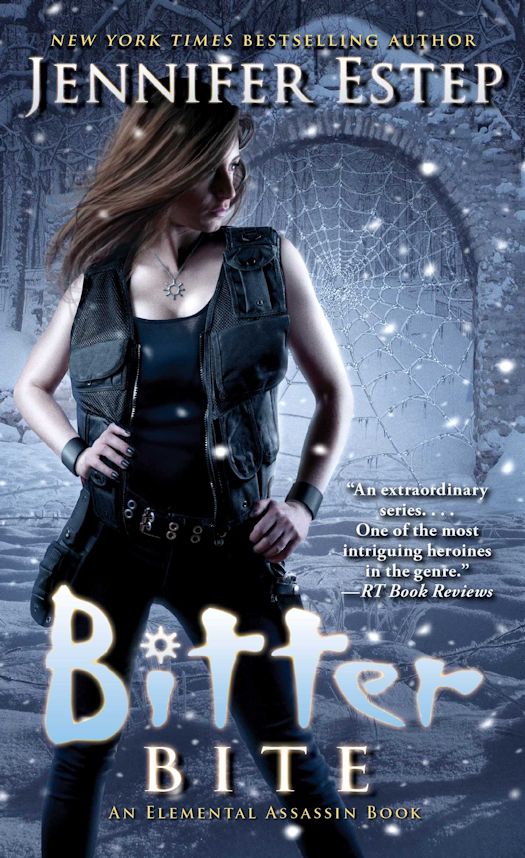 Which is stronger: blood ties or a battle-tested friendship? That’s the question Gin Blanco asks when a friend’s long-lost relative strolls into town. The suspicious reunion is a surprise for everyone—and a big problem for Gin. Book fourteen in the New York Times bestselling urban fantasy series RT Book Reviews calls “unbeatable entertainment!”

It’s not easy being queen bee of an underworld abuzz with crooks and killers. Wielding my potent Ice and Stone elemental magic will only get me so far—my real secret is my tight-knit makeshift family, a motley crew of cops and criminals, dwarves and playboys. My foster brother Finnegan Lane is my right-hand man, but when his suddenly not-dead relative comes back into the picture, I’m the one on the outside looking in.

It’s funny how life works: one minute your best friend is rock-steady, and the next he’s doe-eyed and buying into this whole loving-relative routine to the point of ignoring you. I’d like to be happy for Finn, I really would. But all of my instincts are telling me that beneath the syrupy sweet demeanor and old-fashioned charm, this sudden interloper is planning something. The whole shtick leaves a bitter taste in my mouth. This person might have avoided the grave once, but I’ll put anyone who hurts Finn in the ground—for good.

In this 17th* outing with Gin Blanco, the Elemental Assassin, Jennifer Estep once again places one of Gin’s extended family in jeopardy. Gin continues as the queen of the underworld, when she is not cooking at her restaurant, the Pork Pit, or for her family. Her extended family includes her sister, her foster brother, her lover, and various other characters that she has adopted along the way. As an Elemental, Gin has the ability to control both Ice and Stone, which gives her an edge in the assassin business.

As Estep usually does, the last novel ended with the reveal of a new threat to Gin’s world. This time, the threat is aimed at her foster brother, Finn. Unfortunately, while Gin is investigating this new person, Finn is cozying up to one of his new clients, Mama Dee, and before Gin has a chance to prepare Finn, she reveals herself to be his long-lost mother. However, her story of why she disappeared does not fit with the story that Finn’s father left for Gin, and nothing Gin says can dissuade Finn from falling for this woman’s charms.

By now, the stories should feel formulaic, but Estep keeps her writing crisp. Her fight scenes generally last for several pages and are tightly written. You can almost feel the knives slashing and the blood flying. The interactions between the characters seems realistic, and it is easy to sink into the magic of Asheville.

I particularly love that Gin is a cook, first and foremost. When something upsets her world order, her instinct is to fix food, the world’s number-one comfort. I almost wish that Estep would include recipes for some of the meals that Gin prepares for her family and at her restaurant, but that would undermine the seriousness of the tales. Make no mistake, Gin also is an assassin who won her way to the top of the underworld.

I also enjoy the relationships that Gin has with her extended family. When the novels first began, Gin was a relatively solitary soul, with just Finn and a few others. However, she has grown during the course of the series and become more involved with people.

Overall, Estep continues to churn out good solid stories that surprise and delight. As mentioned, she usually sets up her next novel by leaving some hint at the end, and she does so again here. It turns out that the underworld that Gin knows may not be the whole underworld – there appears to be a larger group that masterminds everything. Even worse, it appears that Gin’s mother may not have been the innocent victim that Gin thought she was – but that’s another story.