Millar and Capullo's Smash-Hit Reborn Will Be Collected Into Hardcover

MILLAR & CAPULLO’S SMASH-HIT REBORN
WILL BE COLLECTED INTO HARDCOVER

Superstar creators Mark Millar (Kingsman: The Secret Service) and Greg Capullo (Batman) join forces to create the sci-fi story of the year—REBORN. A beautiful hardcover edition from Image Comics will collect issues 1-6 and hit stores this May.

REBORN asks, where do you go when you die? Not heaven or hell—somewhere else. Somewhere you have to fight to survive. Somewhere the people from the past are waiting for you—the good and the bad.

REBORN HC hits bookstores on Tuesday, May 23rd. It is available for pre-order now on Amazon, Barnes & Noble, IndieBound, and Indigo.


“Reborn offers an engaging high concept storyline with plenty summer blockbuster
flavor. Capullo and the rest of the art team bring that engaging story to life with visuals
that both epic fantasy violence and simple human emotion.” —IGN


“Reborn is a must-buy.” —Comicosity


“Reborn is a title to get excited about.” —Comics Bulletin 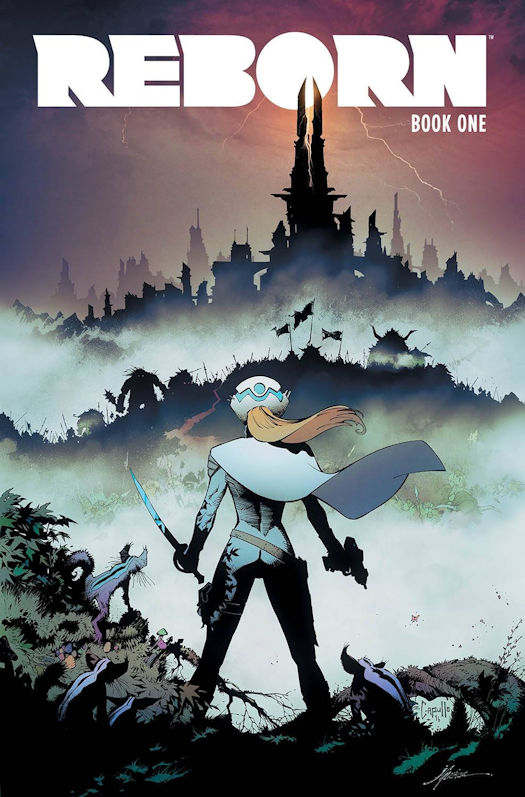