Sharp genderqueer knights, blood magic, death gods, astral projection, and a goose: ARCLIGHT has it all. Her mind trapped in a strange alien body, a lady of the blood house hides on the outskirts of her kingdom, until she learns that an alien monster pretending to be her has taken her place.


“ARCLIGHT seems to be an attack on the binary—an exploration of conformity and
identity—and those themes carry the material past its shared universe setting. It’s a
slow, more deliberate burn; it’s the kind of book you linger with rather than tear through.” —Multiversity Comics


“In only a few panels, Graham and Churchland suggest an ancient world, rich in its own
customs and history, with a unique flora and fauna as well as its own systems of
governance and magic.” —CBR


“ARCLIGHT is a story of solemn grace that gently pulls you into its story, titillating your imagination, and makes you want more.” —AiPT! 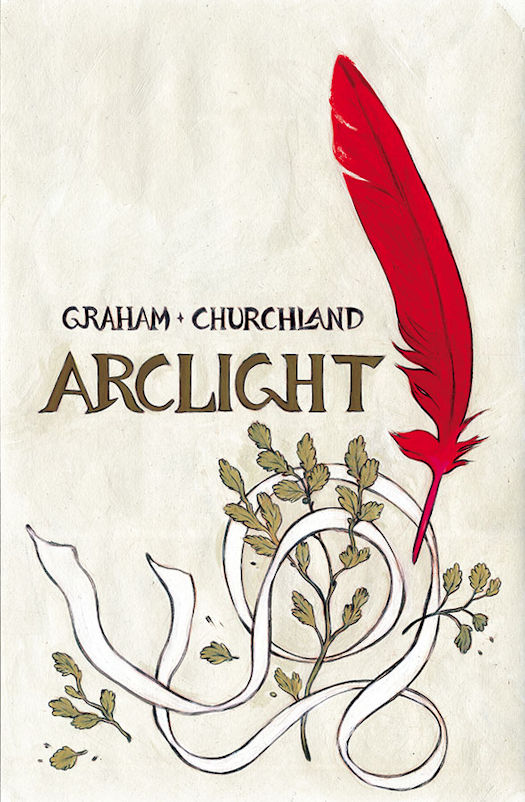