Image Comics is pleased to announce an all-new one-shot by comics legend Erik Larsen, Image Comics’ co-founder and co-partner and the creator of the long-running SAVAGE DRAGON series, and artist Nikos Koutsis team up for: MIGHTY MAN. The one-shot story will take flight this April.

In MIGHTY MAN, seven-year-old Betty Bradford has inherited the mantle of the World’s Mightiest Man. Now she trains to take on the role of the world’s greatest superhero and faces her biggest challenge ever.

“Mighty Man was a nutty idea I had some years ago where a godlike entity could be transferred from one host to another, enabling its host to transform into the world’s mightiest man,” said Larsen. “In each case, I thought it would be compelling to give those powers to the least likely recipient. At this point the power is in the hands of a seven year old girl, the daughter of a previous host who had been Mighty Man.”

A fun, action-packed story, MIGHTY MAN is sure to satisfy any comics fan in search of a standalone, page-turning adventure. 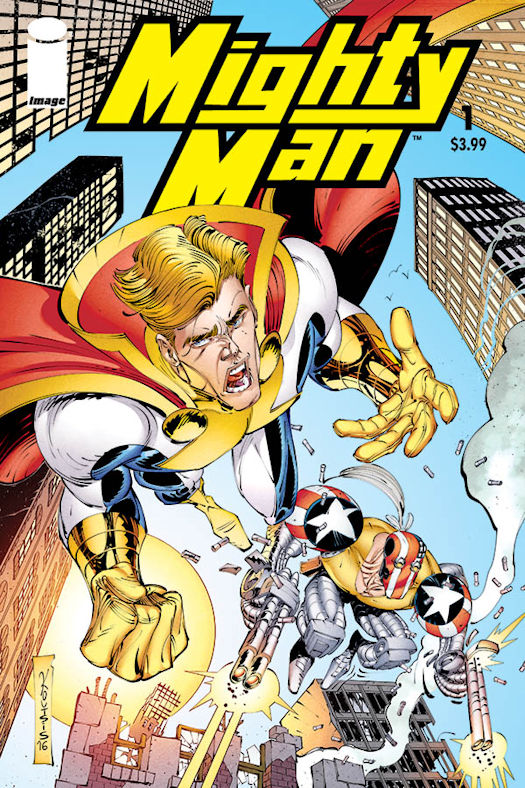