Please welcome James Walley to The Qwillery. The Fathom Flies Again, Wink 2, is out now from Ragnarok Publications. 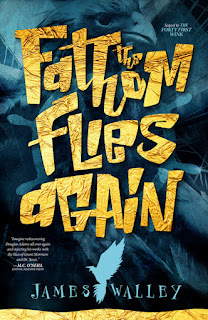 At the weekend, I threw caution to the wind and booked a vacation for later on in the year. The world is a sombre and fragile place at the moment, so I figured that could be tempered by the prospect of incoming shenanigans in the not-too-distant. My destination? Well, that much was set in stone from the moment I stepped off the plane back in Blighty last September, after a week in Orlando. Some more of that, please.

Spending a magical seven days with my other half, scampering around Universal Studios like excited children is something that left an indelible stamp on me. Some people love sun holidays, sand holidays, sangria holidays. Truth be told, I am fairly partial to all of the above, but what I got under the baking Florida sun this September past eclipsed all of that. Fun, and ultimate escapism. As a writer, I spend most of my time creating places to escape to, unlikely, larger than life vistas in which to lose myself even as I build them. This, however, was an opportunity to play in someone else’s sandbox, and they had left all of their toys out for me.

For those of you who haven’t had the pleasure, the two theme parks hold everything from superheroes to wizards, giant robots to dinosaurs, and all so immersive that you catch yourself grinning every other minute, as something else that until now only resided in your mind, in a book, or a silver screen walks up and gives you a high five (No mean feat for a T-Rex). This was what I strive to achieve with the words I put into sentences, something so immersive and joyous, that people would want to explore these realms too, if only in their minds. Obviously this wouldn’t work in some genres, or so I thought until the sun went down.

You see, we chose to visit Universal in September, because that is when the nasties come out to play, after the kiddies have been ushered off home, and the attractions are much more likely to eat you. Halloween Horror Nights, they call it, and it put me in my place with regard to exactly how far escapism can take you.

Sure, I’ve harboured secret fantasies about loading up my boomstick and striding out into the zombie apocalypse to have some good old fashioned hijinks with the undead, who hasn’t? What lay in wait for us as we crept back around a transformed amusement park however, was so much more. Exorcists, serial killers, boogeymen, ghosts, banshees and demonic gingerbread men (Yes, that’s a thing) were around every corner, waiting to scare the snot out of anyone who had been brave enough to stick around.

And it was flipping incredible.

Again, meticulously created and flawlessly executed - We were actually there, being chased, lunged at, generally ooga-booga’d to ‘shriek like a pre-schooler’ levels. I don’t think anyone heard me though.

I don’t know why I was so surprised, having grown up on a diet of horror fiction and being utterly exhilarated by it. People love to be scared, as much as they love to be wonder struck or delighted, even if it is in an environment where you know you’re not really going to be possessed, gutted or otherwise horribly dispatched.

I put a little more of a creepy element into The Fathom Flies Again for that very reason. Even if it does stand beside silliness and folly, it serves as a reminder that we love to be given a poke in the feels, whether they’re comfortable or not so comfortable.

Last September, I’d never felt so connected to the things that I had until then only imagined, and it gave me motivation to go deeper down the rabbit hole, paint on a bigger canvas, and yes, use some darker colours where needed. Perhaps that will have a knock on effect in the, as yet untitled third instalment of the Wink trilogy, which I am working on at the moment. Maybe a second trip this coming September will serve to further stoke the creative fires.

At least then I can pass off charging around like a squealing kid on a sugar high as “Research”. 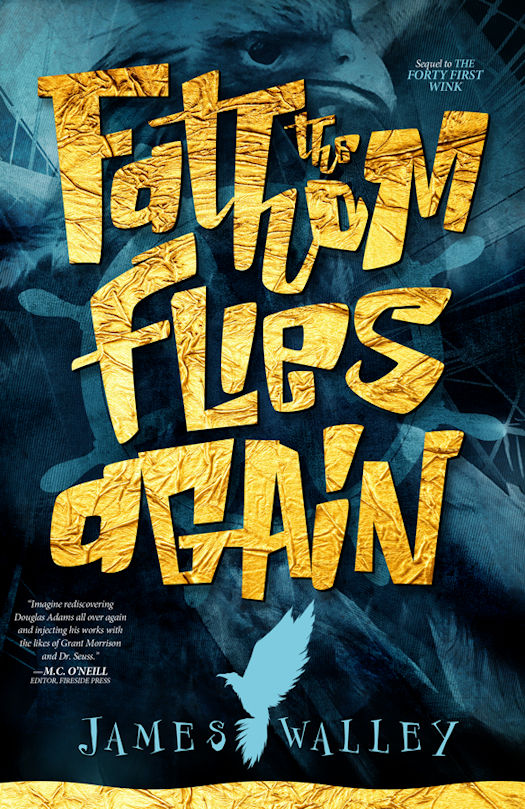 It's time to wake up and smell the carnage. Just as every night gives way to dawn, all dreams yield to the break of day. For Marty, that's kind of a problem. When you've fought killer clowns, sailed the seven skies, and generally laid waste to your own dreamspace, real life can be kind of a drag. At least, until your nightmares crawl through the cracks and shadows, and take a liking to your town.

When the jesters come a knocking, it's time to man up. When the unmentionables under your bed come a biting, it's time to grab your trusty, pint-sized pirate compadre and lead a charge against the night terrors.

What does this mean for Marty? It means the crew of The Flying Fathom are back, surfing on rainbows, swashing their buckles, and saving the world, one sleepy little town at a time.

Book one of this series, The Forty First Wink brought you a glimpse of utter, rum-swilling madness. Now& The Fathom Flies Again, pushing you over the edge and chuckling at your plummeting screams, before scuttling off to find something shiny to steal.

Remember, if you hear something under your bed, don't move. Don't make a sound. Draw your cutlass and think of something devilishly witty to shout, because things, my friend, are about to get all too real. 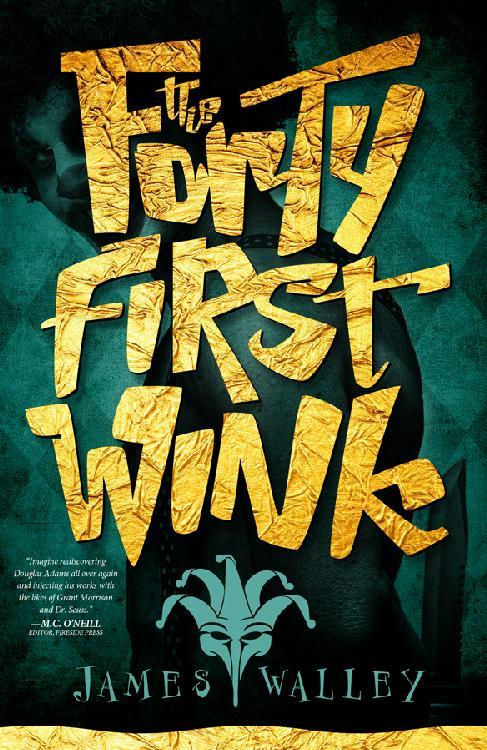 Marty is having a bad morning. Roused from slumber by a gang of polo mallet-wielding monkeys and a mysterious voice in his wardrobe, he must quickly come to terms with the fact that the world outside his door is now the world inside his head. Lying in wait amidst bleak, gloomy streets, deserted theme parks, and circus-themed nightclubs, lurks the oppressive shadow of a myriad of giggling, cackling pursuers, hell bent on throwing a custard pie or two into the works.

Assisted by a string of half-cocked schemes, a troupe of tiny unlikely allies, and (literally) the girl of his dreams, Marty sets out on a heroic quest to wake up and get out of bed.

Early reviews have compared it to Terry Pratchett and Douglas Adams. Equal parts epic, funny and dark, The Forty First Wink plummets headlong into the realms of askew reality, adding elements of the macabre, and squeezing in an unlikely love story for good measure. It will take you on a journey where not even the sky is the limit, and literally anything could be around the next corner. The question is, do you have the guts (and the sanity) to find out? 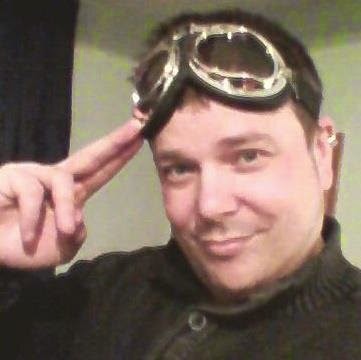 Hailing from the mystical isle of Great Britain, James Walley is an author who prefers his reality banana shaped.

His debut novel, The Forty First Wink, released through Ragnarok Publications in 2014 scuttles gleefully into this bracket, with a blend of humour, fantasy and the unusual.

A clutch of follow up work, both short and long (including books two and three in the Wink trilogy) are in the offing, and have a similar demented flavour.

When not writing, James is partial to a spot of singing, the odd horror movie or ten, and is a circus trained juggler.