Hello! I hope you have had a good week. I was in a funk in the earlier part of the week. Unlike a number of my friends I am still reading the news and boy, it is depressing. Between Brexit and other things the news is as gloomy as the weather. I tried to get interested in my TBR but I just couldn't do it so I had a little spree on NetGalley and Amazon. By the time my spree was over it was already Wednesday before I started to read a book I hadn't read several times already (anything by Ilona Andrews is my 'go to' when I am feeling blue). Lucky for you and for me my choice of book was a cracker. So what did I read? 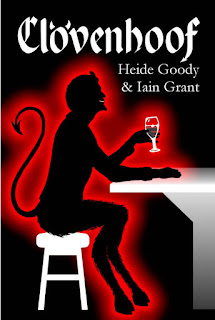 While I feel like I should apologise for only reading 1 book I find that I can't. Why you may ask? It's simple. Clovenhoof was fantastic. Fantastic and hilarious.

You may remember when I discovered Heide Goody and Iain Grant's Oddjobs and thought it was super funny? Well it doesn't hold a funny candle to Clovenhoof. Fired from his job as the Prince of Hell, Satan is cast down to earth to live as a human in the sleepy suburbs of Birmingham. Forced to integrate into society Jeremy Clovenhoof tries his best to act normal while hating every minute of it. Along for the ride are his neighours Nerys and Ben who try but fail miserably to keep Jeremy on the straight and narrow. Jeremy misses his old life and wishes the saying 'hell on earth' was actually true.

Clovenhoof is one of the funniest books I have ever read. Even the 'hubinator' who will barely smirk at the funniest books admitted to openly guffawing on public transportation (is that gol'ing?) I however, was lol'ing all the way through. Goody and Grant have obviously worked in the public sector as the scenes where Jeremy fails to meet his targets and participates in brain storming sessions to come up with a vision and mission statement were not only funny but true to life.

There are soo many funny lines and even funnier circumstances that Jeremy finds himself in I could end up quoting half the book. Clovenhoof is not just laughs as there is a story behind all the japes which you don't discover until the final chapters. If you want to be entertained then this is the book for you. I am already excited about book 2. Clovenhoof is already on my list for my fave book read in 2017. 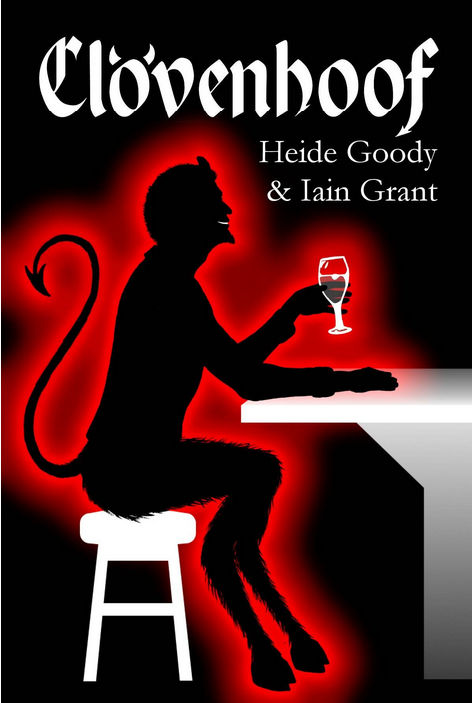 Charged with gross incompetence, Satan is fired from his job as Prince of Hell and exiled to that most terrible of places: English suburbia. Forced to live as a human under the name of Jeremy Clovenhoof, the dark lord not only has to contend with the fact that no one recognises him or gives him the credit he deserves but also has to put up with the bookish wargamer next door and the voracious man-eater upstairs. Heaven, Hell and the city of Birmingham collide in a story that features murder, heavy metal, cannibalism, armed robbers, devious old ladies, Satanists who live with their mums, gentlemen of limited stature, dead vicars, petty archangels, flamethrowers, sex dolls, a blood-soaked school assembly and way too much alcohol. Clovenhoof is outrageous and irreverent (and laugh out loud funny!) but it is also filled with huge warmth and humanity. Written by first-time collaborators Heide Goody and Iain Grant, Clovenhoof will have you rooting for the bad guy like never before.