Guest Blog by Henry V. O'Neil - Give Yourself Some Room: Some tips for writing a book series 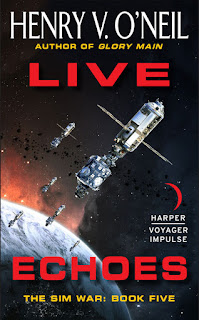 Give Yourself Some Room: Some tips for writing a book series
By Henry V. O’Neil


I just finished writing the final novel in my military science fiction Sim War series, and it seemed like a good time to review the experience. It didn’t take long to see that I’d learned a great deal about writing a series, and I thought I’d share some of those tips with you.

When I started brainstorming the first book, Glory Main, I knew I wanted to write several sequels. I’ve been writing for some time, and so I’ve met a wide variety of readers, authors, and editors who’ve provided their own advice and wisdom. One of the common themes about beginning a series was to start small. The idea is to give yourself, your storyline, your setting, and your characters room to grow. I took that to heart, and it paid off.

Before I continue, this is only advice—not a rule. There are plenty of excellent stories (post-apocalyptic fiction immediately springs to mind) that start with the literary equivalent of an atomic blast. The Hitchhiker’s Guide to the Galaxy (minor spoiler alert) begins with the destruction of the Earth, proving that a brilliant piece of fiction can literally begin with the end of the world.

With that said, there are many advantages to leaving yourself some room when you’re beginning a series:


So now that we’ve reviewed the advantages of leaving yourself some room, how might you go about doing it?

Don’t rob yourself of these chances and opportunities. Start small. Leave room for growth. Be open to a different idea. Tell the story. 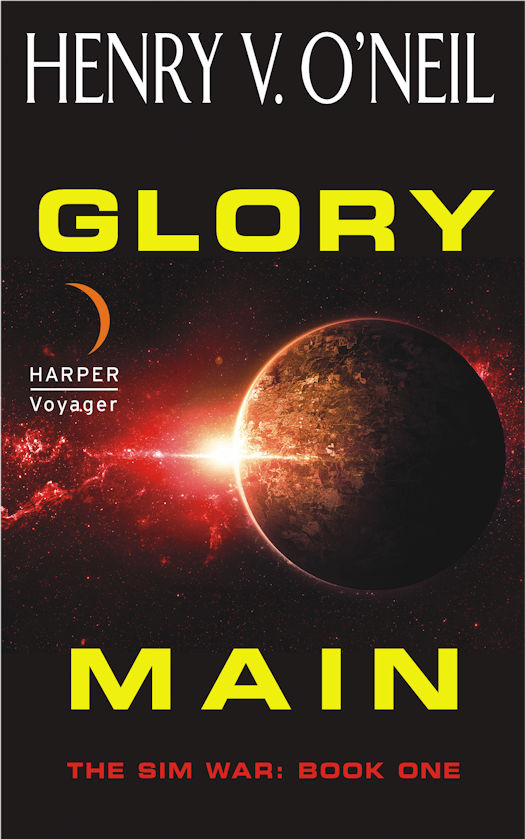 We are closer to the Sims than we think …

For decades, mankind has been locked in a war with an alien enemy that resembles the human race so closely they are known as the Sims. Both sides battle for control of habitable planets across the galaxies—often at any cost.

Lieutenant Jander Mortas is fresh out of officer training and new to the war zone but eager to prove himself. There's just one problem: disaster strikes while he's traveling to his first assignment. He wakes to find himself marooned on a planet that appears deserted, with the only other survivors: a psychoanalyst, a conscientious objector, and a bitter veteran of a brutal slave-scout detachment. As the group struggles to reach safety on a nearby base, Glory Main, they discover a Sim colony—which could mean their salvation, or their demise.

Thrown together, they must fight the harsh elements, an ever-present enemy, and possibly each other. 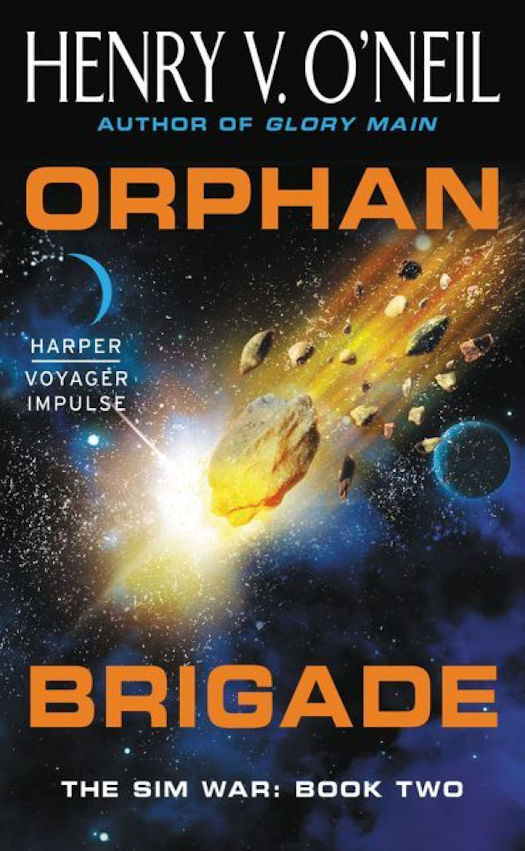 The action-packed sequel to Glory Main

Life has not been easy for Lieutenant Jander Mortas since making it to the Glory Main headquarters—with a telepathic alien entity in tow. After turning down his powerful father's offer of a desk job as an ambassador, Jander is heading back to the war zone. After joining an emergency reaction force of combat veterans known as the Orphans, Jander must work hard to get his platoon in shape for the next deployment—while learning the ropes himself. Because disaster soon strikes, and the Orphan Brigade is shipped out to Fractus, a harsh planet invaded by the enemy—the Sims.

Meanwhile, Jander's sister, Ayliss, is on a mission of her own: to uncover a scandal that would bring an end to her father's dubious reign as Chairman of the Emergency Senate. But Olech Mortas is hiding even more than his children could ever know … 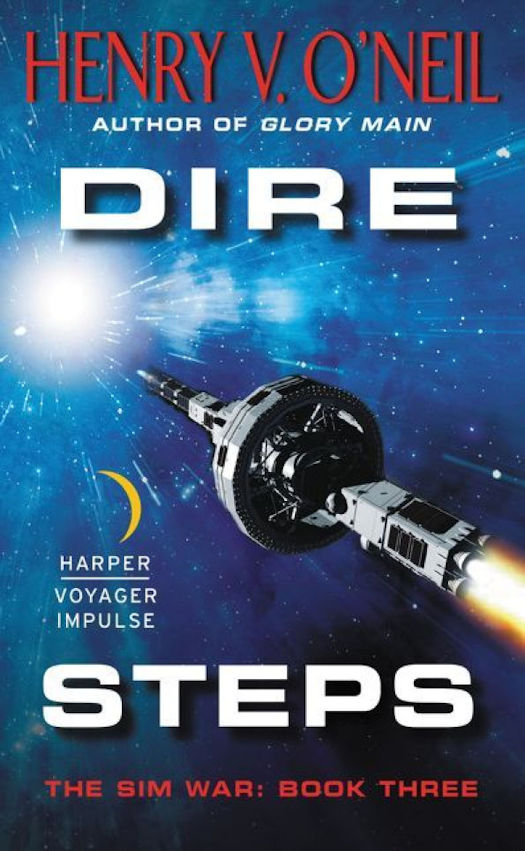 The third installment in the action-packed Sim War series

The Step, a faster-than-light method of travel, is humanity's greatest advantage in its interstellar war with the Sims. Olech Mortas, Chairman of the Emergency Senate, believes the Step could be used to contact an alien entity that might tip the scales in the conflict. And he's willing to risk his life to prove it.

Olech's son, Lieutenant Jander Mortas, has recently survived his first battle as part of the elite Orphan Brigade. The Orphans' new mission is to investigate suspicious Sim activity on the jungle planet Verdur—but what they discover there is far worse than anything they could have imagined.

Meanwhile, Jander's sister Ayliss has gone to the war zone as the governor of a new colony made up of discharged veterans. Ayliss soon realizes that she and the colonists stand in the way of both the Sim enemy and a sinister mining corporation with powerful allies.

All three members of the Mortas family are about to step into dire situations. 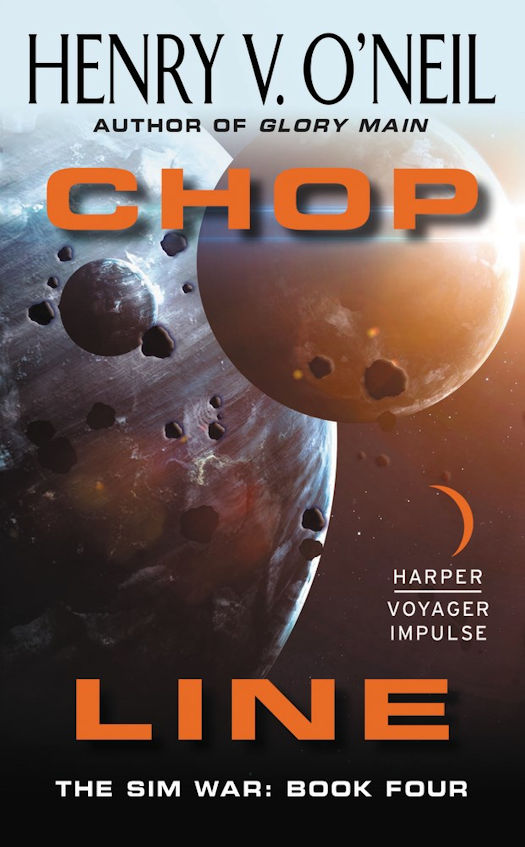 THE FOURTH INSTALLMENT IN THE GRIPPING SIM WAR SERIES

Things are looking grim for the human Alliance against the Sims. A revolution on Celestia is draining the war zone of badly needed troops, and Alliance Chairwoman Reena Mortas is being blamed for the debacle. Her husband and predecessor, Chairman Olech Mortas, remains missing in the faster-than-light mode of travel known as the Step.


Jander and Ayliss Mortas are putting their lives on the line against the Sims, he with the hardcore Orphan Brigade, and she with the elite, all-female Banshees. But when the mysterious alien shapeshifter from Jander’s past reappears, he is sent on a secret mission that could possibly allow humanity to finally communicate with the Sims—and end the war.


Meanwhile, Reena’s attempts to find her missing husband are yielding surprising revelations from inside the Step that could answer two of humanity’s greatest questions. Who gave us the Step? What is making the Sims? In the penultimate book of the Sim War series, the truth of these hidden space entities begins to emerge. 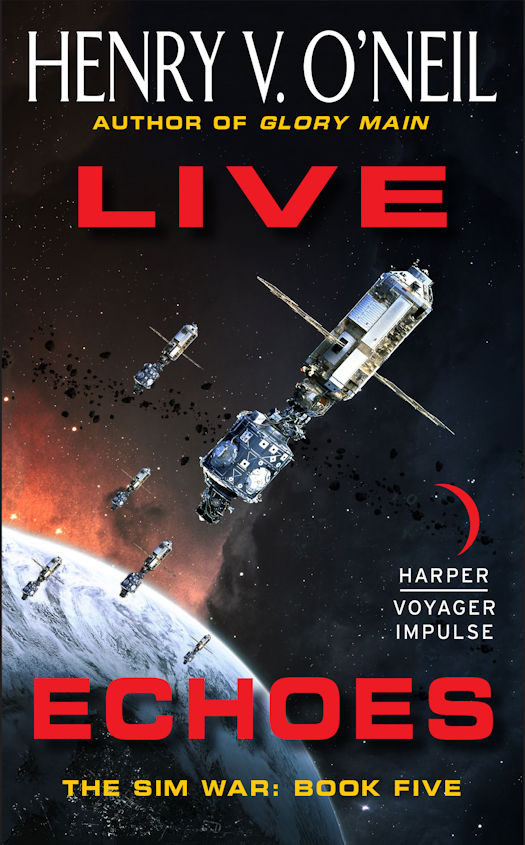 THE THRILLING CONCLUSION TO THE SIM WAR SERIES

There’s new hope for resolution of the decades-long war against the Sims: the discovery of Omega, a mysterious planet far from the fighting. Reena Mortas, the embattled leader of the human alliance, is betting everything that Omega could unlock the mystery of what’s creating the Sims.

Meanwhile, her husband and predecessor, the missing-and-believed-dead Olech Mortas, has made contact with the aliens who gave mankind the faster-than-light mode of travel known as the Step. Existing in a different realm, Olech is re-living the most important decisions of his life—while trying to explain human contradiction to a being that looks just like him, known only as Mirror.

Olech’s children, Jander and Ayliss, are still embroiled in the war. Jander has rejoined the Orphan Brigade on the mineral-rich planet Celestia, where he comes to believe what many of the Orphans feel: they’re supporting the wrong side. Ayliss, fighting in the all-female Banshees, is soon thrown into the losing war against the Sims, not knowing that every Banshee in the Human Defense Force is slated for an all-out assault on Omega that could win the war—or get them all killed.

Live Echoes is the gripping end to the Sim War series, and finally answers its central question: Where did the Sims come from, and why are they bent on humanity’s destruction? 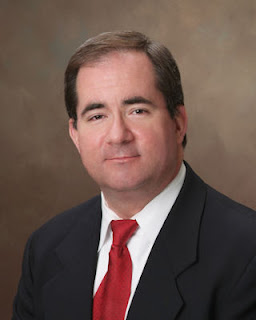 Henry V. O’Neil is the name under which award-winning mystery and horror novelist Vincent H. O’Neil releases his science fiction work. A graduate of West Point, he served for nine years in the US Army infantry both stateside and overseas. His five-book Sim War series (Glory Main, Orphan Brigade, Dire Steps, CHOP Line, and Live Echoes) is available from Harper Voyager. His website is www.vincenthoneil.com.