The winner of the February 2017 Debut Author Challenge Cover Wars is Amberlough by Lara Elena Donnelly from Tor Books. The cover art is by Victo Ngai. 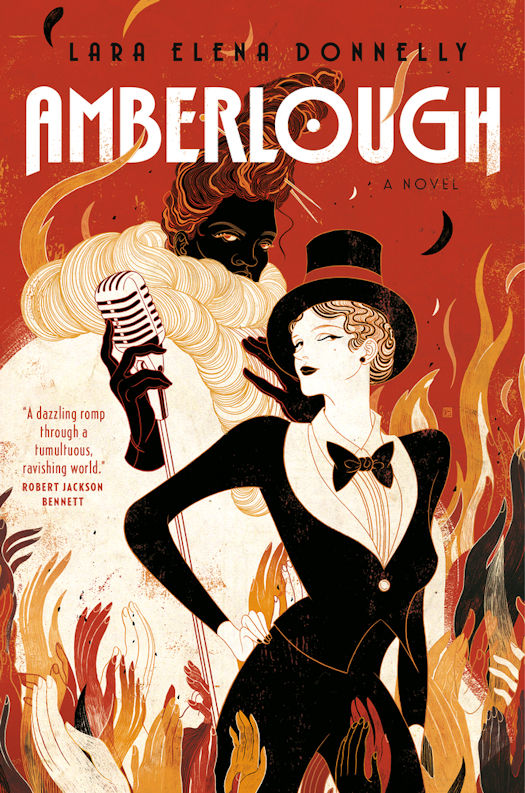 From author Lara Elena Donnelly, a debut spy thriller as a gay double-agent schemes to protect his smuggler lover during the rise of a fascist government coup

Trust no one with anything – especially in Amberlough City.

Covert agent Cyril DePaul thinks he’s good at keeping secrets, especially from Aristide Makricosta. They suit each other: Aristide turns a blind eye to Cyril’s clandestine affairs, and Cyril keeps his lover’s moonlighting job as a smuggler under wraps.

Cyril participates on a mission that leads to disastrous results, leaving smoke from various political fires smoldering throughout the city. Shielding Aristide from the expected fallout isn’t easy, though, for he refuses to let anything – not the crooked city police or the mounting rage from radical conservatives – dictate his life.

Enter streetwise Cordelia Lehane, a top dancer at the Bumble Bee Cabaret and Aristide’s runner, who could be the key to Cyril’s plans—if she can be trusted. As the twinkling lights of nightclub marquees yield to the rising flames of a fascist revolution, these three will struggle to survive using whatever means — and people — necessary. Including each other.

Combining the espionage thrills of le Carré with the allure of an alternate vintage era, Amberlough will thoroughly seduce and enthrall you.

"Sparkling with slang, full of riotous characters, and dripping with intrigue, Amberlough is a dazzling romp through a tumultuous, ravishing world." —Robert Jackson Bennett, winner of the Shirley Jackson Award and the Edgar Award 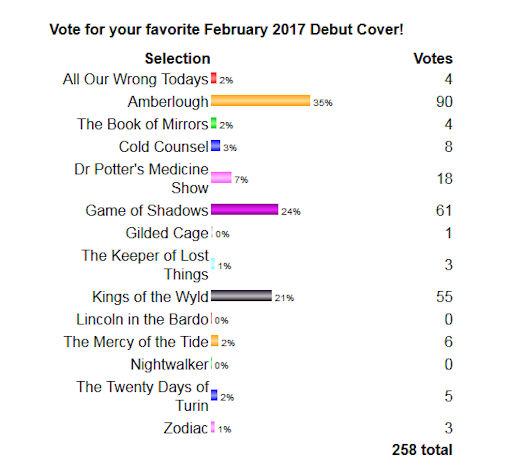 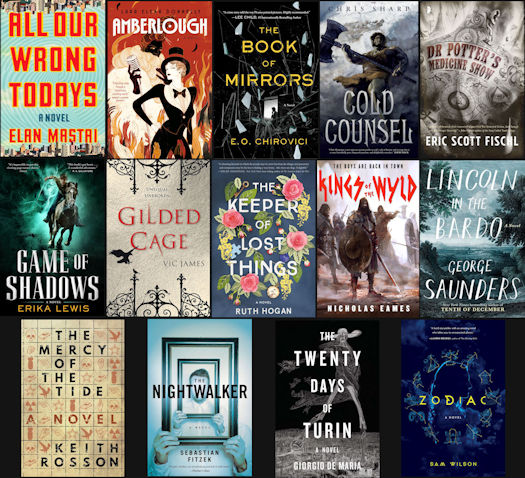