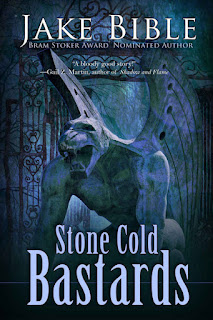 Jake:  I started writing when I was young, way back in elementary school. I was lucky enough to go to a school where we were required to not only write a short book, but to illustrate and bind it. I pretty much ripped off other ideas like the old Dungeons & Dragons cartoon, Bunnicula, Mercer Mayer stories. I've always had a seriously overactive imagination. I continued writing up through and after high school, but let it fall away as life got busy and I got tired of the old way of mailing in stories to markets and publishers. The internet changed all of that and when I could start submitting via email. So I decided to give it a go again. That was back in 2007 and I've been writing my butt off since.

Jake:  I'm whatever it takes to get the novel written the way it needs to be written. The last novel I wrote I didn't even jot down a note until the final chapter. Then I outlined that chapter so I could tie up the story. I've outlined entire books and followed the outline, I've outlined entire books and never once looked at the outline, I've done it every way possible. It really all depends on how well-formed the story is in my head when I start writing.

TQ:  What is the most challenging thing for you about writing? Has your writing process changed over the years?

Jake:  After 40 plus novels, the most challenging part of writing is to not be derivative. I have certain themes and archetypes that I steer towards when I write a novel, but I try to make each story's characters new and fresh. It isn't easy. As for my writing process, I haven't changed much over the years. My mind is hyperactive, so when the story is flowing, I let it flow. When it isn't flowing, I back off and do something– clean the house, run errands, watch Netflix, read, cook. But I pretty much have always had the same process of slow start, super fast finish. So far it works for me.

Jake:  A rag-tag team of gargoyles come to life must save the last of humanity from extinction before the demon-possessed hordes destroy the world.

TQ:  Tell us something about Stone Cold Bastards that is not found in the book description.

Jake:  One of the themes of the book is being the reluctant hero. Most of the gargoyles actually have a lot of contempt for the humans they are protecting. They understand that humanity needs to be saved, but if it wasn't for the magic that compels them, they may not exactly put their all into it. Overcoming that contempt is part of the hero's journey for many of the gargoyles. It was great playing with that dynamic.

TQ:  What inspired you to write Stone Cold Bastards? Why gargoyles?

Jake:  I came up with the name first. Stone Cold Bastards just popped into my head and I went, "Huh? What kind of story is this?" Then I realized that there are billion vampire, werewolf, zombie, and ghost stories out there, but other than a couple paranormal romances here and there, gargoyles have been pretty much neglected. Plus, gargoyles are made of stone and I knew they could just whomp the crap out of their enemies. I wanted to write a novel with some crap-whomping heroes that just kicked ass.

TQ:  What sort of research did you do for Stone Cold Bastards?

Jake:  Oh, man, I learned something huge! Did you know that what we generically call gargoyles are actually grotesques? That's where we get the word "grotesque" from! Gargoyles are waterspouts that usually are set at the corners of buildings whereas grotesques are any carved faces or carved statues that adorn a building. The stereotypical winged and fanged creature we all think of as a gargoyle is technically a grotesque. I thought that was way cool.

TQ:  In Stone Cold Bastards who was the easiest character to write and why? The hardest and why?

Jake:  The easiest character to write was by far Mordecai (Morty). He's the cigar-chomping, lead grotesque that acts all tough and gruff, but has a sweet spot for a few of the wards (humans) he and the other grotesques have to protect. Writing him came easy. I had a few hard characters to write, mainly the humans. Switching my brain from grotesque/gargoyle think and back to human think was not easy. I enjoyed being in Morty's head so much that when I went to write a human character I almost had a disdain for them. They were weak and soft and could get crushed so easily. They sucked. I had to work at making the humans likable and worth saving! It's kind of funny.

TQ:  Which question about Stone Cold Bastards do you wish someone would ask? Ask it and answer it!

Jake:  What type of novel is it? The genre is technically Contemporary Fantasy, but I think that classification (as many classifications do) misses the spirit of the novel. This is a dark, magical, post-apocalyptic, action adventure that I have tried to make as fun and entertaining as possible. It's a contradiction. I was inspired by those old war movies like The Dirty Dozen and Kelly's Heroes. The ones where the misfits are the heroes and you know most of them are probably not going to make it. Lots of jokes and sarcasm from the characters that helps mask the gravity of their situation. They know the odds are against them, but damn if they aren't gonna have a great time kicking ass and taking names along the way!

TQ:  Give us one or two of your favorite non-spoilery quotes from Stone Cold Bastards.

Jake:  One of my favorites is from Morty. “Guys, I have a big day ahead of me, so if we could avoid the one-on-one attacks, that would be great." Morty is facing several hundred demon-possessed "vessels" as they are called and he could care less about the numbers. He just wants to get the fight going and be done with it. One big, huge, violent brawl is what he prefers. I love it.

Jake:  Oh, wow, I have a lot coming up. I'm currently writing an urban fantasy for Bell Bridge Books called Black Box, Inc. It's like The Transporter meets Dresden Files. It's turning out to be a lot of fun to write. I also publish with Severed Press and have been releasing a lot of military scifi and space opera with them. What I'm looking forward to is tackling a new genre for Severed Press: LitRPG. Basically its when the protagonist is somehow transported/sucked into/merged with a role playing game/video game/online game and they literally have to play by the rules of the game in order to survive. Ready Player One is a good example, but true LitRPG goes even deeper than that. It's going to be cool to explore something new.

Jake:  Thanks for having me! 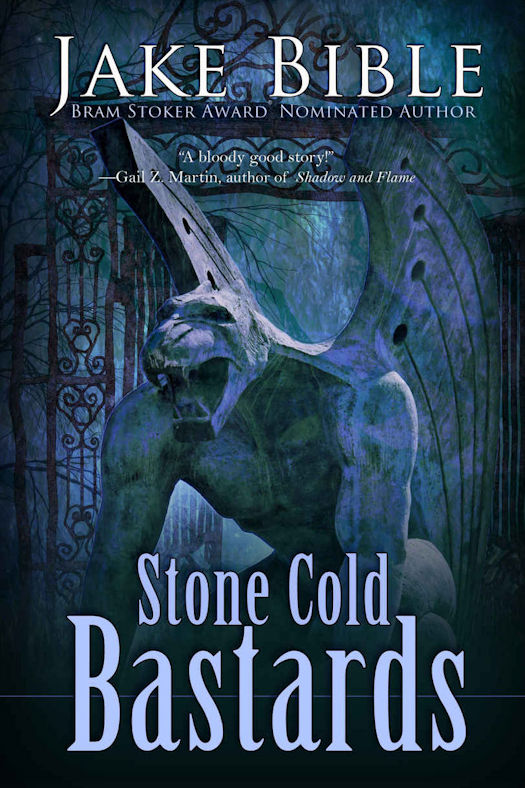 Only a rag-tag team of gargoyles stands between humanity and extinction.

Hell has released its ravening horde of demons, leaving most of humanity a puke-spewing, head-spinning mess of possession.

Humanity’s last hope? A team of misfit gargoyles—including a cigar chomping, hard-ass grotesque—come alive and ready for battle during the End of Days. They guard the last cathedral-turned-sanctuary atop a bald knoll in the North Carolina mountains.

Gargoyle protection grudgingly extends to any human who can make it inside the sanctuary, but the power of the stonecutter blood magic, which protects the sanctuary, may not be enough when a rogue grotesque and his badly-wounded ward arrive.

All the hounds of hell are on their heels. The last sanctuary is about to fall. 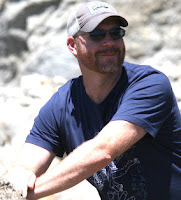 Jake Bible, Bram Stoker Award nominated-novelist and author of the bestselling Z-Burbia series, short story writer, independent screenwriter, podcaster, and inventor of the Drabble Novel, has entertained thousands with his horror and sci/fi tales. He reaches audiences of all ages with his uncanny ability to write a wide range of characters and genres. Other series by Jake Bible: the bestselling Salvage Merc One, the Apex Trilogy, the Mega series, and the Reign of Four series. Jake lives in the wonderfully weird Ashville, North Carolina. Connect with Jake on Facebook, Twitter, and his website: jakebible.com