Firstly, to all those reading this in Canada - Happy Thanksgiving. To everyone else Happy October 11th. I hope you have all had a great week. I didn't get a lot read but the two books I did finish were excellent. So what did I read?

I was really excited when I found The Paladin Caper by Patrick Weekes on NetGalley. I had it on pre-order from Amazon but now I got a chance to finish the last book of the fantastic Rogues of the Republic earlier than it's release date of October 27th. In this instalment Loch and her merry band of thieves and rogues are back trying to save the Republic from not only, the ancients but in many cases from itself. It all kicks off when the innocent/central figure in a diabolical prophecy - Dairy is kidnapped and going to be used to open the gate that will bring the ancients back. Unfortunately the rescue attempt wasn't completely successful and the ancients get through and start to insinuate themselves in the very highest ranks of the Republic. Loch and her crew need to use every resource, contact, friend and sometimes enemy to try to send the ancients back where they belong.

When we last left Loch she had almost died and almost everyone still thought she was dead, including her uncle. She doesn't have time to stay dead after Dairy is kidnapped and the ancients start to take over high ranking Republic officials (including her uncle) through the paladin bands which have been sold, as what could only be described in modern speak as a type of Apple watch. Now batting for the bad guys is the sentient warhammer Ghyl that has inside knowledge of Loch's crew after years of living with the love/death priestess Desidora. The odds are almost impossibly stacked against them especially as Loch's assassin sister and a rampaging daemon all want to see Loch really and truly dead. All is not lost for the Republic as Loch is joined with her friend and fellow soldier Kail, Desidora, the virgin loving unicorn Ululenia, the lockpick Tern, and her magician boyfriend Hessler, the former acrobat Icy, and the innocent farm-boy Dairy. This motley crew have it cut out for them in this exciting conclusion to the series.

I LOVED this book. It has everything in it I like - some action but not too much, great characters, excellent world building, well balanced humour and a tiny bit of romance (just enough to make it believable). The ending has so many twists and double crosses it had my head spinning. Weekes also writes for Bioware games including Mass Effect and the Dragon Age series. I really felt there was a resonance between some of the characters in the the Rogues of the Republic series and Dragon Age but love the games so more than happy to enjoy this author in a completely different medium. I can't recommend this series enough but start with The Prophecy Con as you don't want to miss one single word about any of these characters. Looking forward to whatever Weekes has in store next.

The second book I read this week also came from NetGalley which was Mind of the Phoenix by Jamie McLachlan. This book was released by in September so you can go order it the minute you finish reading this post. The story is set in the late 1800's and starts in a dark and filthy jail cell where the empath Moira is facing execution for murdering her master. Moira lives in a world where empaths are kept as either concubines or blockers but they are all owned nonetheless. Moira was once a concubine and repeatedly torture and abused by her master and killed him trying to escape. No one is more surprised than her when the police offer her a deal - a chance to have her sentence commuted if she helps them catch a serial killer who has murdered several powerful city leaders. Moira is soon paired with a handsome, yet somewhat mysterious Keenan Edwards who is not swayed by her beauty. When Moira discovers that the Phoenix (the serial killer's moniker) is another empath she is both determined to stop him/her before he/she murders someone else and is partly supportive of the crimes as the victims were cruel and merciless masters. What Moira doesn't anticipate is her growing attraction to the detective and her desire to see justice done even if it means she has no chance to escape being just another kind of slave.

I wasn't anticipating enjoying this book quite as much as I did. Based on the description it could have gone either way for me with either being too graphic or too romantic but I think Lachlan got the balance right. This is a very dark story as Moira's life and those of the other empaths are truly horrid. Forced into prostitution from an early age Moira has hardly had any kind of life. She was bought at nineteen by someone who is even more abusive than the owner of the pleasure house where she lived and this taints her outlook on life and plagues her very dreams. The Phoenix murder plot is well paced but not solved by the end of the book which just adds to the tension of the 'who dunnit'. There is however a murder sub-plot that is resolved. I felt that Lachlan could have left this second story line out completely as it was very predictable and somewhat stereotypical. I am still trying to figure out who the Phoenix is and will really be looking forward to the next book in this series.

That is it for me this week. I hope you have a great week ahead and Happy Reading! 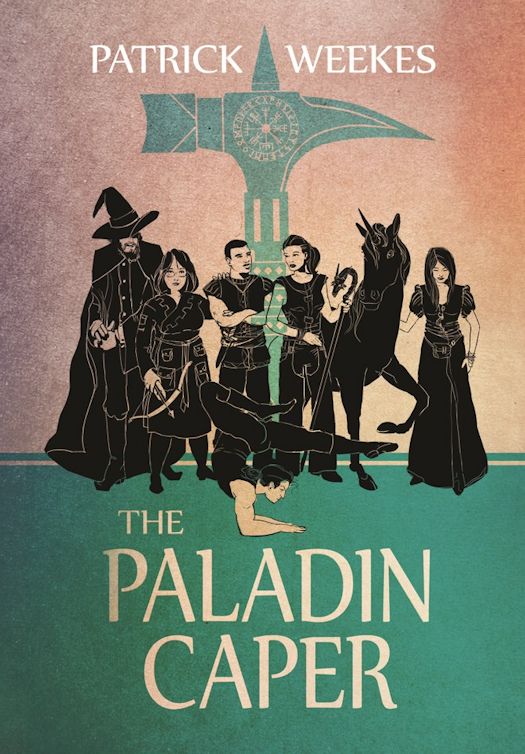 Loch and her crew are determined to stop the ancients from returning to reclaim the world they once ruled, but the kidnapping of a friend throws their plans awry. When a desperate rescue turns into a shocking reunion, the ancients return and seize power. Determined to stop them, Loch and the group look for a way to close the gate to the ancients’ world, but this time, they find themselves up against an enemy that has insinuated itself into the highest ranks of the Republic. Cruel, cunning, and connected, the ancients target the crew’s families and histories, threatening to tear friendships apart.

If that weren’t bad enough, Loch must deal with her treacherous assassin sister, her turncoat ancient friend, and a daemon who has sworn to hunt her to the ends of the earth. In order to save the Republic and pull off her largest con ever, Loch will need her friends…and maybe her enemies too. 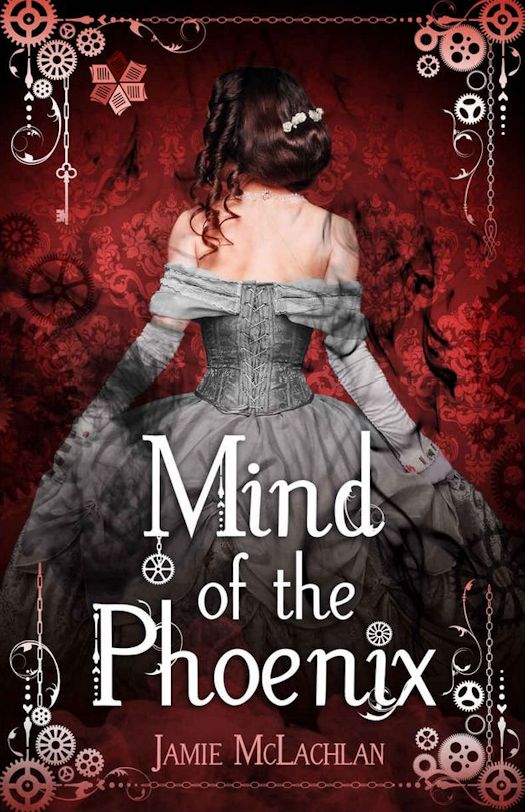 Moira is a powerful empath, a psychic graced with the ability to read emotions and memories. Her skill is as much a curse as a gift, for in the harshly stratified city of Braxton empaths are slaves. Clever and beautiful, Moira has learned to rely on no one but herself. Determined to escape life as a concubine, she kills her master, and is imprisoned for the crime.

This could be the end for Moira, but the government has need of her skills. A mysterious serial killer known as the Phoenix has been planting suggestions in his victims' minds that drive them to murder and suicide. To gain her freedom, Moira partners with Keenan Edwards, a handsome young detective, to stop the killer.