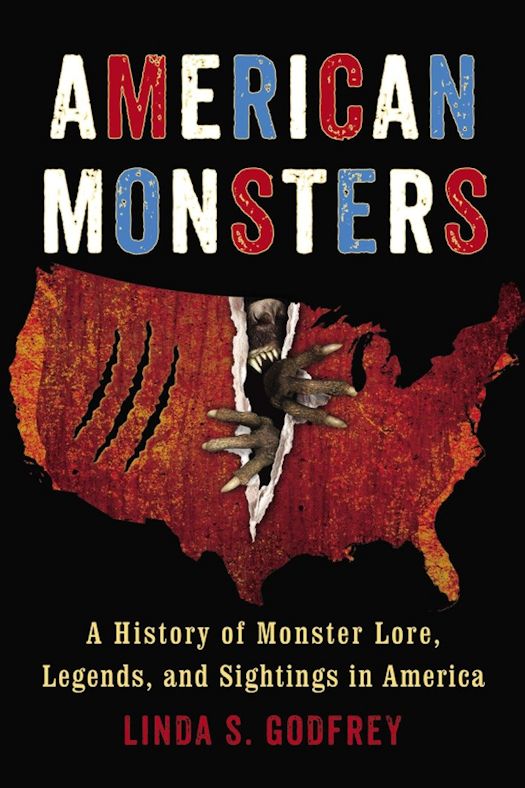 From pre-Columbian legends to modern-day eyewitness accounts, this comprehensive guide covers the history, sightings and lore surrounding the most mysterious monsters in America—including Bigfoot, the Jersey Devil, and more.

Bigfoot, the chupacabra, and thunderbirds aren’t just figments of our overactive imaginations—according to thousands of eyewitnesses, they exist, in every corner of the United States. Throughout America’s history, shocked onlookers have seen unbelievable creatures of every stripe—from sea serpents to apelike beings, giant bats to monkeymen—in every region.

I believe in monsters. I looked at several different polls over the last few years taken in regards to Americans and their belief in the supernatural, and it ranges between 20-45% of the population. So when I say I believe, I know I'm in the minority. Let me explain my belief. I believe because I want to believe there are monsters, not because I have any personal experience with one nor have I seen irrefutable evidence. I simply believe because I like the idea of there being a little unknown about our world.

It's been awhile since I've had the chance to read a nonfiction book on monsters. American Monsters is both educational and entertaining in how it presents its information. Linda S. Godfrey defines the word monster and then proceeds to break it up into three different subcategories; Air, Water and Land monsters. She then breaks the book up into the three categories.

Godfrey uses both historic and modern recounting of people's experiences with different monsters. Godfrey gives several different examples for each monster. Some are covered with more depth than others like the thunder birds, Jersey Devil, Mothman, Bigfoot, and Werewolves. I still learned about several monsters that were new to me. Several of the stories from eyewitnesses were very chilling and great fun to read. Godfrey does a wonderful job of keeping the pace steady and the stories entertaining. It makes reading a nonfiction book enjoyable instead of a chore.

American Monsters is a fast paced nonfiction book that helps shine the light on several different types of monsters. The author allows readers to make up their own minds on the subject without ridicule either way. There are no content issues that would keep me from recommending the book to anyone interested in the subject. I think it would be a great book to read this month at night with the family.